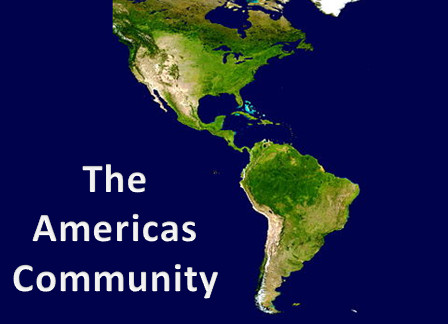 One America: Divided We Fall

First Summit of the Americas, Miami, 1994

We, therefore, resolve to begin immediately to construct the “Free Trade Area of the Americas” (FTAA), in which barriers to trade and investment will be progressively eliminated. We further resolve to conclude the negotiation of the “Free Trade Area of the Americas” no later than 2005 . . . We will build on existing subregional and bilateral arrangements in order to broaden and deepen hemispheric economic integration and to bring the agreements together.   1994, Miami Summit.

The campaign that Clinton initiated: One America, was very clever – using the duality of meaning to pit Americans against Americans when Clinton’s real goal was the Free Trade Area of the Americas – hemispheric integration of North, Central and South America.   The Free Trade Area of the Americas is open borders ostensibly for commerce – but commerce includes the free movement of people making it an initiative corrosive to sovereignty of the nation-state.  As such, FTAA was against the interests of all Americans (US) including minorities.

New Order of the Americas

Obviously, the plan to subvert the sovereignty of the United States yielding to a Liberal World Order (aka the New World Order) required a ground game to oppose Americans who would inevitably rise to defend the sovereignty of America.  Divide and conquer using race, religion, identity (anything but American) and federal money for “community development” was the strategy. 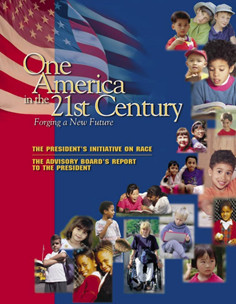 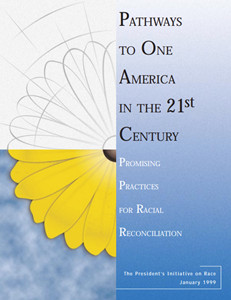 Unconstitutional Programs for a Treasonous Purpose

The President’s Initiative on Race.  This Initiative is a critical element in the President’s effort to prepare our country to live as one America in the 21st century. He envisions an America based on opportunity for all, responsibility from all, and one community of all Americans. The President recognizes that, even as America rapidly becomes the world’s first truly multi-racial democracy, race relations remains an issue that too often divides our nation and keeps the American dream from being real for everyone who works for it.

“Pathways to One America In The 21st Century: Promising Practices for Racial Reconciliation is a reference guide of race-based programs.  Promising Practices are defined as efforts or programs intended to increase awareness of racial issues; improve the lives of individuals who are affected by past and present discrimination, or eliminate racial prejudice and discrimination from societal institutions such as workplaces, schools and retail institutions.

May 11, 1999 – Background on the Clinton-Gore Administration’s Community Development Agenda 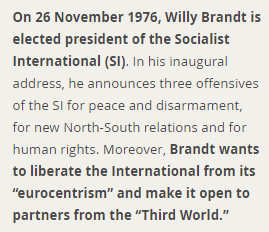 Jesse Jackson, leader of the Rainbow Coalition had to say at a conference on February 12, 1993.  He communicated the true nature of the race game:

The above video was from this article that has the covenants that Jesse kept referring to:

It looks like Clinton-Gore set up a strategy to rob the U.S. Treasury, put gangsters in charge through federal funding and programs, pit identity tribes against Americans in anticipation of the fall of America to a system of hemispheric governance under the OAS.