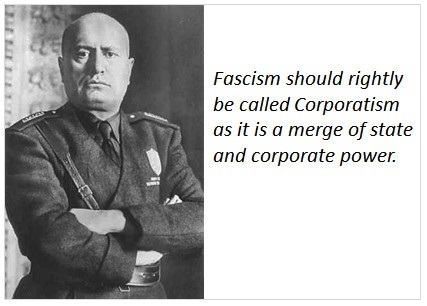 Posted By: Vicky Davison: May 13, 2021In: CorruptionNo Comments

On November 10, 1992, the New York Times published an article about the Clinton’s plans for conversion of the military industrial base to a domestic commercial, technology and systems development.  The idea was presented as government facilitation of all aspects of technology and systems development for the private sector, but it was really industry led domestic policy for the profit of technology corporations and the enslavement of the domestic population.  The title of the article is:  Clinton to Promote High Technology with Gore in Charge.  The following are a few excerpts from the article:

IF the promises of the Clinton campaign for science and technology now come to pass, America is headed for a new era in which the Government’s focus on making armaments will shift to fostering a host of new civilian technologies and industries.

At the heart of the Clinton plan is a change of focus in Government research priorities from military to civilian endeavors.

As a peace dividend from the cold war’s end, a minimum of $30 billion over four years is to be taken from the Pentagon’s research budget and put into advanced work in areas like robotics, smart roads, biotechnology, machine tools, magnetic-levitation trains, fiber-optic communications and national computer networks. Also earmarked are a raft of basic technologies like digital imaging and data storage, which are increasingly seen as the underlying secret of lasting commercial success.

. . . Most important, they say, business and government in this new era are to be partners, working together in an alliance that takes cognizance of market forces to produce a powerful new engine of technological advance.

The Clinton and Gore national technology plan was the same as the plan for conversion of the Soviet Union’s defense industrial base supposedly due to instability of the Soviet Union after the lame coup attempt on Gorbachev’s government.

The following is an excerpt from research on the Nunn-Lugar Cooperative Threat Reduction initiative which was the program to get control of the Soviet Union’s weapons systems.

A good explanation of the Cooperative Threat Reduction Program and the military’s part in it was found in a GAO report (GAO/NSIAD-97-101) to a congressional committee on National Security:

DOD’s program to convert former Soviet Union defense industries to commercial enterprises is part of the Cooperative Threat Reduction program, which DOD has supported since 1992 to reduce the weapons of mass destruction (WMD) threat.2 The program’s priority objectives include helping to

(1) destroy nuclear, biological, and chemical weapons;
(2) transport and store weapons that are to be destroyed; and
(3) prevent weapon proliferation. In addition to these objectives, the Cooperative Threat Reduction Act of 1993 authorized DOD to establish a program to help demilitarize former Soviet Union defense industries and convert military technologies and capabilities to commercial activities.

They converted technology as a tool to technology as a weapon against their own domestic population.  That was done globally to create an “elite ruling class ” against everybody else.