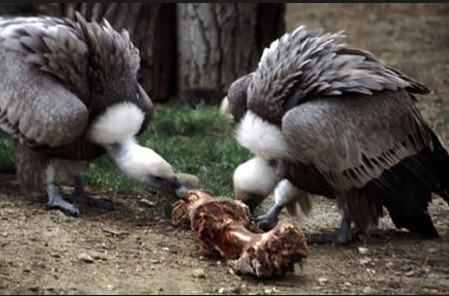 Bill Clinton appointed Carol Browner to be Administrator of the EPA in January of 1993.  Discover the Networks has a lengthy profile on her background that is worth reading.    Browner served as EPA Administrator for both terms of the Clinton Administration making her the longest serving EPA Administrator according to the DTN profile.  A retrospective look at Carol Browner’s tenure in government leads one to the conclusion that her career could be summarized by saying that she energized cannibals.

The following is a video of clips from two C-Span events broadcast during the Clinton Administration.  The purpose of including these clips here is to establish that Carol Browner was using supply chain in her application of environmental policy and that she knew Michael Porter well before the Clinton Administration and that he was looking at supply chain in terms of the environmental agenda.  Those things become important in terms of what they knew – and when they knew it and what they did.

At roughly 3:18 into the video, the speaker introducing Carol Browner talks about Browner’s “innovative partnerships”  giving an example of extorting Disney.  The extortion was that Disney was allowed to develop some property presumably for Disney World in Florida in exchange for Disney “donating” some land for a wetlands preserve.  Regardless of the benefit of the wetlands preserve, what Carol Browner did was to use her regulatory authority for extortion of Disney Corporation.  There is no way around it.  Even if Disney swore that it was voluntary, that wouldn’t be believable.

The leader of an organization serves as the model and sets the standard for integrity for the organization.  Carol Browner re-established the regulatory enforcement division of the EPA.  Her unapologetic use of extortion and regulatory racketeering to achieve her environmental objectives would have been infused into the agency as a standard of behavior for the EPA.   To be blunt, she turned the EPA into a criminal operation regardless of her perceived notion of environmental benefit.   If you take a life to save a life, you don’t get the moral high ground and Browner doesn’t get the moral high ground for what she did at the EPA.

Presumably, on the Disney deal, the land she extorted from Disney was already owned by Disney and was part of the land they planned to build on but it wouldn’t necessarily need to be.  Once the door is opened to extortion and regulatory racketeering, the land the EPA – or the BLM wanted or the Forest Service wanted –  could be anywhere.  In a case like that, the resources – muscle and money of a large corporation could be turned as a weapon against any property owner – anywhere in a 3rd party unconnected way.

This is the link to the entire program at which Carol Browner spoke on the Clean Act and Business Opportunities.  Listen to it for the corrupt and exploitable opportunities she is laying out as her environmental policy.   The intro for Browner is in the clip above so you can skip to 5:30 into the program to where Browner gets into the details.

To recap where we are at this point in the Clinton Administration:

Coincidently, in my email this morning, there was a link to an interview with William Black on the rigged global markets and the banks.  It’s relevant to what I’ve written because the reason banksters and Wall Street fraudsters aren’t being prosecuted is they are doing what the government organized them to do.  They were included in the restructuring of our economy by the Clinton Administration to support “Sustainable Development” as defined by Commerce Secretary Ron Brown – Trade, Technology and Environment – including the new “Marshall Plan” for Russia and the Soviet states.

This all makes my head spin around on my neck – but it was designed systematically with the assistance of people at Harvard.  They did an absolutely phenomenal job at destroying our country through the reinvention of government and the gutting of our economy.

I read a little bit about the Panama Papers and I suspect that a lot of what I suspect about the global economy will be revealed.  What I disagree with is that the problem is that the 1% can move money around for global investment while the 99% can’t.  That’s not the problem.  The problem is extortion, fraud and cannibalization of real economies – replacing real business with fraudulent businesses in the name of environmentalism.