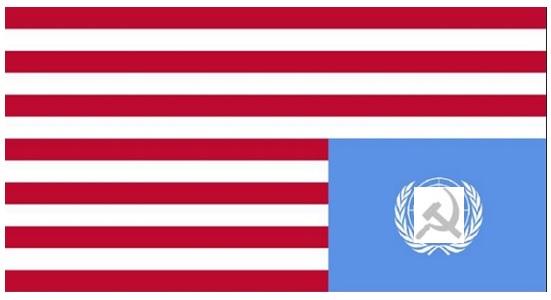 Marketing the Police State Through Dialectics

This morning after listening to the testimony of the witnesses in a 2015 hearing before the House Judiciary on Police Conduct, I understand now what the whole Black Lives Matter “movement” is about.  First, what it is not.  It is not about people and their interactions with the police.  It is about technology and systems for the police state.

The people in the BLM movement have been used in what amounts to street theatre with the script written by game theorists – and that’s game in the sense of manipulation of public perception.  In other words, the people who are members of BLM were used in a dialectic that serves the purpose of justification for systems and regimentation (standardization) of policing.  The systems and standardization across the country means nationalization of the police – one size fits all with centralized control in Washington DC.

It’s been an implicit part of the design of the entire Homescam Security System – fusion centers and police state technology systems from the very beginning.   The people who sell systems, training, standards and procedures packages always need justification for the cost of their systems and more importantly, they need a major event of some kind to justify the wholesale change of procedures and processes – and that’s true whether you are talking about a corporation or an agency of government.    In corporate-speak, it falls into the category of Cost/Benefits Analysis.  If safety or security is involved, the cost is measured in risk potential but cost and benefit are always paramount.

Amongst the public, the mainstream media serves the purpose of manipulation of public perception.  The very best propagandists in the media are selected to go to work in the political system.  The lowest level of “journalists” are just useful idiots who rewrite wire stories.  They are not allowed to think.

What the mainstream media has been selling the public is the idea that “reforms” are needed – and yet, every reform the Congress puts through, things get worse.  Why?   Because they are centralizing control in Washington DC – implementing communist systems of control and I say that with absolute certainty because the communist systems of control are technology-based and technology and systems is how I made my living – writing systems for corporations.

Sheriff David Clarke – 37 years in the business of policing.  He represents the rational, boots-on-the-ground police experience and he addresses the mis-perception of the police as represented by media coverage of events and on the Internet.  He talks about the statistical fraud and behavior issues in the urban areas.   He does however, also recognize that there are bad police who abuse the power they have.

Every other person on the panel defines changes to policing that when put together form what amounts to a strategic plan for imposing national standards, procedures and technology on our police departments.  If you control the standards, procedures and technology – and you implement the oversight systems for “accountability”, you control the process – whatever the process might be.   When you implement “accountability” systems to measure performance outcomes, the people become like trained seals (arf arf seals) who worry more about the statistics and their performance reviews than they do the function they are performing.

You can go to C-Span to listen to the entire hearing – and I strongly suggest that you do – at least through the witness statements.

I did take a clip of Deborah Ramirez.  The part that Ramirez plays in this script is to bring the elements together – “The Roadmap to Justice”.  She calls for the establishment of the soviets.  The word soviet is a Russian word for council or commission.  The following are things to know about Ms. Ramirez:

Ramirez hails from Northeastern University.  When Mikhail Gorbachev left the Presidio in San Francisco where he was involved with the State of the World Forum (~ 2005), he went to Northeastern University. The significance of Mikhail Gorbachev, State of the World Forum and the connection to a university goes back to the Helsinki Final Act signed in 1975 by Gerald Ford but I’ll get into that more in the coming weeks.

The bottom line is that We have a communist insurgency in this country and the hotspots of the insurgency are at the universities. We have communists and/or communist sympathizers embedded within our governments.   The technology systems that are being implemented regardless of whether you are talking about the schools, the fusion centers, the tracking and data collection on our highways, the smart grid and smart meters – NONE of those systems are American in the sense of loyalty to American values, history and heritage. They are systems that would have been developed and implemented in the Soviet Union, Communist China, East Germany and the eastern block countries. In other words, all of the countries that rule by tyranny.

The way these systems are marketed to the public is efficiency and accountability. With the capabilities of technology today, efficiency and accountability will turn your children and grandchildren into robots for the state. Children born today will never know a moments freedom in their lives if we are unable to stop the implementation of these totalitarian control systems brought to you by the communist insurgency in this country.

The following is an article about community policing written by Philips Worts, Detective of the San Diego Police Department in the year 2000.  It turns out he was right.

They say that pictures speak a thousand words.  I hope this one speaks volumes to you.