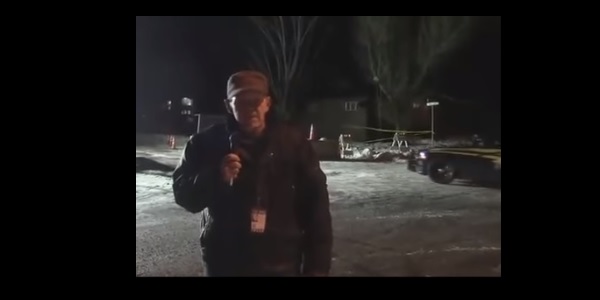 Posted By: Vicky Davison: May 07, 2016In: MichaelNo Comments

It’s with a heavy heart that I have to report that Michael Emry, Proprietor of The Voice of Idaho News, The Voice of North Idaho and The Voice of Grant County Oregon was arrested yesterday morning in John Day Oregon.

At approximately 10:30 pacific time, Michael received a phone call from the office of the RV park where they were staying.  They wanted Michael to come to the office.  He did – only to find that it was a ruse.  The FBI was there and they arrested him as he came into the office.

The FBI then proceeded to the 5th wheel where Becky was.  She said that when they told her to come out of the 5th wheel there were six FBI agents with machine guns pointed at her.  She was in her bathrobe and slippers.  They made her wait outside in the cold for three house while they searched the vehicle.  She said they tore everything up and took their computer hardware, disks, everything Becky uses to maintain the website and facebook pages.

Over the weekend, Michael is in Eugene.  On Monday he will be transferred to Deschutes, Oregon.

The search warrant may be viewed HERE.   It’s boilerplate except for the images of the 5th wheel and truck.

This is Michael and Michael is doing what he was in Oregon to do…. he was reporting.  He trying to establish a media operation in Grant County.  He was trying to make the people there understand how important media is in this time of treason and betrayal coming from within our government linked to a network of operatives in our communities.