Home Michael The Manufacture of Evidence 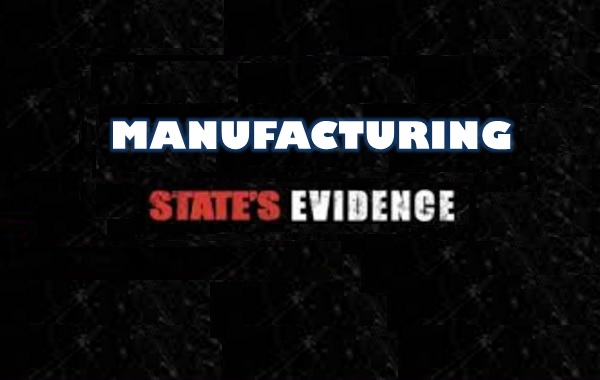 The Manufacture of Evidence

From the very first article Les Zaitz has tried to link Michael to the idea of “militia” and to a man named Scotty Willingham – notice the name, Willing-ham.  That’s a little joke on the public.

In the article titled, ‘Embedded’ reporter tied to militia arrested in John Day on weapons charges

“Emry is the second person connected to the refuge occupation arrested in Grant County. Scott A. Willingham, 49, was arrested in March for threatening to shoot federal officials. He subsequently was charged with stealing a federal surveillance camera, removed from a roadway near the refuge as a media stunt staged by the occupiers.  Before his arrest, Willingham approached Palmer to ask for sanctuary. Palmer refused, according to Grant County officials, and Willingham stayed with a local family before his arrest.

Is anybody really that stupid to threaten to shoot federal officials and then ask a Sheriff for sanctuary?   And the Sheriff that he sought sanctuary from just happens to be Sheriff Palmer…  the man that Lez Zaitz has been trying so hard to get rid of – to the point of harassment of the Sheriff.  OregonLive – Sheriff Palmer

I don’t think so.  I’m thinking that Scotty Willing-ham is an FBI plant and he had a B-Movie script that he was playing out. And I knew it from the moment I saw his photos above the article about Michael that followed Michael’s second pretrial hearing. 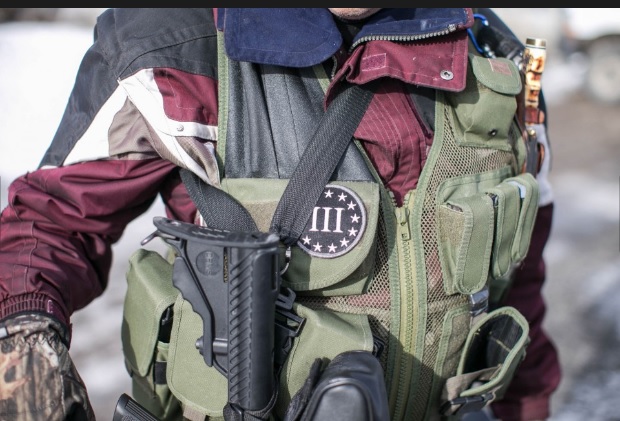 Do you notice anything unusual about that picture?   Scotty Willing-ham is wearing all brand new stuff. Even the strap on the weapon (presumably a weapon) is new and not a speck of dust on it.   A Hollywood costume designer picked out his wardrobe and dressed him up. 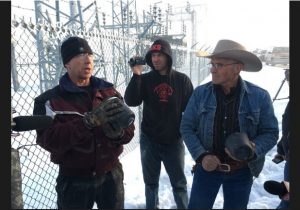 Willing-ham was involved in the taking down of the surveillance cameras from the utility poles along with LaVoy Finicum.

Notice the excessive drama as he talks about the camera and equipment.

Notice in this video, the excessive drama. Willing-ham seems to know a lot about the cameras as he dramatically opens the case and calls attention to them.

Somebody asked how they knew the surveillance cameras were there.  LaVoy said “it was reported to us”.  Trucks came out here and told us they were putting them in.  I wonder who reported that the truck was there installing them?   Scotty maybe?

To check my theory on Scotty Willing-ham, I looked up his case on Pacer, the federal district court case tracking system.   Mind you, Scotty Willing-ham was an active participant at the refuge.  He provided security at the entrance – making him a co-conspirator.  Presumably, he stayed at the Refuge with the others.   And he participated in the destruction of federal property at the site of an electric substation that is a key component of the electric grid which is a matter of national concern and national security because of the location – at a transmission grid substation.  And yet, they only charged Scotty Willing-ham with:

There is one document here that I found particularly interesting.  It’s an Order allowing discovery on the United States vs Bundy et. al.   and it was signed two days before the plea agreement was signed.  Why would the attorney for a guy charged with what amounts to a petty crime that they didn’t connect to the occupation of the Refuge need access to all of the discovery documents for the Bundy matter et. al?

Keeping in mind that hearsay is allowed at pretrial – could it be that this is the way the prosecutor manufactures evidence as necessary to ensure that the real targets which are the Bundy’s et. al, are convicted?  It’s kind of like outsourcing evidence creation – literally manufacturing state’s evidence.  They create what I believe to be a fictional character (alias) Scotty Willing-ham as a plant and then use him in an unexpected way – which is really to allow outside management of evidence outsourced to the attorney of the bit player the government created.  Why would I say that besides the minor charges applied to Scotty?   It’s because Scotty was assigned a federal public defender at first but the Judge Anna Brown, assigned him a private attorney.  Why?   The charges were minor and there is video evidence that he did it.  The case was a “slam dunk”.  It didn’t even require a plea agreement.  Guilty was a given.

Case in point on evidence “creation”.  In this article written by Les Zaitz, published on May 28th, he quotes Scotty as saying:

Scott Willingham, one of the militants who was part of the security force, told The Oregonian/OregonLive that Emry was at the refuge not only for media purposes but because of his weapons expertise. He was not the informant in Emry’s case.

Early in the occupation, he noted, Emry was set up in one of the small houses reserved for refuge employees when most occupiers shared sleeping quarters in a bunkhouse. He also said that he knows of one occupier who obtained an AK-47 semiautomatic rifle from Emry.

The above is a complete fabrication.  Michael never spent one night at the Refuge and he wasn’t there as a “weapons consultant”.  Michael was in town at the Silver Spur with all the other reporters and the motel records will prove it – but because it’s printed in the newspaper, the prosecutor can use it.  It’s hearsay and hearsay is just anything anybody wants to say.  See how that works?

Scotty would be useful – except that he’s kind of a moron to say something that is demonstrably untrue.  Not to mention that he is a very bad actor.   I asked Michael if he knew who Scotty was.  He didn’t know – except that he said there was one guy one time that was being overly dramatic talking about how the FBI being at the airport was martial law – apparently trying to get people stirred up – unsuccessfully.

Hearsay evidence hearsay printed in the newspaper by a bit player can then be used as leverage to get one of the other defendants to make a “confession” to something even if not true – in exchange for a plea deal.  None of it has to be true, it all comes down to what they can get people to say for a plea deal.