Home Twin Falls Hostility in the Open in Twin Falls 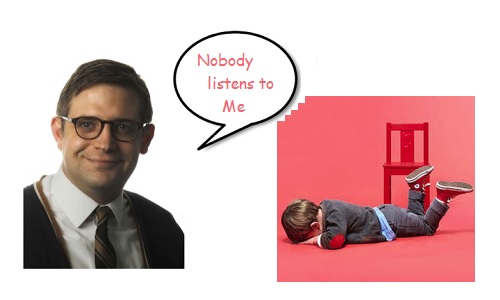 Hostility in the Open in Twin Falls

The Saturday morning editorial from the Twin Falls local newspaper was a whining rant by the publisher concerning the activities of opponents of refugee resettlement program in Twin Falls.  He went on a major tirade about the coverage Pamela Geller has been giving to the issue. 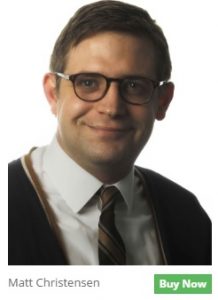 I can’t help but to comment on the irony of the Buy Now box to the right of Matt Christensen’s name under his picture.    Matt Christensen is a good little soldier for Pravda USA.  He is the editor of the Magic Valley Newspaper in Twin Falls, Idaho.  He sold out to the promoters of a radical un-American agenda.  He maintains strict control of the narrative locally but now he’s crying because he couldn’t keep the dirty little secrets of Twin Falls in Twin Falls.  Too bad Matt.  The days of the mainstream media being able to manipulate public perception and define public opinion are over.

Matt takes the position of defending the importation of foreign culture to rural areas at the same time he denigrates the Americans who oppose the destruction of their culture and their rural way of life.  What do we call people who take sides with foreigners against their own countrymen Matt?   I bet if you think hard, you can remember the word.   But maybe you are too brainwashed by the globalists to remember it.  The word is TRAITOR, Matt.  You are a TRAITOR as are your ilk who are defending the occupation of our country.

The narrative that you can no longer control is that what is happening to our country is perfectly normal.  There is NOTHING normal about it.  It is a global agenda to destroy the nation-state system of political organization.  The strategy of this globalist agenda is to destroy all national symbols, culture, language, tradition, norms and values along with our borders.   It includes bankrupting our country as Americans are asked to pay for new infrastructure, education, health care for the millions of foreigners who are flooding into our country.  Americans are being displaced in our labor markets and are being put at the bottom of the list for assistance.  So-called refugees are placed at the top of the list.

Political Cartoon in The Economist for The New Political Divide

Farther down in Matt’s editorial, he wrote:

“Sure, rentals are getting harder to find in Twin Falls, but it’s not because of a “sudden crush of refugees.” The College of Southern Idaho’s refugee resettlement center has been relocating about 300 people a year like clockwork for three decades — there’s nothing sudden about that. The rental problem has little to do with refugees and everything to do with our booming economy and the fact we’ve added 5,000 new jobs in the food-manufacturing sector alone and thousands of new residents who’ve moved to the area to fill them.”

The biggest percentage of those 5,000 jobs is at a yogurt company called Chobani.  An Economic Development group named the Southern Idaho Economic Development Organization (SIEDO) recruited Chobani to move to Twin Falls – and they were able to get grant money, state business incentives, preferential loans, Urban Renewal Funds and tax increment financing (TIF – on the taxpayer’s backs) to get Hamdi Ulukaya, a Turkish Kurd to build the factory here.  SEIDO is embedded in the president’s office of the College of Southern Idaho along with the Refugee Resettlement Program.   [Research on Economic Development –  SEIDO]

Residents of Twin Falls were told that the jobs created would be for Idahoans – and they were for about a year and a half or so.  Then, Chobani  laid off their American employees and they started importing Muslims from the Middle East for those jobs.  The end result is that the refugee resettlement program really serves as a cover to have taxpayers subsidize services for a “private business” that is also highly subsidized and that imports foreigners for its jobs in what is obviously a program of changing the demographics of the area.   Succinctly, Idaho taxpayers are paying to destroy themselves culturally and economically.   And damn us for noticing right Matt?

Last February, there was a meeting of the Twin Falls City Council at which a woman representing a group called The Magic Valley Refugee Advocates made a presentation concerning her application and letter of intent to apply for a grant being offered by a group of billionaires who head up an organization called the Partnership for a New American  Economy (PNAE).  I called them Globalist Reptiles in the title of the article.

It was somewhat confusing because the woman associated herself with refugees by the name of her organization, but the PNAE presents itself as being for immigrants:

What she needed from the City Council was tacit approval and a representative from the city on her steering committee.  The purpose of the grant was to do a survey of needs and services for new immigrants to the Twin Falls area.

At the time, nobody from our side was quite sure what the whole thing was about and why Michael Bloomberg and his crew would be providing this money for a report.   As it turns out, I’m on the email list of Tom DeWeese’s American Policy Center.  On July 20th, I got an email report titled, Listen This Time or HUD Will Destroy Your City.   My Ah Ha! Moment came when I read the excerpt from the article below.  Michael Bloomberg and the globalist reptiles are providing grant money to produce the report required by HUD.  The obvious purpose is to keep the report and the purpose of it away from public view.  If the report was produced with public money, it would have to be published and those “upstanding citizens” – the city officials would have explain.

Do you think that sounds harsh. Well, Mr. and Mrs. Property Owner, tell me how harsh this sounds! As reported by John Anthony of Sustainable Freedom Lab:

These are the rules your locally elected representatives are forced to agree to in order to get that “free” grant money. And nearly every city council and county commission in the nation has already taken such grants.

“the mainstream media, the entire city council, city staff, the police, the county prosecutor’s office, the city’s major employers, the local community college, several state Republican lawmakers and a federal prosecutor are complicit in a conspiracy”

will no longer be possible.   Deal with it Matt because we are not giving up our country so that you and your ilk can feel good about yourselves. 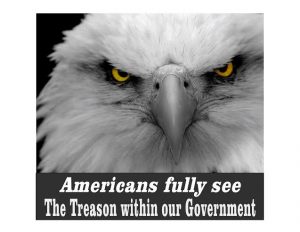