[Note:  I’m taking pains to respond to this so be patient because the reason will become obvious]

On the Voice of Grant County Facebook page, one of the moderators posted a meme about something a Forest Service Manager is alleged to have said in the 1990s.  Immediately, there was a troll who claimed that it was fake news.    I don’t know who produced the meme but after what happened this morning, I suspect that it was a set up for The Voice of Grant County facebook page.   For the record, I didn’t post the meme, I just commented on it.

What I got in my email this morning is a notification that I didn’t know where the comment is – nor how to respond to it (I do now because I read the fine print).  I did however notice the #fakenews and if I were a betting person, I’d bet that is a twitter account for the Southern Poverty Law Center goons who are all over the west feeding information back to the SPLC who then passes it on to the FBI who then adds that information in the terrorist watchlist databases.   As everybody knows, it’s the patriotic Americans that SPLC watches and reports on.

The thing that got my attention first though was the source of the post – GC Economic Development.   That was a ah ha! moment…   the foreign invasion is about to begin in John Day and it will be easier if they can cut off information from the outside and that is their pattern – control the media in the area first.   Notice the sign on image of the GC Economic Development webpage.  It’s a sign for an industrial park.  That industrial park no doubt will be built with EB-5 foreign money.  The foreign investors will get tax breaks which ultimately amount to a virtually free business for them.  The people in John Day will get property tax increases to pay for new infrastructure and if they follow the pattern they did in Twin Falls, Idaho, they won’t even get the jobs after the government subsidies run out.

Economic development is a strategy to create debt – not to benefit the people of the local area.   Greenfields development which is what it would be in John Day is development in rural areas where the tax base is very small relatively speaking.  When foreign money comes in, the local town officials are “incentivized” (read bought off) to incur the debt for “job creation”.  Ultimately, the Houston Terms (1990 – G7) of the Paris Club debt-for-nature swap will occur.  (Actually, it’s not clear if they are already executing the debt-for-nature swap allowing foreign money to come in to takeover American land.  That could be the reason for allowing foreign development of greenfields in the first place).

During the occupation of Malheur in Burns County, I started looking at Les Zaitz because he was focused on the people who were protesting and not looking at the reason for the protest.  In the research I was doing, I found that Les Zaitz was the president of the Grant County Economic Development Council (GCEDC).  The GCEDC was the dba name of The Institute For Conscious Culture – a foreign owned corporation.

And it was discovered that the man who set up Michael Emry was actually a career FBI informant who sets people up for a living.  He works with both the FBI and the JDL.   It was found that he was even leader of a KKK group.  Of course this kind of activity in an area draws accusations of “racism” which – in the past has shut people up so that the COMMUNIST THUGS could get away with what they want without objection from the locals.  There is a pattern here and they keep repeating it over and over and over.

Another article that I wrote and posted on the Voice of Grant County website about the repeating pattern was lost when I didn’t renew the website.  But “miraculously”, that website was recovered by somebody and is now in the Internet archive.  Somebody with pull had to do that because I sure don’t know of a way to get a deleted website back.  A couple of months ago, just for the hell of it, I checked the archives to make sure it wasn’t there – but it was there and I recovered it:

Metro Makers at the Door

So what is it that they are going to be doing in Grant County?   International Corridor.  Inland Port. 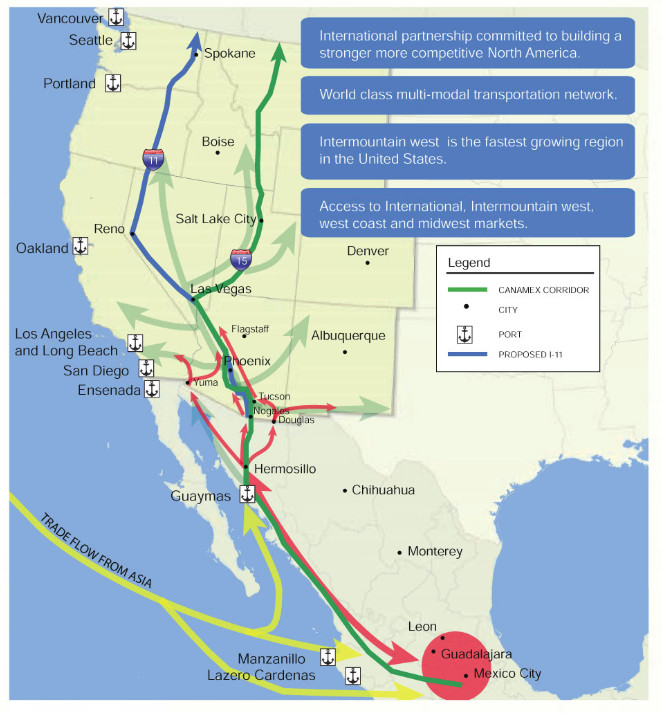 I don’t have time to finish this today but I wanted to give a heads up to Grant County.  Wake up Grant County, the trojan horse of “economic development” is headed your way.