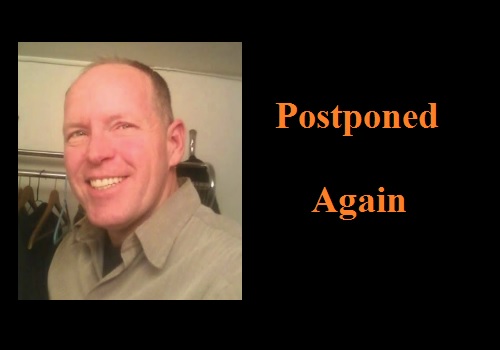 Michael Emry continues to sit in jail without benefit of due process.  The hearing for pretrial release that was scheduled for today was postponed yesterday afternoon.   Apparently, this postponement was requested by Michael’s attorney.  This is the third postponement she’s requested.

It’s not clear why she requested a postponement except that she hasn’t had much time for Michael’s case.  We were told that she filed a motion to suppress information that the prosecutor brought into the case concerning a 2004 case in Nashville in which Michael was a witness for the prosecution but the motion is not listed in the Pacer filings.  Supposedly she will have a little time to spare for Michael today so she can explain.

His attorney did tell him that “they are not going to let you out”.   I thought those were decisions a judge made – not a prosecutor.  She also told Michael that she didn’t want to request a release now because it would lessen his chances of a pre-sentencing release after the trial.  Maybe it’s just me, but there is an assumption embedded in there that Michael will be found guilty which means to me that she’s really not thinking about a defense.  I could be wrong – but that’s the way it seems to me – not to mention the fact that it leaves Michael sitting in jail for an indeterminate amount of time which in effect is exacting punishment on Michael without a trial.

There is something very wrong with this process.  This is not the way the American justice system is supposed to work.