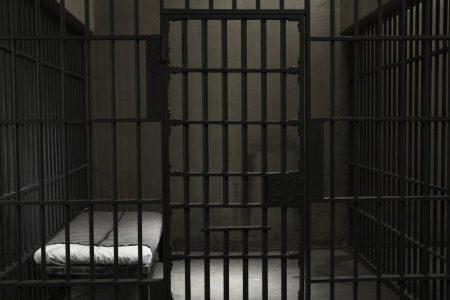 The Billionaires War on Americans

Yesterday, Alex Jones reported that leaked documents confirm that there is a purpose behind the so-called migrant crisis and it is connected with George Soros and his NGO groups.  A group called DCLeaks published a report of Soros’ Open Society Foundations titled Migration Governance and Enforcement.  It is obviously part of a series of documents under the heading of International Migration Initiative.  It’s dated May 16, 2016.

The following are excerpts from the report (emphasis and link added):

A review of this portfolio at this point in time will help us consider the effectiveness of the approaches we have used to achieve change at the international level. This is all the more relevant now, as the current refugee crisis is creating space to reconsider the governance of migration and the international refugee regime.

…IMI’s 2014-2017 strategy on Governance sought to strengthen norm-setting at the regional and international levels to more effectively protect the rights of migrants. Our support to the field aimed to: (1) strengthen civil society interventions in international policy debates; and (2) build the capacity of policymakers to better manage the challenges of migration…Our premise for engaging in work related to governance was that, in addition to mitigating the negative effects of enforcement, we should also be supporting actors in the field proactively seeking to change the policies, rules, and regulations that govern migration.

Within the categories of work under review (Governance and Enforcement), we have supported leaders in the field, including think tanks and policy centers, civil society networks, and individual members of those networks, to shape migration policymaking and influence regional and global processes affecting the way migration is governed and enforced.

Simply stated, the migration crisis is a dialectic to create the need for governance at the global level.  The design of the global system of governance is intended to eliminate the need for nation-states.  Nation-states are being dismantled and/or disintegrated – to be replaced by regional soviets like the European Commission (European Union) and the Commission for Environmental Cooperation (North American Union).  It should be noted that the NAU is behind the EU in terms of governing North America but they have made a lot of progress in the last decade and a half.

Last spring, TVOI News along with concerned citizens in Idaho led a campaign to oppose a bill that came before the Idaho legislature.  The number of the bill was S.1067.  The following is the statement of purpose for the bill – emphasis added:

On September 18, 2014, Congress passed the Preventing Sex Trafficking and Strengthening Families Act which includes the requirement for all states to enact the 2008 Amendments to the Uniform Interstate Family Support Act during the 2015 legislative session. These amendments incorporate provisions of the 2007 Hague Convention on International Recovery of Child Support and Family Maintenance and will improve the enforcement of American child support orders abroad.

The text of the legislation had a direct reference to the Hague Convention and it requires Idaho Courts to recognize the orders of foreign courts.  It also called for Idaho H&W personnel to use a system developed by the European Commission called iSupport.  The iSupport System is under control of the Secretary General of the Hague Conference.

The entire experience was a demonstration of the power of NGO’s in collusion with the mainstream media, our state government and federal government to cannibalize our government functions – handing over power and control to an international body – in this case, the Hague Conference.

The report above produced by George Soros’ Open Society Foundation and their use of NGO’s to promote policy contrary to our country’s interest is an important piece of the puzzle for how legislation like S.1067 is being forced upon the citizens of this country.  The promotion of global solutions at the national and state levels is done under the radar so to speak because it involves the administrative layers of government.  Because the money for the promotion is coming through private hands, there is no visibility, no oversight and no controls.

In February of this year, activists in Twin Falls, ID became aware of a City Council meeting at which a woman representing a group called The Magic Valley Refugee Advocates (MVRA) would be making a presentation on a Gateways Challenge Grant.   The Gateways Challenge Grant was being offered to NGOs by a group called the Partnership for a New American Economy.   TVOI News attended the meeting and wrote this article about it.  Greg Lanting, the City Council member who recently made himself infamous with his scurrilous remarks about the family whose daughter was sexually molested by some former refugee boys offered to participate in an unofficial capacity with the MVRA if they were awarded the grant from PNAE.  It was also clear at the Council Meeting that Mayor Shawn Barigar who is also the President of the local Chamber of Commerce had been involved with the MVRA for the purpose of discussing the grant before the public City Council meeting.  Presumably, he did that in his capacity as President of the Chamber rather than as Mayor of Twin Falls.

When one views the activities of George Soros and the use of the refugee “crisis” for the purpose of building global governance – cannibalizing our national government plus the activities of Michael Bloomberg and his crew pushing for immigration reform which no doubt will be an international solution, it shapes up to be a war of billionaires using armies of NGO’s to engage in acts of destabilization and sedition.   They are pitting American patriots against NGO’s who have the financial backing of billionaires who are using the hidden flows of money to private hands to promote their agenda of the destruction of our nation-state.

One more example involves Bill Gates and Microsoft.  In about 2006 or thereabouts, Idaho Eagle Forum researchers (Jane Lesko-Eden and I) found a contract that Bill Gates signed with UNESCO to promote UNESCO’s programs as integral requirements for Microsoft software for schools and by definition UNESCO’s Education for All programs as a basis for high school redesign promoted by the Gates Foundation.

In summary, George Soros is in the spotlight because smoking gun documents from his Open Society Foundation were revealed but billionaires – Michael Bloomberg et al, Bill Gates and others deserve to share the spotlight with him.    They may have a lot of money in the bank, but they are still just men who put their pants on one leg at a time just like everybody else.   They have been using their money for the purpose of sedition and treason and they shouldn’t be allowed to get away with it.