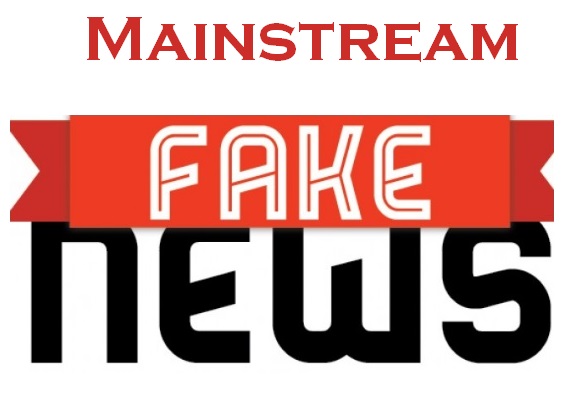 [This Letter to the Editor is in response to a Washington Post article titled, In Twin Falls, Idaho, co-dependency of whites and immigrants faces a test.  It’s in the business and economy section of the paper]

The Washington Post is very wasteful.   They sent a pseudo-reporter to Twin Falls, Idaho to get a couple names and pseudo-facts for a pre-conceived article.  A pseudo-fact is something that is written as if it’s true because the subject was discussed, but the person who was interviewed by the pseudo-reporter didn’t say what he wrote.   The pseudo-reporter wrote what fit the desired impression for the pre-conceived article.   The on-site visit was simply to give the article the sheen of legitimacy because the Post is a newspaper of record and they would never outright lie, they just write pseudo-factual articles that fit their narrative using location as a backdrop.

The picture of me for the pseudo-factual article written by the pseudo-reporter is perfect.  I normally don’t allow pictures because of my age and I’m not photogenic anyway.  Kim Raff took probably 20 pictures and selected the worst.  It was a perfect choice for this fake-news article.

The real sin that drew the attention of the Washington Post was that a small group of people in Idaho had the audacity to organize to work together to call attention to the fact that refugee resettlement is a Marxist cultural and economic war on the rural west.  The supporters of the program are making money on it while debt is being created for the local taxpayers.  The insult to injury is that we are being forced to pay for our own destruction.   Humanitarianism is the pseudo-factual narrative for refugee resettlement making it politically incorrect to say anything different.

One thing the pseudo-reporter did get sort of right is that I said it’s not over just because Trump won.   He wrote that I said there will be no reconciliation.  I didn’t say that exactly – but ok, I’ll go with it.  It’s close enough for mainstream news.

The following are corrections to the pseudo-reporter’s pseudo-facts as it pertains to this writer.

He wrote “Davis, the retiree, said she had once earned $125,000 in the computer industry in Manhattan and lost her job because of outsourcing and a visa program that paved the way for foreigners.”

I never said I lost my job in Manhattan because of outsourcing and a visa program.  I left Manhattan before the economic war on American workers began. The economic war on American workers began in 1995 when the World Trade Organization formally came into existence.  The impact of it didn’t begin to be felt by a large enough group of IT professionals until sometime between 2000-2001.

What I said was that outsourcing IT jobs to India and the importation of Indians on H-1B visas destroyed the job market for American IT professionals, Engineers and other white collar professionals as well.  And it did.  Under the World Trade Organization (WTO) agreements, Trade-in-Services put American jobs on the global market for Americans to compete with the lowest wage workers in the world on our own soil.  A “Service” is a job or a person who fills the job.

Under the WTO system, Four Modes of Trade in Services, labor of all types – white collar and blue collar became tradable commodities and under the WTO commercial trading system, there is no national advantage allowed to “domestic commodities” so you – as an American worker aka Commodified Service Provider have no advantage in the American labor market over any foreign imported worker regardless of how they reach our shores.  I posed the question, What kind of country does this to their own people?

On my old website, Channeling Reality, in a directory I named ponerology which is the doctrine of evil, I wrote about it in a multi-part story called Guest Worker: Slave Trading and Management System so you can read about it for yourself.

“The vast majority of Democrats and Republicans say the refugees deserve a chance in the United States… Still, according to residents and officials, an increasingly vocal minority has been emboldened by Trump’s rise, rallied by his message about strict immigration controls to guard against “radical Islamic terror”.

This is completely false.  It had nothing to do with Trump.  He hadn’t even announced his run for the presidency when The Voice of Idaho News (TVOI News) began reporting on refugee resettlement in Idaho, followed by the formation of the Committee to Stop the Refugee Resettlement Program at CSI (approximation of the name).

TVOI began with an investigative report on the International Rescue Committee in Boise in October of 2014 and I wrote a series of eleven articles on the subject but the very first article I wrote about it was in 2011 – Immigration as a Racket.

It’s not clear why the Washington Post reporter put quotes on “radical Islamic terror”.   My guess would be that he hopes his readers are dumb enough to believe that radical Islamic terrorism doesn’t exist.  If there really are such people, they probably also believe that if you close your eyes and click your red shoes three times, you’ll be back on the farm in Kansas. 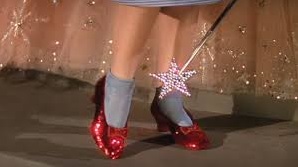 Here is a paper written, property of the United States Government, published by the Strategic Studies Institute at the U.S. Army War College titled The Military Strategy of Global Jihad by Sarah E. Zabel.   I found another website that is keeping a score card on terrorist attacks by radical Islamist terrorists. It’s a simple thing to do a search on “radical Islamic terrorism”.   It’s exists.  It’s real and the quotes around it are an insult to every adult who even half way pays attention to the news.

As far as the unemployment rate in Twin Falls is concerned, I didn’t think there was anybody left who didn’t know that the government’s unemployment statistics are fraudulent.  They only count the people who are collecting unemployment insurance.  If you don’t have a job by the time the unemployment insurance runs out, you no longer count for anything.  You cease to exist.  If Twin Falls did have that low of an unemployment rate, I don’t think the driver for the refugees would be making only $8.00 per hour driving them out to their job where their wages are subsidized and they are making more money than the driver who pays the taxes that provides that subsidy and the all expenses paid ride to work.   Do you feel like a sucker Bob Schmidt?  You should.

Farther down, the reporter wrote,

“One member made a presentation about government overreach”.

He was referring to me, but I told him specifically, I am not a member.  I’m not a joiner.  Also, my presentation was not about government overreach.  It was about Globalization as it said on the program. The fact that he misreported it is no doubt due to the section of the newspaper where the article was published – Business and the Economy.

It wouldn’t do to have the Washington Post readership understand that it is they who are living in a methane-filled bubble not we, the people of Idaho.

Even though I didn’t give a powerpoint presentation, I began making a slide show intending to keep it for sometime when I do a presentation on globalization.   I brought them to the meeting to speak from and I passed around the World Federalist conception of the organization of the global federal governing system so that everybody could see it.

The slides in the original article were in a slider that I no longer have.  I did have the powerpoint on my hard drive that I turned into a PDF.   March 25, 2020

Powerpoint on Globalization for the November 14, 2016 meeting.