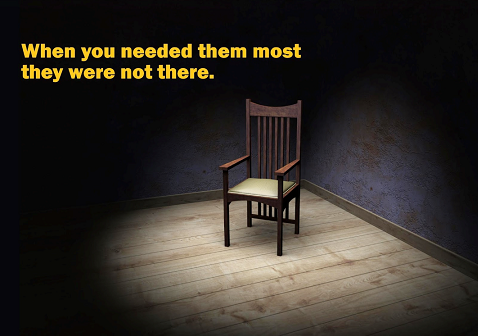 Occasionally when one writes on political issues, it’s easy to get carried away. When I wrote The Legislature and The Sob Sister Circus, I spoke ill of Scott Keim, Deputy Attorney General of the State of Idaho. I said he “got his law degree out of a box from the Crackerjack University”. When I wrote that, I had a misconception about Scott’s purpose at that hearing. Upon review of his testimony, I realize now that Scott Keim is assigned to and is the advocate for the Child Support Enforcement Section for the Health & Welfare Agency. So I owe an apology to Mr. Keim. He represented his clients in a workman like manner.

The revelation of Scott Keim’s orientation is the realization that there was no legal representation for the State and the People of Idaho at that hearing. There was an empty chair where the Attorney General representing the People of Idaho should have been. The real issues concerning HB 1 (S.1067) were constitutional and at a lower level, security. The Health & Welfare parade of sob sisters before, during and after the hearing were a cover operation to misdirect the public’s attention using an emotional appeal. The mainstream media was complicit in the cover up although for most of them, it was unwitting complicity because the mainstream media hires only bubble heads whose level of maturity is stuck at around age fifteen.

The stench of criminality that was on display during the special session was overwhelming. Since I’m not a journalist, I’m going to slip into analysis mode to give you my real take on what is going on in Boise.

The image to the left was captured from the State Attorney General’s Office. My seat of the pants estimate and being very generous is that they are overstaffed by about 80 attorneys. The attorneys are assigned to work inside the agencies of government which says to me that the State Attorney General’s Office (SAG) is actually running the government of Idaho.

That is the organization of power within the state. Because the power comes through the legal system with lawyer/managers behind the curtain of the public structure of government, it provides the SAG syndicate with a shield for their criminal operations.

The SAG syndicate derived their power through the network structure that was initialized after the bombing of the Murrah Building in Oklahoma City. President Clinton’s response to that was to issue a Presidential Decision Directive – PDD-39 most of which is classified. What PDD-39 did was to establish the Critical Infrastructure Working Group (CIWG) headed up by the U.S. Attorney General who at that time was Janet Reno. The succession of Attorneys General following Janet Reno is interesting – take a look at it on Wiki.

The bombing of a federal building gave this criminal operation the cover of national security. Over the next year, they put together the organizational structure that was formalized by Executive Order 13010 signed by Clinton on July 15, 1996. What they did was essentially to execute a coup d’etat from the inside of our government using a Reichstag Fire game plan. While the disruption in the public sphere lasted a few months, the criminal network inside our government began rapid expansion virtually unseen by the public. To Be Continued…. The Protection Racket