Home S.1067 The Legislature and the Sob Sister Circus 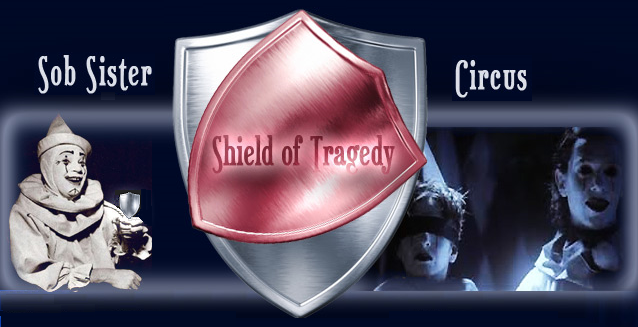 The Legislature and the Sob Sister Circus

Yesterday was an experience. It was never on my bucket list to testify to a state legislature on legislation but I did it. And I learned a lot. HB 1 was the replacement bill for S.1067 – the bill that integrates the Hague Convention on International Recovery of Child Support etc. into state law. The legislature met in special session to pass it and they did even though it is clearly and unequivocally unconstitutional. And you don’t need to be a lawyer to figure that out. You don’t even need to read beyond a sixth grade level.

Article 1, Section 10 – No state shall enter into any treaty, alliance, or confederation;

The vote to approve HB 1 (S.1067) did exactly that. The state became a party to the Hague Convention by reference to it in the HB 1 legislation.

(Side Note: the fact that the bill number is HB 1 is an irony is too rich not to share. H1-B is the number of the visa used by foreigners who come into the country on visas for professional IT worker. The subject matter of HB 1 is a computer system that will operate internationally to handle cross-border child support cases.)

The first event at the capitol was the pro forma bill printing which was done – as I understand it, not following proper protocol. I didn’t attend that event because there was nothing to see. Instead, I attended the joint committee hearing in which I was signed up to testify. To keep it brief, the first hour was taken up with a presentation by Health and Welfare on the child support enforcement system that was completely irrelevant because it was about the current system except for the mention of Germany as an example of an international case. It was uninformative drivel but it did chew up an hour of time.

The witnesses who signed up were in two camps – the people opposing HB 1, were citizens for whom there was no personal benefit to be had by the defeat of the bill. The people supporting HB1 were people who personally and/or organizationally benefit from Health & Welfare money spent on social program.

The crying and moaning from these special interest groups all of whom benefit from federal money would have been overwhelming had it not been for the arrangement of pro and con order of the witnesses. What was strikingly obvious was that all of the testimony from the H&W sob sisters was a non sequitur to the actual bill being considered. Their testimony was directly related to the unconstitutional federal extortion demand to pass the bill. The only purpose it served was to chew up a lot of time which meant that opposing witnesses had only a brief 3 minutes to testify on what is in fact, a complex bill with complex issues.

Here is what I didn’t get to say:

The attempted extortion of the state to violate Article 1, Section 10 is being done through the principles of cooperative federalism. In a paper written by Eric Fish, Legislative Counsel for the Uniform Law Commission, he cited a Supreme Court case – South Dakota v Dole, when he wrote that a federal mandate is constitutional only if it meets the following tests:

Is the mandate to pass S.1067 in pursuit of the general welfare?  No it isn’t. It serves a fraction of the population so small as to be statistically insignificant – less than 1 percent of the child support enforcement cases and those cases are an infinitesimally small percentage of the population at large.

2) Congress must exercise the spending power unambiguously, allowing states to exercise their choice independently but with full cognizance of the repercussions of the choice.

Are you being given the choice independently? No. You are being told to pass it and the feds are holding children hostage.

Is the international child support enforcement system a national project or program? No – obviously not. It’s international by definition.

Does the federal mandate to integrate the Hague Convention into Idaho law run afoul of other constitutional provisions? Yes it does. It runs afoul of Article 1, Section 10.

These are historic times and there is no place for business as usual. You are on center stage and the world is watching. What we need today are leaders – not weak-knee’d collaborators. You’re not voting on a child support enforcement system.

You are voting on the structural framework of our government. The question is – will it be a legitimate, constitutional government or will you de-legitimize yourselves and the government of the State of Idaho.

It was clear that the fix was in on this bill. Even though the time given to the opponents of the bill was so brief, there was enough meat for the members of the legislature to postpone action. The most glaring error they made was when the Assistant Attorney General, Scott Keim who obviously got his law degree out of a box from Crackerjack University, was asked about the mandate and his response was essentially that the legislature had no recourse other than to accept the mandate or lose funding. That was wrong and misleading advice and it went downhill from there for him.

Watch for the video of his testimony. Even though I didn’t get to finish my testimony, I did get to say that a first year law student could make the case against the mandate. The federal mandate is unconstitutional.

Having a little bit of math fun –

If someone were to have designed a test to determine the loyalty and integrity of a public body like the legislature of Idaho, they could not have designed a better test than S.1067 and the special session of the legislature to pass the revised edition, HB 1 proved the case. Idaho Public Officials failed at every step. Thanks Butch.