Home terrorism Did America Die on 9-11? 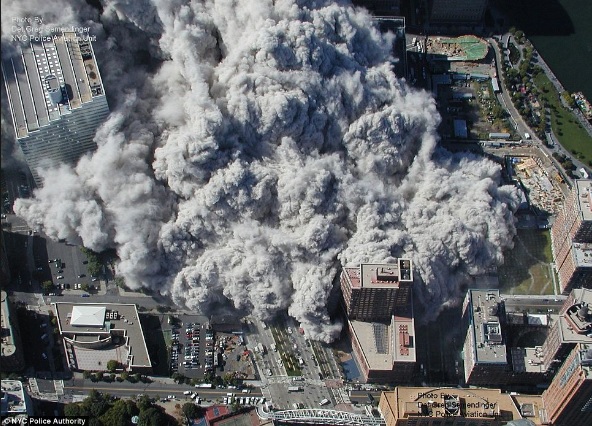 On June 28, 2016, there was a hearing of the Senate Judiciary Subcommittee on Oversight, Agency Action, Federal Rights and Federal Courts.  The title of the hearing was Debate on “Radical Islam” & Terrorism.   The description for the hearing is:

Debate on “Radicalism” and Terrorism Assistant Attorney General for National Security John Carlin and Michael Steinbach, with the FBI’s National Security Branch, declined to testify at a hearing on the debate over the language used when discussing Islamic terrorism.

The crux of the issue for this hearing is the terminology that is allowable for agencies of the federal government to use when investigating, describing and recording information about terrorists and terrorism specifically as it pertains to radical Islam.  The significance of the selection of words cannot be overstated.   If the terms used are false or restrictive, it narrows what can be looked at and thought about.  For example, James Corbett produced a video about Maurice Strong when he died.  Tim Ball was interviewed in the video about how Maurice Strong set up the Terms of Reference for climate change.  He did it brilliantly.

Limiting terms, limits thought thereby setting the boundaries on the mind and the investigative trails one follows.  Doing this to the FBI and law enforcement agencies is like having your compass be off true north by a variable number of degrees.  You’ll miss your mark.   Philip Haney testifying at the senate hearing described it as well as anybody I’ve heard.  In this clip, he talks about strategy and tactics.  The government wants to keep the discussion at the level of tactics because the discussion at the strategy level changes the picture entirely.

To understand the significance of the debate one need only study the definitions and apply them in the real world context.  According to the FBI’s inaugural issue of Terrorism 2000/2001, terrorism is defined as

“…the unlawful use of force and violence against persons or property to intimidate or coerce a government, the civilian population, or any segment thereof, in furtherance of political or social objectives.” (28 C.F.R. Section 0.85)

What makes terrorism different from an ordinary criminal act are the words that I’ve highlighted:

“…the unlawful use of force and violence against persons or property to intimidate or coerce a government, the civilian population, or any segment thereof, in furtherance of political or social objectives.”

In the real world where people don’t play games with language, violence to coerce the government and/or our civilian population that originates from a foreign ideology in order to impose that ideology on our population is an act of war.   Islam is a theocracy – combined religion and political system.  Any act of violence carried out in the name of Islam is not only an act of terrorism, it is an act of war because Islamism is a foreign ideology and the Islamic world has declared a global jihad on western civilization.

An act of war on our soil calls for military action but the Left is desperate for that not to happen – so desperate in fact, that they’ve made the definition of terrorism applicable to just about any criminal act and they are militarizing our local law enforcement turning our cities and streets into a de facto war zone.   The limitations on terminology and the bureaucratic terrorism preventing government employees from investigating Islamic terrorism (acts of war against Americans) leaves the FBI and law enforcement with nobody to look at for terrorist activities – except the American people themselves.

(A) involve acts dangerous to human life that are a violation of the criminal laws of the United States or of any State;

(B) appear to be intended—

(i) to intimidate or coerce a civilian population;

(ii) to influence the policy of a government by intimidation or coercion; or

(iii) to affect the conduct of a government by mass destruction, assassination, or kidnapping; and

(C) occur primarily within the territorial jurisdiction of the United States.

Under that definition anybody could be charged with being a domestic terrorist which is what happened to Dwight and Steven Hammond.  They were charged with being domestic terrorists who used arson to destroy government property.  The fact that they are still sitting in jail is proof positive that our entire system of justice is corrupt.  The completion of process defines success rather than the outcome which makes the term honorable in any context concerning our legal system a farce.

One of the witnesses in the Senate hearing mentioned above was Richard Cohen, president of the Southern Poverty Law Center (SPLC).   You really need to listen to his testimony – paying attention to his carefully selected words.   His clear intent was to associate the word and concept of “white” with terrorism even though the subject of the hearing was radical Islam.   He includes Ammon Bundy in the same category as ISIS.

On the front page of the SPLC, they have a picture of people who are clearly “specially enabled”   holding confederate flags with Ku Klux Klan printed on one of them.   SPLC must have checked them out of the group home for a group photo.   I tried to find a clip of Andy on Cougar Town saying “Come on!”  because the picture is so ridiculous but I couldn’t find one so you’ll have to say it for yourself.

The point at which I knew that the SPLC is a hate group that hates Americans was when they put a friend of mine on their terrorist watch list.  In 2010, they put Amanda Teegarden on the list.  Amanda is about as far away from being a terrorist as you can get.   She was a top notch researcher and she led an organization in Oklahoma that was very effective because she armed herself with the facts.  Her issues had nothing to do with race or guns.  She was concerned about health care legislation, the schools, the technology-laden Trans-Texas Corridor, foreign trade zones, etc.   Putting Amanda on their list completely discredited them.

In his testimony, Richard Cohen mentioned a report from 2009.  That report is known as the MIAC report.  The Missouri Information Analysis Center (MIAC) redefined American patriots to be domestic terrorists and it had SPLC fingerprints all over it.  A law enforcement officer leaked the report to Alex Jones of Infowars.  The purpose of the redefinition is obvious when viewed in the context of ubiquitous police state technology.  Expensive systems have to be cost justified.  The only way to justify the cost for these systems is if we are all terrorists who need to be under constant surveillance.   When one understands the real purpose for the redefinition, then the massive re-populating of our country with foreigners from an incompatible culture makes perfect sense – not only from a profit perspective, but also from a coup d’etat perspective to overthrow the American way of life.   They are creating the need to justify the cost to accomplish the goal of building the technological police state and the end of America as the last bastion of freedom.

I had in mind a different ending to this but this morning I found out that none of our patriotic, oathkeeper (small o and big O) will provide security for a speaker, Bridget Gabriel who is coming to Twin Falls to speak about radical Islam.   They are all scared because Twin Falls has gained national attention on the refugee issue.  They are afraid they will be called “domestic terrorists”.  Here’s some news for you guys, they already consider you domestic terrorists as evidenced by Richard Cohen’s testimony and hiding out is not going to change that.

By the definition of terrorism in the law and by all rights, the Southern Poverty Law Center operatives should be considered domestic terrorists because their lists and their labeling of American patriots as domestic terrorists is itself an act of terrorism because it’s causing American patriots to change their behavior to a stance of “duck and cover” rather than standing tall for American values.  The problem is that Southern Poverty Law Center is linked into the Department of Homescam Security as a primary information source which begs the question, Is this America?  Or did America die on 9-11 when the WTC towers fell?