Home Corruption Game Scenarios and the Balance of Power 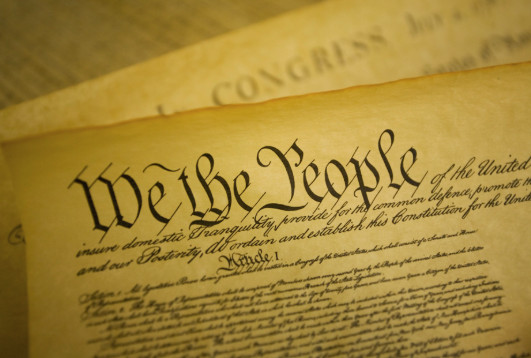 Game Scenarios and the Balance of Power

When a new president comes into office, he makes a lot of appointments to government positions.  A report of those appointments is produced and presumably it’s published in the Congressional Record.  The report is called the Plum Book.  The following graphic is from the 2004 Plum Book.  Notice that the current Supreme Court nominee, Brett Kavanaugh is listed as an appointee on page 12.

The significance of seeing the name of Brett Kavanaugh in the GW Bush Administration is because of the circumstances and political debates that were occurring in 2004.  The central policy debate of that time concerned presidential power and a concept called The Unitary Executive. The papers that the Senate Democrats are seeking would contain the record of Kavanaugh’s writings and involvement within the Administration on that issue.

The debate on the limits (if any) of presidential power in a national emergency manifested for the public in the form of torture at Abu Ghraib prison.  While the public was focused on media coverage of the torture, in the halls of government, academia and the courts, the subject was presidential power.

September 11, 2001 put our country into a state of national emergency declared to be The War on Terror.  What makes the debate interesting is that terrorism is a tactic. War in conventional terms means military to military combat.  One side wins the combat and the war is over.  When is the War on Terror over? How do we define terrorism? For example, recall that our western patriots who stood up to defend property rights against government regulatory racketeering and theft were declared to be domestic terrorists by Senate Majority Leader Harry Reid and the Obama Administration.  One of our patriots, La Voy Finnicum died because of that designation.

Because of the way that lawyers work, their debates always center around a few words within a large contextual framework.  The large contextual framework that was never discussed in the same setting as the issue of the Unitary Executive concerns America’s role in a globalizing world.  Since 1919 when the Versailles Treaty of Peace defined the League of Nations and that was followed in 1945 by the establishment of the United Nations there has been a faction intent on creating a world government.   Our Constitution defines government roles and responsibilities within the context of the geographically defined territory controlled by the U.S. government and therein is the source of problem.

Simply stated, the idea of a world government is for peace and security of the world.  Despite the delusions of the meek, peace and security comes only at the end of a gun.  The UN Charter calls for the member nations to make their armed forces available to the Security Council to enforce the peace.   From the beginning, the United Nations recognized “regional arrangements”.  That provision was included in the Charter at the behest of Nelson Rockefeller according to his senate biography.  The regional pacts reveal the treason of the Senate in terms of ratifying treaties that would ultimately lead to the demise of the United States as a sovereign and independent nation.

The strategic plan for regional governance under a world system can be seen in the composition of a five member United Nations Security Council.   There are five permanent members with voting and veto power.

The membership is wrong for the strategy of regional overlords but remember, this is an evolutionary process.

The following is a snapshot of the organization chart of the Security Council of the United Nations as originally conceived in 1945.

Notice that there is a direct relationship between the Security Council and the Military Chiefs.   The National Security Act of 1947 reorganized our government. The Central Intelligence Agency was created.  The War Department and the Department of the Navy were merged into a single Department of Defense under a Secretary of Defense   It created the National Security Council and the Joint Chiefs of staff.  Effectively, they put international policy as it pertains to the United Nations behind a wall of secrecy.  That’s the way they’ve been able to carry out this treason against our country and our citizens for all these years.   In the original organization chart, you can see that the plan was for the military to report directly to the international soviet of the United Nations.  The regional arrangements could not be finalized at that time for obvious reasons.

Why the U.S. Congress – and in particular, the U.S. Senate thought they could retain their constitutional authority even as they were transferring power to the international system and to unelected bureaucracies through their treasonous use of treaty power is beyond me.   The Supreme Court is virtually useless as a bulwark to defend against the onslaught of the international system directing it’s energies towards the end of our constitutional system of government.

Going back to the confirmation of Brett Kavanaugh to be the next Supreme Court Justice, a big issue in these hearings has to do with executive privilege as it pertains to the work product (paper work) of the Executive Branch.   At one point in Tuesday’s hearing, Senator Patrick Leahy said, “what are they hiding”  in reference to Kavanaugh’s work product while he was employed as Staff Secretary under the Bush Administration with the subject of torture (which wasn’t about torture) being the implied focus behind the question.

As it turns out, when I was researching the Russian Hack gambit put on by the Democrats, I researched the part that Carter Page had in this game scenario and I wrote an article titled, The U.S. Power Problem.  What I discovered about Carter Page is that when he was at the U.S. Naval Academy, he wrote his master’s thesis on the balance of secrecy between the Executive and Legislative branches.   The ability of withhold information between these two branches of government is a derivative of the balance of power.

What is really going on is that we are skip hopping from one constitutional crisis to the next as both sides are marshaling forces.   If world government is to rise, the United States as a nation-state must fall QED.   Everything that is happening in this country should be viewed with that as a basis for understanding even when the issues are not obvious.  Ignore the personalities that the media calls your attention to and instead, search for the underlying principles of law and the pursuit of power.  That’s the only way to see through the game scenarios they keep throwing at us.

The following are just a few articles pertaining to the Unitary Executive and the building constitutional crisis.

2006 – near Constitutional Crisis over signing statements

Threat to the Constitution Both Imminent and Real

Dead links are in the Internet Archive

As you can hear in the words of Senator Ben Sasse, the Senate created this problem that is leading to a constitutional crisis.  The Senate has treaty power under the constitution and they’ve abused that power.  The only hope for this nation is to reverse what they’ve done.

This is the point where people always ask… what would you do?  How would you start?  I’d start by pulling the fire alarm at the United Nations building to get everybody out – and then I’d blow that sucker all to hell and then rip up the UN Charter and announce to the world that the U.S. will be reviewing all treaties for possible cancellation focusing in particular on any that have to do with the collectivization of power.