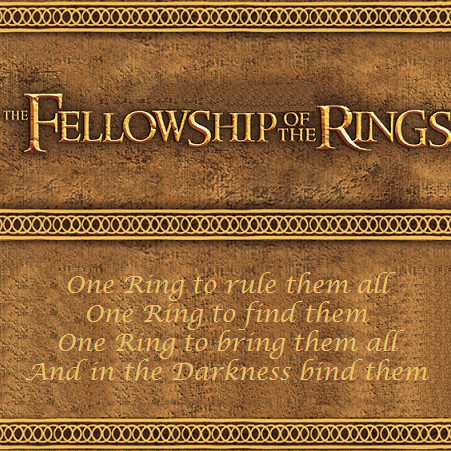 Over the weekend I watched a couple of Alex Jones’ programs that included a segment about a media coordinated attack on Jones right before he was shut down.   The following is a brief clip:

I know that story of coordinated media coverage because I was recruited for a coordinated media attack.  The funny (not) part of it was that it was Michael Emry and TVOI News where I published the story that was the focus of the attack and I didn’t even realize it until a few months later because other events overtook my attention.  The day of publication of the coordinated story was the same day that the search warrant for Michael Emry’s property in Oregon was signed.  I didn’t make the connection between Michael’s arrest and the coordinated story until the end of August when I was writing stories about Michael’s case.  Once I realized what had been done, I wrote the following story:

Michael Emry owns The Voice of Idaho News (TVOI News) and I wrote stories for it.  We’d had a moderate amount of success in Idaho because we covered stories that the mainstream media wasn’t covering or was covering with a slant against the interests of the citizens of Idaho.  When Michael went to Burns, Oregon to cover the rally for the Hammond Family who were sent jail for being ranchers, Michael decided to stay in Oregon and to try to set up a media operation there.  After the occupation of Malheur ended, one of the stories that Michael was investigating was Uranium One because there was land in Oregon that was going to be mined but there was no coverage of the story anywhere.  Les Zaitz, the reporter for the OregonLive (former Oregonian) had a media monopoly across the eastern part of the state and he was “chummy” with Uranium One so there was no news getting out about it.   Michael’s arrest shut down new media in Eastern Oregon.

There is a lot more to tell about Michael’s story and my experience in new media but that’s for another day.  Today, the focus of this article is monopoly corporate power by sector because America is being brought down by it.  The most terrifying aspect of it is that corporate monopoly power was established by our own government under an insane theory of government that corporations can provide better service than government employees.  That’s a simplification but that’s the essence of it.

NS/EP communications enable the Government to make an immediate and coordinated response to all emergencies, whether caused by a natural disaster, such as a hurricane, an act of domestic terrorism, such as the Oklahoma City bombing and the September 11th attacks, a man-made disaster, or a cyber attack. NS/EP communications allow the President and other senior Administration officials to be continually accessible, even under stressed conditions.

Following the bombing of the Murrah Building in Oklahoma City in 1995, the Clinton Administration began reorganizing our government for a permanent state of war in the form of terrorism.  Bill Clinton signed Executive Order 13010 establishing the President’s Commission on Critical Infrastructure Protection (PCCIP).   Critical infrastructure as it was defined at the time included eight sectors of the economy:

On May 8th, 2000, Richard Clarke, National Coordinator for Security, Infrastructure Protection and Counter-Terrorism made the following statement to the NSTAC Committee:

We look at the NSTAC to give us advice about telecoms, the telecoms as your April report so eloquently proves, telecoms and the Internet have converged. The networks have converged, the technology has converged, so I think that in the future we need to say that we look to NSTAC for advice not only on telecoms but also on this new converged network.

… How do we go back to the original intent of getting the NSTAC to provide advice to the President in a timely way? What I’d like to propose that you all think about is to change the way we do business. Change even your bylaws so that if we in the Government form a committee…could meet virtually through telecommunications, through teleconferencing and we can even do secure, as Rudy said, we can even do secure teleconferencing on a more regular basis to tell the leadership of this organization what the challenges are that we face in the Government, what we are seeing. Not on an annual basis, but on a more frequent basis.

… The second thing I’d like to challenge you to think about as a group and give us advice on is Information Sharing. We’ve been able to establish an Information Sharing Center for the banking industry. Thirteen banks representing almost 80 percent of the assets of the United States formed a limited liability corporation and formed a computer defense center, which SAIC is managing. We’re trying to get other sectors of the economy to do that as well. The NCC has become, in effect, a telecom center, similar to the banking and finance center.

Restated in a direct way, what Richard Clarke was doing was organizing the establishment of monopoly corporate power hooked directly into the security apparatus of our government for the critical infrastructure sectors of the economy – with telecommunications and the Internet being the head of the octopus.   They are the Deep State but they aren’t the state at all.  They are the corporate rings of power embedded in and controlling our government.  Why?   BECAUSE THEY CONTROL THE CRITICAL INFRASTRUCTURE.

I’m going to leave this right here to let you ponder that.