Home Corruption No Allies in a Global War of Terror 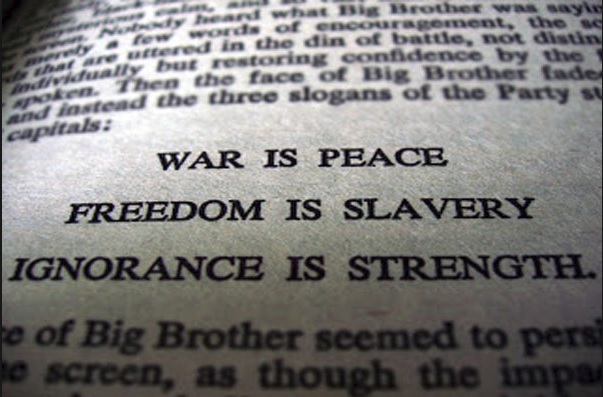 No Allies in a Global War of Terror

Posted By: Vicky Davison: May 25, 2017In: CorruptionNo Comments

There are no allies in a global war of terror and there should be no secrets because terrorists hide in the darkness of secrecy.

Yesterday, there was a story in the New York Times that claims that Donald Trump revealed classified intelligence to Russians.  This sharing of information occurred in a recent meeting between President Trump and the Russian foreign minister and Russian ambassador.  The classified intelligence was allegedly provided by an ally who intelligence officials are now concerned won’t be sharing intelligence with us anymore.   Good!  I say.   Why?   Does anybody remember the yellow cake intelligence that our ally Tony Blair provided to George Bush?    The UK is allegedly an ally… but are they really?

The so-called intelligence that Trump shared with the Russians concerned an Islamic State Plot.  The Islamic State is a group that is attempting to break down nation-states in the Middle East to build a regional governing structure under Islamic religious rule whereby the political state and the religious state are merged and personified by the Imam.   Where’s the bitch?   By now, everybody should understand that it is the plan of the U.S. State Department, the U.S. Trade Representative and the United Nations to break ALL nation-states (including our own) replacing national governments with regional governing commissions that dictate the global agenda.   To accomplish that, the State Department – USAID has to break a few eggs right?

And therein is the problem.  Our government is bifurcated into two halves.  One half is executing the plan to destroy our nation-state, to destabilize the citizens and our communities to achieve the treasonous global plan and the other half – demonized for not being accepting of the global plan to destroy our nation and our communities and not “cooperating” in giving up our land, our culture, our history, traditions and increasingly diminishing national wealth to resettle imported foreigners who by their culture and traditions will destroy ours.  That’s the intent – and it’s a global cluster…    The treasonous half is operating in secrecy and/or using the tactic of invincible ignorance.   See nothing.  Hear nothing.  Admit nothing.   The disloyalty to their fellow Americans makes them the enemy.  Do you hear me you sons of bitches?

Worldwide, there are only two groups that are benefiting from globalization.   The global oligarchs who can’t rake in the money fast enough to keep up with all they are stealing from the people of the world and the NGOs and paramilitary groups they hire to carry out the crimes against humanity which include the murder, the destabilization, the psychological warfare, the theft of the ability to make a living, the starvation in some areas and the list goes on and on and on.

So… President Trump I beseech you to TELL ALL!   Lance this festering boil that is bringing the world to a state of global war.   Keep no secrets.    Expose the traitors.   Arrest the oligarchs and their human tools and dismantle the United Nations system because it will NEVER WORK as a governing system for the world’s people.  If he does that, he would be almost Godlike in saving the world from the inevitable horrors that the future holds for humanity if he doesn’t do it.