Home Government All Power is Inherent in the People 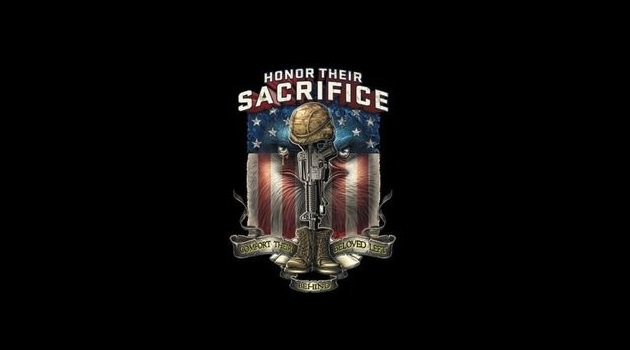 All Power is Inherent in the People

The prosecution of the Hammond Family has proven three things:

There is absolutely no question that our nation-state is under attack.  The problem has been in identification of who is responsible and how to regain control because we know that treason has been accomplished by power shifting – both vertically and horizontally to unelected groups of people over time – effectively neutering our elected representative government while putting remedy out of the reach of the people.   The means of power shifting has been through contract agreement regardless of what level one is reviewing – international, federal, state, local.   The Congress again over time has facilitated that power shifting even to the extent of neutering themselves.

Recently, it was discovered that in 1960, the United Nations General Assembly took a major step towards becoming a global governing system when the Assembly voted on social policy sidestepping the Security Council and the veto power of the permanent members.   The issue they voted on, de-colonization, was not as important as the precedent they set for setting the social and economic policies of the member nations.  There are currently 193 member nation-states.  Each member has one vote in the General Assembly.  The U.S. membership in the United Nations is an example of power shifting to unelected groups of people unaccountable to the American voters.  They are making social and economic policy for Americans through contractual commitment (international agreement).  The Administrative Agencies of the American government by law must follow U.S. law which says that they must adhere to international commitments.  It was a trap and the 1945 Congress walked us into it.

This past summer, Idaho’s District 2 Representative Vito Barbieri gave a brilliant speech on the Administrative Bureaucracy on the floor of the Idaho House of Representatives just before the legislature voted in the affirmative to violate the U.S. Constitution by knuckling under to an unconstitutional federal mandate.  Every member of the Idaho legislature who voted for it should have been kicked out of office in disgrace.

The practice of power shifting by contract has created invisible lines of authority within the American government.   Relative to the Hammond Case, by all appearances, the bureaucracy that is out of control is the Bureau of Land Management but in fact, the invisible lines of authority are to the Environmental Protection Agency and the U.S. State Department.  Why?   Because the EPA controls every agency of government through the requirement for other agencies to file an Environmental Impact Statement for everything they do.  The EPA must approve those Impact Statements.

In 1969, through Executive Order, Richard Nixon established a Cabinet level environmental Advisory Council.  When the National Environmental Protection Act (NEPA) was passed, it created the regulatory agency we know today as the EPA.  In a history on the EPA, it says the following concerning the creation:

This statute recast the government’s role: formerly the conservator of wilderness, it now became the protector of earth, air, land, and water. The law declared Congressional intent to “create and maintain conditions under which man and nature can exist in productive harmony,” and to “assure for all Americans safe, healthful, productive, esthetically and culturally pleasing surroundings.” Henceforth, all federal agencies planning projects bearing on the environment were compelled to submit reports accounting for the likely consequences–the now famous Environmental Impact Statements (EISs).

The first Chairman of the Council on Environmental Quality was Russell Train.  The first Administrator of the EPA was William Ruckelshaus.  Train and Ruckelshaus agreed that Train would work at the international level and Ruckelshaus would work on the domestic side.  In the hierarchy of power, Train had more power because his was a cabinet level position.  This organizational structure carried forward to today which is why the EPA is out-of-control from an American perspective.  They aren’t implementing American policies of, by and for Americans.  They are implementing United Nations policies voted on as social and economic policies by their member nations.

All Power is Inherent in the People

Our federal, state and local governments are locked into an administrative system that is attempting to subjugate the American people to a despotic international organization.  Participation in the United Nations system under these circumstances is in contravention of the entire purpose of having a national, American government.   The solution is going back to ground – to reclaim the power of local self-government – county government to protect and defend the citizens of the county and then to begin rebuilding the American government for the American people from there.  It’s a tall order and not for the faint of heart and the weak of spirit but it must be done.  Last week when the citizens of Harney County voted to establish a Harney County Committee of Safety, that’s exactly what they were doing – beginning the rebuilding process.    The following are sections of the Oregon State Constitution they are relying on:

Section 1. Natural rights inherent in people. We declare that all men, when they form a social compact are equal in right: that all power is inherent in the people, and all free governments are founded on their authority, and instituted for their peace, safety, and happiness; and they have at all times a right to alter, reform, or abolish the government in such manner as they may think proper.—

Section 26. Assemblages of people; instruction of representatives; application to legislature. No law shall be passed restraining any of the inhabitants of the State from assembling together in a peaceable manner to consult for their common good; nor from instructing their Representatives; nor from applying to the Legislature for redress of greviances [sic].—

The people of Harney County are blazing a trail for all of us.  It may be too late to save the Hammond Family and their Ranch from the corrupt U.S. Department of InJustice but the process of reclaiming a republican form of government Of, By and For the American people is a necessity and a duty we owe to the future.  The people of Harney County are going to need – and they deserve our full support for what they are doing because we will learn from their experience and will be able to apply those lessons when we begin to rebuild in our own counties.

“In the beginning of a change, the Patriot is a scarce man – brave, hated, and scorned. When his cause succeeds however, the TIMID join him, For then it costs NOTHING to be a Patriot.” — Mark Twain