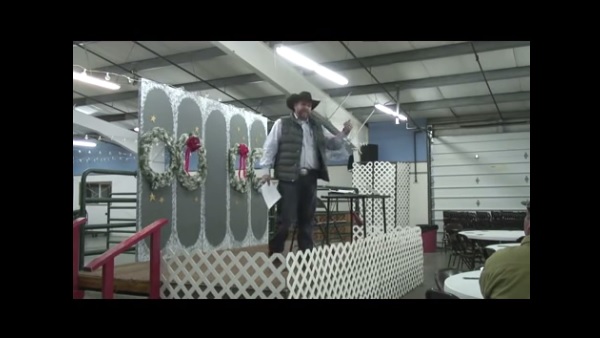 To all People, Patriot groups, Militias, Coalitions, Churches, Families and other Supporting entities:

We hope all of you are having a joyful season in remembering the Lord and the great gift of his birth. Where the Spirit of the Lord is, there is Liberty (2 Corinthians 3:17). If we felt we could wait until after Christmas to give you this information we would. The Adversary never sleeps. We must stay aware, and act in these matters of defense. It is our duty to do so.

It is certain that what has happened to the people of Harney County and the Hammond family is a type and a shadow of what will happen to all people across these United States if we do not put an end to it.

We ask that you read the Notice: Redress of Grievance, and go to the links below to add your name to the document.

Please understand that we must exhaust all prudent measures before taking a physical stand against the horrific actions that the People of Harney County are enduring (including the Hammond’s). If this Notice is ignored, then one more Notice of Demand will be sent, it will list the many petitions that have been ignored and demand that the Hammond’s rights be restored. If that final Notice is rejected then People across the Union will have justification to assemble and once again restore individual rights.

Please go to the link and add your name to this important document.

If you support this NOTICE: Redress of Grievance, then fill in the name card below.

Click on the link to fill in the PERSONAL name card:

If you represent a GROUP, click on the link to fill in the GROUP name card: https://docs.google.com/…/1_wQD3HOvQ9cqQD4a7gV2Wrd…/viewform

After extensive research on the Hammond case, We the People of these States United have reason to believe that Dwight and Steven Hammond were not afforded their rights to due process as protected by the United States Constitution.

We have principled evidence that Dwight and Steven Hammond committed no crime in the act of performing the prescribed burn and back fire, that the U.S. Government does not have authority to enforce Territorial law under article four within the State of Oregon, and that the County of Harney and State of Oregon failed to protect the Hammond’s rights as guaranteed by the U.S. Constitution. USC 42.1986, 18.242, 18.121, 42.1983, 42.1985,

We hold compelling evidence that the U.S. Government abused the federal court system, situating the Hammond family into duress as effort to force the Hammond’s to sell their Steen Mountain property to a federal agency.

We have substantial evidence that the U.S. Attorney’s Office exploited an act of Congress, imposing cruel and unusual punishment upon residents of Harney County.

We hold substantial evidence that inside the borders of Harney County the U.S. Government is acting outside the authority enumerated in the Constitution of the United States.

We have sure evidence that U.S. Congress does not have authority to legislate minimum sentences, requiring Dwight and Steven Hammond to serve five years in a federal penitentiary.

We hold confirming video evidence of federal agents exhibiting a culture of intimidation toward individuals and businesses within the borders of Harney County. That federal agent, by fire destroy private property, and that the Hammond family are being denied the same protection of the laws that are enjoyed by federal agents.

We have supporting evidence that Judge Hogan controlled the narrative and did not allow full disclosure in the courtroom. We have additional evidence that Dwight and Steven Hammond were sentenced for something different than what they were found guilty of.

We hold sounding evidence that Dwight and Steven Hammond are victims of cruel and unusual punishment, and that the U.S. Justice Department is violating the 8th Amendment.

We hold sure evidence that Dwight and Steven Hammond are being subject for the same offense twice put in jeopardy. Including that the Ninth District Court of Appeals violated the 5th Amendment.

We the People – United Individuals of these States United

If you support this NOTICE: Redress of Grievance, then fill in the name card below.

Click on the link to fill in the PERSONAL name card:

If you represent a GROUP, click on the link to fill in the GROUP name card:https://docs.google.com/…/1_wQD3HOvQ9cqQD4a7gV2Wrd…/viewform

[Editor’s note:  The original title of this article posted on December 15, 2015 was UPDATED – ACTION NEEDED – SIGN AND SHARE.  Obviously, that is a meaningless title.  When I copied this article from the old hosting site to the new hosting site – with a new formatting theme, I changed the title to be Ammon Bundy in Harney County: Redress of Grievance.   Vicky Davis 07/31/2016]