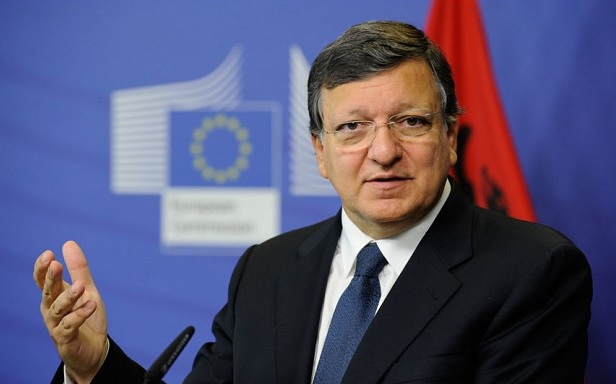 Posted By: Vicky Davison: May 09, 2016In: Government, ZZZ_Featured12 Comments

What he is confessing to with those words is the economic firebombing of countries. He is confessing to economic warfare – not against countries, but against the people in those countries because a government of a country is just an administrative creation. It was the people of those countries that Barroso and his gang waged war on and is to this day, waging war on. Barroso’s words belie the personal and financial devastation of the economic sabotage inherent in the financial engineering for destruction of sovereign of nation-states.

Simply stated, the policy of the European Commission was the misalignment of interests – creating a dystopia in which the banks in a country no longer functioned for the people and businesses of the country and instead provided loans to foreigners in foreign countries; investors follow the easy money and with easy money in foreign countries they invested in foreign countries; as demand dropped in this country, to maintain profit margins, the solution was to import foreign workers to replace domestic workers in our economy. An interesting side note is that the word dystopia is right next to dystrophy – a degenerative disorder caused by inadequate or defective nutrition. That’s really what they did to us. They gave us national dystrophy. 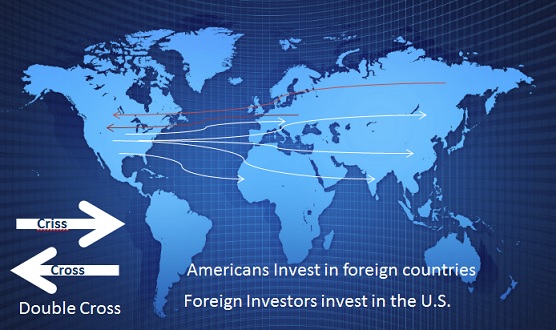 You might have noticed that while I started talking about Jose Manuel Barroso and Europe, I then slipped in to discussing the impact on the U.S. That’s because Barroso did not act alone. He is just the Godfather of the European chapter of an international crime syndicate that seeks to dominate the entire world – bringing us all under a single system of law and commerce. Who will prosecute the criminal “law givers” in a global system of law that defines the rules for banking, business and living?

This international financial system was established following World War II at Bretton Woods, New Hampshire. The agreements signed were known as the Generalized Agreements on Trade and Tariffs – GATT. The international financial institutions created were the International Monetary Fund (IMF) and the International Bank of Reconstruction and Development (World Bank). The agreement to create a third institution – the International Trade Organization was rejected by the 1949 Senate because it would entail the loss of sovereignty. The 1994 Senate was not so patriotic. They gave away U.S. sovereignty when they voted to pass H.R. 5110, the Uruguay Round Agreements Act, signed by the President on December 8, 1994, Public Law 103-465. That legislation created the World Trade Organization.

“The Final Act Embodying the Results of the Uruguay Round of Multilateral Trade Negotiations”, signed by ministers in Marrakesh on 15 April 1994 is 550 pages long and contains legal texts which spell out the results of the negotiations since the Round was launched in Punta del Este, Uruguay, in September 1986. In addition to the texts of the agreements, the Final Act also contains texts of Ministerial Decisions and Declarations which further clarify certain provisions of some of the agreements.

The Final Act covers all the negotiating areas cited in the Punta del Este Declaration with two important exceptions. The first is the results of the “market access negotiations” in which individual countries have made binding commitments to reduce or eliminate specific tariffs and non-tariff barriers to merchandise trade. These concessions are recorded in national schedules that form an integral part of the Final Act. The second is the “initial commitments” on liberalization of trade in services. These commitments on liberalization are also recorded in national schedules.”

By definition, the American government takes a back seat to the international financial system and the international banks and corporations who run it. The nation-state and citizenship are concepts that were tossed into the trash heap with the creation of the World Trade Organization.

In effect, what they’ve done with this international system was to steal our businesses and our markets by proxy – providing aid and comfort to the enemy in an economic war against the people of the United States.

There is a powerpoint [pdf] on the WTO website that provides a glimpse at the areas of loss of sovereignty through international agreements. The two commercial areas included in the presentation are the U.S. and the EU.

Your politicians know all of this but they will never admit it because to admit it is to reveal the crimes of high treason in which many of them participated. The people who need to understand all of this are your friends, your neighbors and your relatives. It needs to become common knowledge so that we can force the traitors out into the open. Perhaps we should have an association to stamp out National Dystrophy with a March of Dollars to raise money for the campaign.

Late – breaking news – it looks like while you’ve been distracted with Obama Care (that isn’t Obama’s program) and the facilitated shooting at the Naval Ship Yard, John Boehner is apparently going to give the Obama Administration, the fast-track power to finish us off.

This article was posted on my old website on September 19, 2013

It was part of a series titled:  Rule of Law – Global Totalitarianism