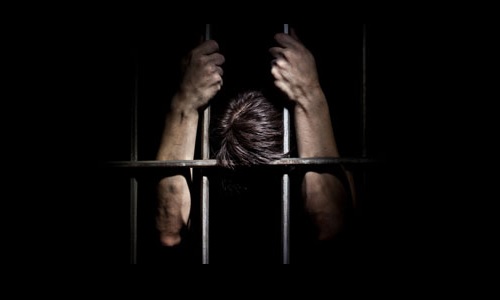 Government Overthrow of the People

For the last two weeks or so, I’ve been going back into the C-Span Archives to watch programs concerning the President’s Council on Sustainable Development (PCSD) that was created by Executive Order 12852 in 1993.  I was doing that as a part of my research on the Bureau of Land Management related to the Bundy Family, the Hammond Family, the Yantis Family and countless other ranching families that the federal government declared war on.

Ammon Bundy and the Malheur Occupiers called attention to the BLM’s war on ranchers and for that I, as an American citizen am grateful because the issues they exposed are just the tip of the iceberg.   They have done a great service for this nation that goes well beyond the war on ranchers.

The second meeting of the PCSD was held on October 18, 1993.  The meeting was hosted by the Department of Commerce.  Ron Brown was the Secretary of Commerce.   He was the first speaker at the meeting.

In four minutes, Ron Brown laid out the strategy for what was a coup d’etat on the American government and the establishment of a system to facilitate the development of a global commercial crime syndicate.  Here are the main points from Ron Brown’s four minutes of truth:

Clinton appointed Katie McGinty to head up the Office of Environmental Policy.  On April 21, 1994, McGinty held a press conference with three cabinet officials – Carol Browner, EPA Administrator, Hazel O’Leary, Secretary of Energy and Bruce Babbitt, Secretary of the Interior.  The title of the briefing is Global Environmental Briefing.

I took a brief clip of Katie McGinty and Bruce Babbitt.  McGinty was the perfect person to put in charge of the Office of Environmental Policy.  She was too young and clueless to understand the treachery of the people she was working for.   I’m including this clip here for two reasons.  Katie McGinty tells you about the coordination of government agencies toward a single mission of “sustainability”.  In other words, it was the centralization of power for the purpose of setting coordinated government policy across all agencies of government.  That means the Economic Development Administration (EDA), HUD, HHS, BLM, USFS, Department of Ag, Department of Energy – and worst of all, the Department of Education to propagandize and indoctrinate our youth – turning them into terrified little eco-fascists.

Bruce Babbitt tells you about the establishment of regional management plan to manage entire regions – “landscape management” aka eco-management.  He mentions the Bay Area and Sacramento Delta.  The regional governing structure, Plan Bay Area is the subject of a lawsuit brought by Michael Shaw and Rosa Koire.    For the record, Idaho is participating in an unconstitutional regional organization that includes Canadian provinces.

The forest management plan mentioned by Babbitt that includes a region from Washington to northern California.  The regional commission over that area is shutting the dams down in Northern California.  Debbie Bacigalupi’s family is a ranching family in Northern California.  The regional commission is attempting to put farmers and ranchers out of business throughout California by shutting down the essential element they need – water.  It will make what is very valuable and productive property virtually worthless – until the water is turned back on after the farmers and ranchers lose it.  Fighting this issue has turned Debbie into a full time activist opposing Agenda 21.

The point I’m getting to is that what the “reinvention of government” was – was a government overthrow of the people.   Bill Clinton and Al Gore established a fascist government (merger of corporate and government power) that operates behind the façade of environmentalism.  That’s the meaning of the term Eco-fascism.  The environmentalism is not real environmentalism.  It’s simply a tool to steal your property if they want it – and to control every aspect of your life.  They corporatized our government and designed technocratic systems of control for us. 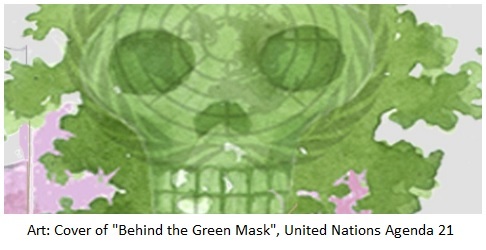