Home Government This is not America 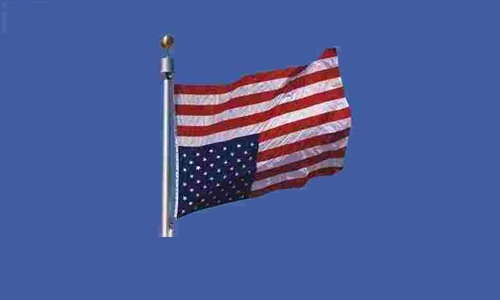 This is not America

Yesterday after reading the press release on the Department of Justice website regarding fourteen more men being charged related to the 2014 Standoff at the Bundy Ranch, I didn’t know whether to laugh or cry at the following:

“These indictments and subsequent arrests send an irrefutable message to the American people that our determination remains steadfast to protect them and pursue individuals who participate in violent acts of this nature,” said Special Agent in Charge [Laura] Bucheit.”

The Department of the Interior was a main target during the “reinvention” because in the words of Willie Sutton – that’s where the money is – but the money was in the most secure vault – in the ground.

Bill Clinton established the President’s Council on Sustainable Development when he issued Executive Order 12852. An amendment to 12852 put the administrative functions of the Council under the Department of the Interior. If one were to summarize the “reinvention” activities of the Clinton Administration, the phrase would be ‘elimination of borders and boundaries and extraction of wealth’.

The Clinton Administration signed the NAFTA agreement eliminating the borders of the U.S., they signed the agreement that created the World Trade Organization that set up our country for wealth extraction by the export of businesses from the U.S. and the eco-fascist reorganization of government included regionalization of the country to de-link our land-based systems of government with elected representative government – replacing them with regional “partnerships” and communist soviets comprised of public officials, corporate officials and special interest groups. They considered the jurisdictional boundaries of our land-based governments as being obsolete. The description of the replacement system can be found on Page 28 of the Natural Resources and Task Force Report:

“One solution to many of the quandaries of natural resource management that we heard espoused over and over again—by scientists, representatives of grassroots organizations, and bureaucrats, among others—was to manage natural resources on their own terms, that is, based on their own boundaries rather than in a context of artificial governmental jurisdictions. Organizing around natural resource boundaries, such as watersheds or geographic areas having specific physical or biological values, forced communities to transcend the limitations of traditional governmental jurisdictions.”

We have videos and transcripts of Congressional Hearings where the criminal activities of the BLM are described in detail to members of the Natural Resources Committee.

They discussed how the BLM was using the power of government to put ranchers out of business so they could acquire their land.  THAT’S THEFT!   And it doesn’t matter what authority they think they were operating under… THEFT is against the law.

I talked to a law enforcement officer recently.  He told me that federal agents are immune from prosecution.  They can come into a state and commit crimes.  Even if the Sheriff arrests then, he must then turn them over to the U.S. Attorney.  The U.S. Attorney then dismisses the charges.  That’s how the federal agents got away with the murder of Randy Weaver’s wife and that’s how they are getting away with theft of ranchers land and livelihoods.

The Clinton Administration turned the world upside down.  The black hats run the government and they are putting the white hats in jail for defending themselves and their property.

This is not America.