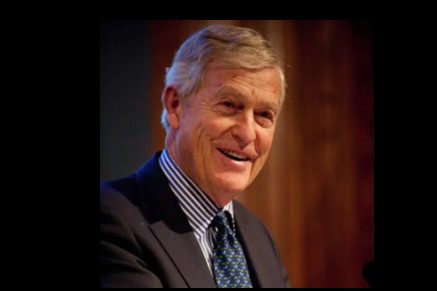 The world revolved around the Cold War.  For the most part, it was remote from domestic life in the United States because the “war” – was nation-state against nation-state and the players in the spy game were military, the CIA, and the State Department acting mostly in secret.   Only the propaganda reached the public and the main message was be afraid – be very afraid.

Wirth announced that a new unit was being established within the Department of State to define the new mission and to establish the organizational structure to carry it out.  Wirth was appointed to head up the new unit which was the Office of Global Affairs.   The new mission would be comprised of promoting and advocating for:

The clue that the new mission had been in the planning for a long time was when Tim Wirth mentioned the Global 2000 Report and a “basket of issues”.   The production of the Global 2000 Report was ordered by Jimmy Carter and the “basket of issues” refers to the Helsinki Final Act that was signed by Gerald Ford in 1975.  The following are links to prior research that will begin to explain a little about both but I have a lot more than just these two:

The Smart Grid:  Rest of the Story, Part 5, The Nut… Farmer from Georgia

Those two references are prima facie evidence of premeditation in what has been an attempted coup d’etat on the nation-state we know as the United States.  When the implications of that evidence are combined with what Tim Wirth had to say concerning working with multilateral organizations and the development of domestic constituencies to advocate for State Department policies, it’s really no different than a foreign power attempting a coup d’etat on the United States.

Of course I’m not saying that on the basis one appearance on a C-Span program 23 years ago.  I’m saying it on the basis of my years of research since ~ 2003.  The following is one piece of the puzzle that supports what I’m saying:

I took a clip of what I thought were the most significant things Tim Wirth had to say but the entire one hour program should be viewed.

The Carnegie Report that Tim Wirth referred to was:

A Science and Technology Agenda for the Nation: Recommendations for the President and Congress, A Report by the Carnegie Commission on Science, Technology and Government, December 1992

On Page 28 of the above report, they refer the readers to another Carnegie Report: Partnerships for Global Development: A Clearing Horizon, December 1992.