Home Refugees YOU WILL NOT REPLACE US! 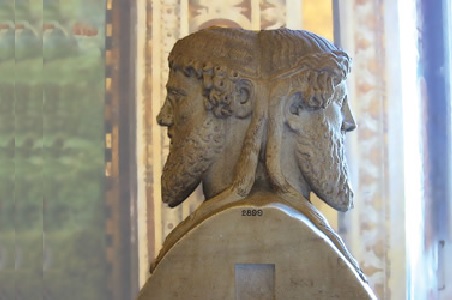 YOU WILL NOT REPLACE US!

[NOTE:  I watched the video of this while it was happening or shortly after.  When I heard the chant, “you will not replace us”, what came to my mind was the massive importation of H-1b’s  that were replacing American’s professional class with imported foreigners.  I also had in mind refugee resettlement –  massive importation of third world foreigners with cultures incompatible with our own.  And I had in mind our porous borders with illegal aliens pouring through them unabated.    It wasn’t until days later when I learned that the media was associating this march with a neo-nazi  movement that the media defined as the  “alt right”.   Months after that, I learned that the media publishes a report for themselves with definitions.   That’s when it really hit me how  clever the media is in using terms that they define one way – but that the media audience defines by their own definition as I did.  Lesson Learned.]

The most unsurprising thing about the events surrounding the rally to protest the removal of the statue of General Robert E. Lee which included a torch-lit march to the statue Friday evening followed by a rally at a park the next day, is that the media labeled all those who were protesting as white supremacists.

Antifa, the communists who are well known for their violence and radicalism were given a pass even though they were the antagonists opposing the protesters and they were the source of the violence at the rally.   It remains to be seen which side of the issue the driver, James Alex Fields who plowed into a crowd of antifa marchers – killing one and injuring 19 others was antifa or a protester because the radical left is well known for committing heinous acts while pretending to be on the right.

When President Trump made a statement about the events in Charlottesville, VA, he said “we’re going to study it”.   My suggestion would be that they start with what the people were chanting during the torch-lit march to the statue…. YOU WILL NOT REPLACE US!    That statement speaks volumes about the alienation of our young people from the country in which they were born.

It was easy for the simple-minded mainstream media to use the location and the statue of Robert E. Lee to paint the protesters as racists because no matter what the people on the right protest, they are called racists.  Even the people involved in the occupation of Malheur and the Bundy ranch standoff were labeled as racists enough though the issues were land use, abuse of government regulatory power and the use of military force against civilians in a civil dispute.  (Note to government:  nobody was fooled by the Park Ranger patches on the soldiers).

With even a modicum of familiarity with history, these are the actions of a government that is becoming communist.   Excessive use of force, erasing history, replacement of the existing culture (social order) by outsiders who are hostile to everything the country was before the conversion.  In other words, communists destabilize countries as they take over – putting their comrades into positions of power while at the same time – rewriting history.

What got me started with Internet research and writing was the replacement of American IT professionals with Indian imports who – according to media propaganda were better analysts and programmers despite the fact that they were coming from a third world country where the people would simply stop, drop their pants and crap on the side of the road.  Outhouses were an “innovation” that seems to have eluded them but they were great IT people.   And the same thing was happening at the same time to American blue collar workers.  The mainstream media propaganda was that the massive invasion of mostly Mexicans was to do the jobs that Americans wouldn’t do.  American construction workers were jobless – replaced by Mexicans who came from a country where raw sewage runs in the streets in their capital city and most people live in shanties.  The ultimate joke was when workers were imported from Thailand to pick the apples in Yakima because those were jobs that the Mexicans no longer would do.

The replacement of American workers in our job market was the ultimate betrayal of Americans by our own government.  Where is the benefit to economically destroying your own people?  It almost made me laugh when Donald Trump said in his little speech about Charlottesville that we have to love each other, trust and believe in each other again.  Really?  And this comes after he announced that he was going to fix the immigration system to be merit based allowing foreign students (who are attending AMERICAN schools with AMERICAN students)  to stay in the country and work – no doubt taking those jobs that our American students won’t do.   If I don’t sound angry and bitter, it’s due to my failings as a writer and not because the emotions aren’t there – because they are and they are strong.

When I heard the chant of the marchers in Charlottesville…. YOU WILL NOT REPLACE US!   That’s the rallying cry for Americans and I stand 100% with them.    They are young.  They should have all the youthful optimism of a future in a country that presents itself as standing for freedom and liberty but that country is betraying them by trying to change our history while diminishing their prospects for the future by replacing them in the job market in their own country while erasing their history, heritage, culture and identity.

Since I started my internet activism, my self-assigned mission was to reconstruct the history that led to such an incredible betrayal of our people by our own elected officials and government.   Just like the Quislings of France who aligned themselves with foreigners – the German Nazis, the American government has aligned itself with the globalist ideas of Open borders, Open economy – Open society with the devolution of power ultimately towards disintegration of the national government.  In effect, they’ve been committing national suicide while throwing our people to the wolves and then they wonder why our young people are protesting in the streets?

This morning on BookTV, writer Tom Basile talked about his book Tough Sell.  The book is about the work he did in Iraq trying to sell the Bush Administration policy of why we were in Iraq.  In a very few words, he explained the whole debacle.  The Bush Administration was addressing the freedom issue in the Middle East.   The war in Iraq was sold to us as being connected with weapons of mass destruction – just like they are doing with North Korea now.   Basile didn’t explain “the freedom issue” but in the context of the globalist agenda of the O’s, it’s easy to see why it was a hard sell.   If the media presented truth rather than just whatever BS stories they can concoct to manipulate public perception, they would have said we are going to destroy Iraq, their culture, their history, their society and throw their people to the wolves so that the country can be captured by the globalist technocrats who will loot, destroy and enslave all in the name of being Open.   Now that the Middle East has been pretty much destroyed, our attention is being turned to North Korea so those people can be “set free”.

The reason I started writing this commentary was not because of the rally in Charlottesville and not because of the book Tough Sell.  It was because of a statement in an article I was reading this morning: Populism and Technocracy in the Twenty-First Century.   The following is the thought that captured me:

Something else has been striking about the political languages employed to describe Europe’s troubles in the early twenty-first century: the rise of the term “technocracy.” The charge that Brussels is populated by bureaucrats (and technocrats) is hardly new; what is new is that technocracy is seen as a kind of regime in its own right…

That is precisely correct because technocracy (small ‘t’) is at the core of the Open Society and it is the driver of the destruction of societies worldwide.  The technocrat systems designers have been given license to design global systems that reduce all people to being merely standardized entities to be managed by the systems.   That’s why the elimination of nationality is a requirement.  All the animals are equal but some animals are more equal than others.

Donald Trump said in his brief statement regarding Charlottesville that they intend to study the problem.  Ironically, he’ll need technocrats who are anti-technocrat as well as historians, anthropologists and psychologists to study the problem.  If he’s serious, he won’t have economists or lawyers involved.  They will be useful only for the deconstruction of the technocrat’s Open air cage into which human societies of the world have been captured.

Note:  I had a video of the post-mortem of the march by one of the organizers, but apparently that video was taken down.