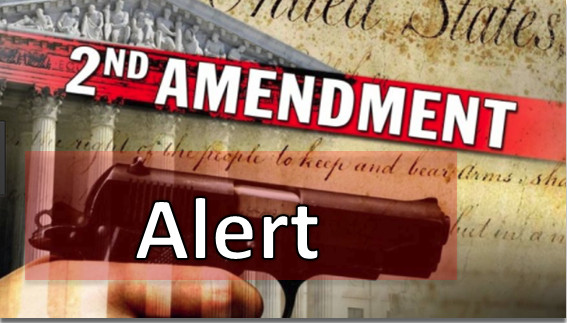 A certain number of people have to die at an intersection before a stop light is considered cost justified.   But on the national level, one event can trigger federal legislation that affects everybody in the country.  Such is case with the Texas Church shooting carried out by Devin Patrick Kelley.  Recall that Kelley went on a shooting rampage at the First Baptist Church of Sutherland, Texas.  It was reported that he killed 26 people and wounded 20 more.

The FoxNews article that was published on November 5, 2017, included the following:

A possible motive was unclear. Kelley lived in a suburb of San Antonio and didn’t appear to be linked to organized terrorist groups, a U.S. official told The Associated Press. The official said investigators were looking at social media posts Kelley may have made in the days before Sunday’s attack, including one that appeared to show a semiautomatic weapon.

A spokesperson with the U.S. Air Force confirmed to Fox News that Kelley served in the military branch at Holloman Air Force Base in New Mexico from 2010 until a bad conduct discharge in 2014.

He was court-martialed in 2012 for assaulting his wife and child, and when he was discharged received 12 months of confinement and a reduction in military rank.

Two days later, the New York Times published an article that added these details to the story:

SUTHERLAND SPRINGS, Tex. — The gunman behind the worst mass shooting in Texas history escaped from a psychiatric hospital while he was in the Air Force, and was caught a few miles away by the local police, who were told that he had made death threats against his superiors and tried to smuggle weapons onto his base, a 2012 police report showed.

According to an El Paso Police Department report from June 2012, officers took Mr. Kelley, then 21, into custody at a bus station in downtown El Paso, where he apparently planned to flee on a bus after escaping from Peak Behavioral Health Services…He had gone to Peak Behavioral, whose services include a program for military personnel, after being charged in a military court with assaulting his wife and baby stepson, charges he later pleaded guilty to.

The report filed by the El Paso officers says that the person who reported Mr. Kelley missing from the hospital advised them that he “suffered from mental disorders,” and that he “was attempting to carry out death threats” against “his military chain of command.” The man “was a danger to himself and others as he had already been caught sneaking firearms onto Holloman Air Force Base,” it added.

Federal law prohibits gun possession by anyone who “has been committed to any mental institution,” which occurs after a legal process, but it was unclear if that had happened to Mr. Kelley.

This morning in my inbox, I received two alerts and one emergency notification on facebook regarding two pieces of legislation being ramrodded through the Congress.

The two pieces of legislation are:

The Fix NICS bill is supposedly about fixing the computer system that does the background checks and it comes with federal grant money to encourage (bribe) state officials to cooperate.   The legislation includes this language which indicates to me that the objective is really to expand the authority to deny gun permits for people who didn’t commit felonies but who simply have been reported as being involved in a domestic violence accusation.  The offending clause is highlighted:

“(A) ESTABLISHMENT.—For each of fiscal years 2018 through 2022, the Attorney General shall create a priority area under the NICS Act Record Improvement Program (commonly known as ‘NARIP’) for a Domestic Abuse and Violence Prevention Initiative that emphasizes the need for grantees to identify and upload all felony conviction records and domestic violence records.

[Side Note:  In this age of treachery and subversion from within, reciprocity across state lines for anything should be viewed with suspicion because crossing state lines is what gives the FEDS jurisdiction so don’t be a sucker for that.]

The Bertrand Intelligence Report I received on this issue included a link to an article in USA Today.

According to the article, the system wasn’t functioning properly.  That’s no surprise to me.  Our government’s computer systems were destroyed during the Clinton Administration and the “reinvention of government” project which sought to simply rewrite all of the systems – integrating them into one massive Stasi police state system.   Over the last 15 years, I’ve watched many hearings about computer system failures that were causing our government to not function properly.  Computer systems don’t exist in a vacuum.  They were designed and built within constitutional and lawful statutory boundaries but all that changed under the Clinton Administration.  It was a free-for-all, connect everything, scoop up all the data and use it for police state control era.

The USA Today article has a number of links in it.  There is one that is particularly significant:

What needs to be done is to tell Congress that we are no longer fooled by the dialectics and to put a stop to this crap.   Tell them to vote NO on the gun legislation because it is only increases the power of the police state.

In one of the alerts I received, there was a recommendation to listen to the guy on the Guns & Gadgets channel concerning HR 38 and Fix-NICS.  He is apparently a pro- second amendment police officer who monitors the gun issues closely.  I listened partially to the video – enough to know that he does know how Congress does the fast shuffle, card up the sleeve conference committee con so I’m including the video link here.