Home Government The Hammond Case: A Travesty of Justice 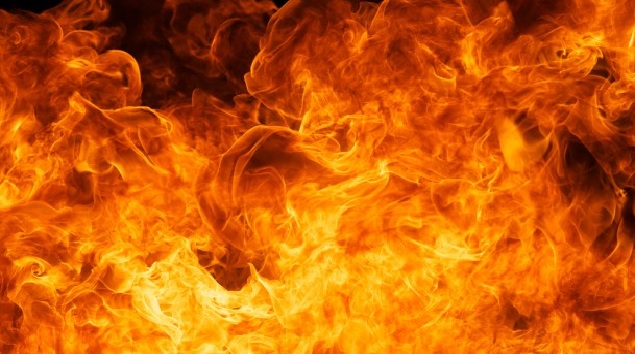 The Hammond Case: A Travesty of Justice

The U.S. Government’s case against Dwight and Stephen Hammond amounts to a prosecutorial slapp suit. A slapp suit in civil matters is a “strategic lawsuit intended to censor, intimidate and silence critics by burdening them with the cost of legal defense until they abandon their criticism or opposition”. [1]

A prosecutorial slapp suit would be one in which a defendant is grossly over-charged with the criminal charges brought against them being malicious, abusive, vindictive and strategic.  Such is the case with the prosecutor’s case against the Hammonds.  It was guaranteed to bankrupt the Hammond’s and to force them to sell their property – including water rights to the government.

The government’s initial filings included 6,000 pages with nineteen charges over a 24-year time span.  On May 16, 2012 in a Superseding Indictment, the grand jury reduced the time span to seven years, decreased the objects of conspiracy by four, cut the manner and means by three and deleted ten overt acts (CR 104).[2]  Ultimately, the senior Dwight Hammond, age 70 when the charges were brought was found guilty of one count and his son Stephen Hammond was found guilty of two counts for which the Judge gave the following sentences.

Dwight Hammond was found guilty of Count 2 of the Indictment, sentenced to 3 months in prison with a 3-year term of supervised release subject to the standard conditions and the following special conditions:

The defendant shall cooperate in the collection of DNA as directed by probation.

No fine is ordered.

The defendant shall cooperate in the collection of DNA.

No fine is ordered.

A source who shall remain anonymous revealed that Mr. Hammond was forced to sign over to the government a Right of First Refusal on the sale of his ranch as a condition of the probation.

Why would the government do that?   It’s a no-brainer when you see the location of the Hammond Ranch relative to the Malheur National Wildlife Refuge.   And one other fact that didn’t and couldn’t have come out in the Hammond trial is that the BLM – Andrew Resource / Steens Area Field Manager, Rhonda Karges is married to Chad Karges [3] who is the Malheur National Wildlife Refuge Manager.  And it’s no secret to anybody that the EPA, BLM and other agencies and departments of government are working overtime to lock up and prohibit use of ALL natural resources in this country to comply with United Nations Agenda 21 and the UN Biodiversity Treaty even though the senate never ratified it.

The charges and penalties requested by the prosecution were based on the heft of the original indictment that went back 24 years with 19 charges.  As stated above, the Superseding Indictment of the Grand Jury reduced the charges to a time span of seven years and 9 charges.  Ultimately Dwight Hammond was convicted of Count 2 and Stephen was convicted of Count 2 and 5.  The prosecutor’s request for penalties put the case within the legal sphere of terrorism which is the reason for the mandatory minimum sentence of five years in prison.

The following are the specifics of Counts 2 and 5 from the Superseding Indictment:

On or about September 30, 2001, in the District of Oregon, defendants STEVEN DWIGHT HAMMOND, DWIGHT LINCOLN HAMMOND, JR. and aided and abetted by other persons known and unknown to the grand jury, did intentionally and maliciously damage and destroy, or attempt to damage and destroy, by means of fire, real and personal property owned and possessed by the United States, or any department or agency thereof, to wit: the United States Department of Interior and Bureau of Land Management, located in Harney County, within and near the Hardie-Hammond grazing allotment in the Steens Mountain Cooperative Management and Protection Area;

On or about August 22, 2006, in the District of Oregon, defendant STEVEN DWIGHT HAMMOND did intentionally and maliciously damage and destroy, or attempt to damage and destroy, by means of fire, real and personal property owned and possessed by the United States or any department or agency thereof, to wit: the United States Department of Interior, United States Fish and Wildlife Service and Bureau of Land Management, located in Harney County, within and near Krumbo Butte in the Malheur National Wildlife Refuge and the Steens Mountain Cooperative Management and Protection Area;

For the sake of context, it must be noted that fire is used in the normal course of land management as specifically mentioned by the prosecutors on Page 2, Count 1 of the Superseding Indictment.  Even though it’s only mentioned in Count 1, the statement serves as a universal description on the use of fire in land management:

“During all times relevant to this count, the Burns District BLM had a prescribed burn program which used fire for habitat improvement, ecosystem restoration and maintenance, and reduction of hazardous fuels. Private owners’ participation in the program was voluntary. Many private landowners had prescribed burn plan agreements with the Burns District BLM to cooperatively control the conversion of shrub and grasslands to juniper woodland on private and public lands in the Steens Mountain area.”

The violation of law and the penalties requested on Counts 2 and 5 of the Superseding Indictment are Title 18, Sections 2 and 844(f)(1).  The following is the text of those statutes:

(a) Whoever commits an offense against the United States or aids, abets, counsels, commands, induces or procures its commission, is punishable as a principal.

(b) Whoever willfully causes an act to be done which if directly performed by him or another would be an offense against the United States, is punishable as a principal.

(1) Whoever maliciously damages or destroys, or attempts to damage or destroy, by means of fire or an explosive, any building, vehicle, or other personal or real property in whole or in part owned or possessed by, or leased to, the United States, or any department or agency thereof, or any institution or organization receiving Federal financial assistance, shall be imprisoned for not less than 5 years and not more than 20 years, fined under this title, or both.

As you can see above, penalties under 18 U.S.C. 844(f)(1) fall into the category of terrorism as defined in Public Law 104-132, Antiterrorism and Effective Death Penalty Act of 1996.  This legislation increased the penalties for international and domestic terrorism.  The application of it was for groups like the Earth Liberation Front (ELF).  The ELF was an international eco-terrorist group from Great Britain.   In 2011, the Rolling Stone published a reprint of a 2006 article titled The Rise and Fall of the Eco-Radical Underground about the ELF and their activities which did include the use of explosive materials with the intent to “hasten the collapse of the ‘ecocidal’ empire as he and his fellow members of the ELF like to call America”.

At the sentencing hearing, The Hon. Michael R. Hogan, Presiding Judge said that to impose the mandatory minimum sentence for the Counts that the Hammonds were convicted of “would shock the conscience” and he refused to do it:

“Now, with regard to the mandatory minimum, I don’t need to repeat that — this, but you all know that — and because you are experienced before me that I think Mr. Lessley told me a short time ago that he and Mr. Papagni came in about the same time to work both sides of these cases, and I have been a — I have been a pretty faithful observer of the guidelines when they are required to be and their requirements and have been working with sentences for 39 years.

I remember my first sentence for a petty offense, and I knew what I wanted to do. I just didn’t know how to say it. And that was a different problem back then.  I am not going to apply the mandatory minimum and because, to me, to do so under the Eighth Amendment would result in a sentence which is grossly disproportionate to the severity of the offenses here.  And with regard to the Antiterrorism and Effective Death Penalty Act of 1996, this sort of conduct could not have been conduct intended under that statute.

When you say, you know, what if you burn sagebrush in the suburbs of Los Angeles where there are houses up those ravines?  Might apply. Out in the wilderness here, I don’t think that’s what the Congress intended. And in addition, it just would not be — would not meet any idea I have of justice, proportionality. I am not supposed to use the word “fairness” in criminal law. I know that I had a criminal law professor a long time ago yell at me for doing that. And I don’t do that. But this — it would be a sentence which would shock the conscience to me.”

The circumstances and the charges the Hammonds were convicted of didn’t rise to the level of eco-terrorism.  What this case demonstrates is the flaw in mandatory minimum sentencing and how prosecutors can exploit that flaw for malicious, vindictive and strategic purposes which in this case is to obtain the land that the Hammonds own.

The Hammonds admitted to using fire as a tool in the course of their business of ranching.  Repeating from above, fire is used for habitat improvement, ecosystem restoration and maintenance, and reduction of hazardous fuels.  In essence, the Hammonds were convicted of being Ranchers and there is only one word that adequately describes this case against them.  The word is travesty.  If ever there was a case that could be called a travesty of justice, this one is it.

[1] Slapp Suit, A strategic lawsuit against public participation (SLAPP) is a lawsuit that is intended to censor, intimidate, and silence critics by burdening them with the cost of a legal defense until they abandon their criticism or opposition.  https://en.wikipedia.org/wiki/Strategic_lawsuit_against_public_participation