Home Government “What Are We Missing?” 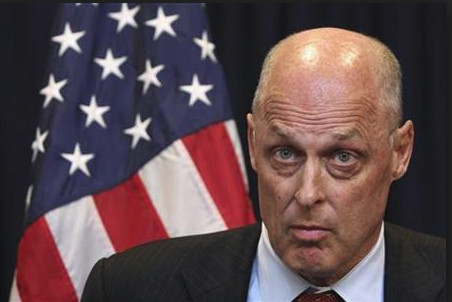 “What Are We Missing?”

Earlier this week, Georgetown University hosted a most amazing conference titled on U.S. Capital Markets Competitiveness. Treasury Secretary Henry Paulson issued a press release concerning the conference and the attendees.  As university President John DeGiola said, it was a most extraordinary group of leaders brought together to discuss ways to keep the U.S. competitive in the global economy.

What precipitated the conference was a speech Treasury Secretary Henry Paulson gave to the Economic Club of New York several months ago in which he outlined six ways to ensure competitiveness in the years to come. The goal is to improve strength, efficiency and transparency of our capital markets. DeGiola introduced Paulson, with a summation of Paulson’s previous speech:

Take a broader view considering the ability of American firms to compete globally to:

Which one – laugh or cry?  If our country has to depend on the moral leadership of Wall Street business executives, that’s it – it’s all over. We’re done. End of story. And Secretary Paulson proved it first thing out of the box when he gave his opening statement on the objectives of the conference.

Focus of the conference:

HENRY PAULSON: “Our regulatory system has served us very well over the course of our history. It is part of the foundation for our prosperity and growth… BUT… “consider whether it would be practically possible and beneficial to move toward a more principles-based regulatory system as we see working in other parts of the world…. In my judgment, we must rise above the rules-based mindset that asks: “is this legal”, and adopt a more principles based approach that asks: “is this right”.

Later on in the panel discussion, John Thain mentioned the acronym IFRS with no explanation. The meaning of this term is: “International Financial Reporting Standards“.

The real purpose of this conference? HARMONIZATION!

What Treasury Secretary Paulson is proposing is to turn over regulation of our financial markets to an international body over which the U.S. has no control.

CHRIS COX: “Congress, in repeated enactments has directed the SEC, most recently in the Sarbanes-Oxley Act to aggressively move to study and talk about the implementation of and schedule the implementation of a move to principles-based rather than a rules-based accounting and the SEC has in fact, done that… (paraphrase) Enron taught us rules don’t work… rather or not we can INTEGRATE with a world that surely is slightly more principles-based than is the U.S. system. And so, given that we are focused here on competitiveness of the U.S. system; given that John (Thain) has mentioned IFRS as something the U.S. should be open to…”

Clearly, this was a facilitated meeting and the decision has already been made to hand off regulation of U.S. capital markets to some international body over which the U.S. has no control.

Towards the end – as a way to wrap up the session, Henry Paulson stuttered his way through the question “What are we missing? What are the… Is there something major we’ve missed… something outside when we talk about U.S. competitiveness more broadly? What else should we be focusing on?” Warren Buffet’s answer is the reason why, Henry Paulson was stuttering and why, in facilitated meetings, open questions are avoided assiduously:

WARREN BUFFET: I think you have to start out with the fact that corporate profits as a percentage of GDP at well over 8% are just about the highest in the history of the United States and return on tangible equity of major American corporations are also at about the highest in history. So if something is wrong with the system, it hasn’t seeped through to the actual operating results of business. Business results have been almost incredible in recent years. You can look at the charts for decades and decades, corporate profits were between 4 and 6% of GDP and it’s broken out in a huge way. And of course, you have the stock market selling at a huge percentage of tangible equity. So a dollar invested in American business is producing three dollars or so – or more in market value. That cannot be regarded as a broken capitalistic system”. 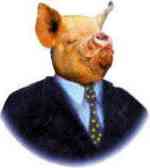 So to the question, “What are we missing?”, the answer is…. Not much. Under the regulated U.S. financial system, they’ve only been able to grab 80% of the wealth of this nation. Now they want to move to a “principles-based” international system which is essentially, just an unregulated system so that they can get the rest of it.

You can’t believe how bad it’s going to get before it gets any better,” the prominent U.S. fund manager told Reuters by telephone from New York.

Globalization constitutes subversive and un-American activities. It is a traitorous sell-out of America. The movement to international systems of “governance” are subversive to the U.S. Constitution and the United States. It’s a sad time in history when the so-called leaders of this nation are the enemies within.

This article was originally posted on my old website:  Channeling Reality in 2007. 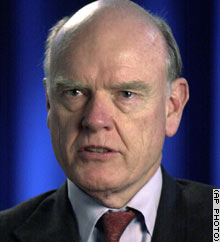 Chris Cox: “CALPERS announced they were going to be investing in China“

Congressman John Spratt (D-SC) said, as of the end of fiscal year 2003 revenues were at their lowest point since 1950. The revenues were only 16.2% of GDP

“there is six trillion dollars offshore”.