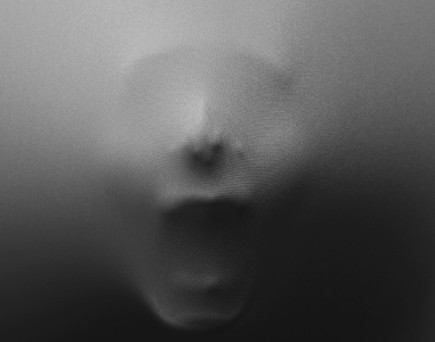 The Nightmare of Project Destiny

Project Destiny is an initiative for restructuring the health care and pharmaceutical business.

Project Destiny is being promoted by several large pharmaceutical corporations and pharmacy industry associations is to have a new health care specialty recognized – but before describing that, who’s behind the initiative is most interesting:

The American Pharmacists Association (APhA), the National Association of Chain Drug Stores (NACDS) and the National Community Pharmacists Association (NCPA) announced the initiative last month. The end result of Project Destiny will be the development of a strategic plan that validates community pharmacy’s future role in the delivery of health care as a valuable and integral component, which is accepted and recognized by patients, payers and policymakers for the patient care services that they deliver.

The associations selected BearingPoint to execute the initiative, which will position the pharmacist as the medication expert and the key provider of medication therapy management services to patients. Bearing Point’s evaluation is nearly half-way completed.

In another article at the same industry website, this article was found:

According to initial results of the landmark “Project Destiny” initiative, community pharmacy can ensure its healthcare services beyond dispensing medication are embraced broadly, if it acts decisively and cooperatively with healthcare industry stakeholders. The three pharmacy groups advancing the initiative now are developing a strategic plan to advance the concepts identified in the first phase, which hold promise for healthcare quality, access and affordability.

One key concept that emerged from the first phase of the project is that of a “primary care pharmacist,” who would work collaboratively with the healthcare delivery and financing systems and focus on managing medications, positively impacting health outcomes, reducing overall healthcare system costs and empowering consumers to actively manage their health. Putting this concept into practice would require the development of pharmacy-based Patient Care Management Services that are consistent nationwide while maintaining the autonomy of individual pharmacies.

The Patient Care Management Services envisioned in the model go beyond a narrow definition of medication therapy management and include interventions targeting 15 conditions plus polypharmacy (the use of multiple medications by a patient) that drive demand for avoidable healthcare utilization. Project Destiny would seek to leverage, and not reinvent, the work of entities already demonstrating value in some segments.

The National Association of Chain Drug Stores had an Executive Summary for Project Destiny posted on their website that is no longer there.  Fortunately, it was captured and saved by this writer:

The American Pharmacists Association (APhA), the National Association of Chain Drug Stores (NACDS), and the National Community Pharmacists Association (NCPA) have joined together for Project Destiny, an initiative intended to foster the broad embracing of community pharmacy’s healthcare services beyond dispensing medication. Pharmacists, as medication experts, are well-suited for providing patient care that ensures optimal medication therapy outcomes and can contribute to the lowering of overall healthcare costs. Project Destiny has identified potential mechanisms for offering services to patients that are valued by the healthcare system which can be replicable, scalable and economically viable for community pharmacy.

In addition, in October 2007, the Milken Institute released a report that indicated the seven most common chronic diseases in the nation put a $1.3 trillion annual drag on the economy. The report estimated the drag could reach nearly $6 trillion by the middle of the century.

The Model aligns services that are managed and delivered directly to consumers through primary care pharmacists and their teams:

Dispensing and Administering – Services related to the coordinated preparation, filling, and delivery of a customer’s prescription medications as well as administering of other medications (e.g., vaccinations).

In addition to the services delivered directly to consumers by primary care pharmacists, the model includes Consumer, Service, and Outcomes Data services. These services focus on reporting detailed and aggregate data related to patients, services, and outcomes to prescribers, payers, funders, and consumers.

BPS analyzed these functions in 2006 in the afore-mentioned role delineation study, which describes and empirically validates the domains, tasks, and knowledge that comprise ambulatory care pharmacy practice. According to the task analysis performed for that study, the following are the domains of ambulatory care pharmacy specialty practice that are performed regardless of practice site:

Since by appearances, it was the report from the Milken Institute report that was behind the Pharmaceutical Industry initiative for Project Destiny, I did a search on Federal Reserve and Health Care to see how much of a part the Federal Reserve was playing in this attempt to circumvent physicians in the prescription medications business. I was sure I would find information on it because I heard Alan Greedspan testify to Congress around 2004 that the health care system needed to be changed to stop spending all that money on sick people – and instead spend it on “wellness”.

Then something really interesting came up in my search, Tax Cheat Daschle Favors “Federal Reserve for Health“,

But while President Obama was bashing greed on Wall Street, in terms of the big bonuses paid to executives, the details of the Daschle tax scandal were starting to emerge. The scandal not only threatens to derail Daschle but undermine Obama’s national socialist health care plan.

Wall Street operator and Democratic Party moneybags Leo Hindery, who hired and paid Daschle millions of dollars and gave him a limousine and chauffeur, wrote an article for the Huffington Post in 2008 saying that he was endorsing Obama for president because the candidate believes in every American “once again paying his or her fair share” of taxes. That didn’t happen in Daschle’s case.

Follow the money….. Who is Leo Hindery? According to Forbes in 2000

Time flies when Leo Hindery is having fun. A year ago, Hindery was sitting pretty leading AT&T’s coveted Internet and broadband division.

A lot has happened since then. During his stint at AT&T (nyse: T – news – people), Hindery was caught with his pants off when he categorically denied rumors that AT&T would consider selling its stake in Excite@Home (nasdaq: ATHM – news – people). Shortly after, AT&T issued a release saying it was continuing to “explore its investment strategy in Excite@Home.” Oops–either Hindery was lying, or he wasn’t invited to any of the discussions. A week later, Hindery unexpectedly resigned from AT&T.

It doesn’t look good for a young kid to change jobs like underwear, and it looks even worse for a 53-year-old high-level executive. But the last couple of years appear to be the exception to the Hindery rule. In 1988, Hindery helped found InterMedia Partners, a cable operator. Then, in February 1997, he was named president of TCI, before TCI was acquired by AT&T in March 1999. At TCI, Hindery established the reputation of a make-things-happen man. By all accounts, Hindery stuck the rough times out and was responsible for TCI’s turn around.

Most reports suggested that Hindery was hired to take care of Global Center. After Exodus bought it last month, his purpose had been served. And a profitable purpose it was. One report said that Hindery’s compensation package will entitle him to 5.5% of Global Center’s value over $2 billion. Since Global Center sold for $6.5 billion, he certainly won’t leave empty-handed.

And then – the icing on the cake. The best for last – and what I live to find – the designers – movers and shakers of “New America”. My only question is – who asked them?

From Whitehead’s bio:   “In late 2001, he was appointed to chair the Board of the Lower Manhattan Development Corporation.”

[Note: I couldn’t find the exact page in the archive of when I extracted this info. Apparently they were going through website changes. I did find a later page in 2009 that lists Leo Hindery as a member of the leadership council.]

I don’t know if there is a connection here or not, but I was reviewing the list of registered lobbyists for 2009 at the Oklahoma Legislature and found several of interest.

Among many others are:

The highlighted firms are on your Project Destiny list of participants.

I do not have a way to determine if they worked together, separately, or if they proposed any legislation this session that would fit in with Project Destiny.

I thought it interesting that the very firms you discovered are lobbyists in Oklahoma.
Signed A-

Originally published on Channelingreality.com on May 15, 2009