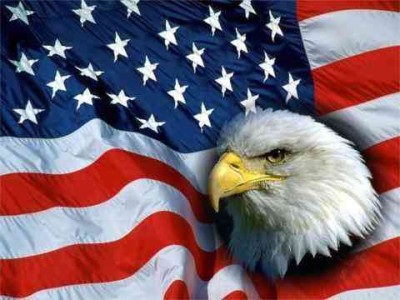 Dave Finkelnburg, who just so happens to be the chairman of the Bannock County Democrats recently tried to bury the role his party played in the Hoku mess. Dave wrote his Democratic Party apologist opinion piece in response to a column I had submitted to the Idaho State Journal a couple of weeks ago. 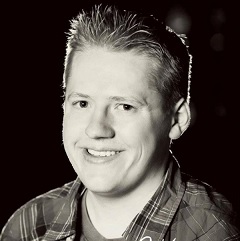 Dave accused me of saying a number of things I never said in my column. Dave said, “According to the Republican operative, the Bannock County Democratic Party literally forced the head of Hoku and its lenders to invest the $700 million it did in Pocatello. The truth is Hoku’s decision to locate in Pocatello was made entirely by the company’s managers and investors.”

What? I said no such thing. I never said that the Bannock County Democratic Party forced the head of Hoku and its lenders to invest $700 million in Pocatello. Dave is building a straw man and knocking it down in the hopes of discrediting me somehow. In reality a strawman argument only discredits the strawman. Strawman arguments also hurt the credibility of the individual who created the strawman in the first place.

Look, I never said that the Democratic Party forced Hoku to invest money here. That is an argument I did not make, despite what Dave says. I did however, say that the Democrats made a lousy deal with Hoku that wasted taxpayer dollars and negatively impacted our economy.

Hoku alone is to blame for the massive debt that caused their companies bankruptcy. The local Democrats are only responsible for investing tax dollars in a company that was financially unstable and was going bankrupt.

Now I am not saying that only the Democrats are responsible for all such ridiculousness that happens around the country. What I am saying is that the Bannock County Democratic Party is the only local political party that is directly responsible for the Hoku mess.

While it is true that Butch Otter was misguided enough to support Roger Chases Hoku deal, the Bannock County GOP never did. Do I need to reiterate that? The Bannock County GOP never officially supported Roger Chases Hoku failure. Although it is absolutely true that the foolish attempt to buy jobs by granting public subsidies to private businesses are a 100% bi-partisan shortcoming. The difference with Hoku is the fact that the deal was abnormally more stupid than most tax increment financing deals. Hoku came to Pocatello and never opened its doors. This was obviously a horrible deal since we would have gotten only $99 back from our $1 million investment and it would have taken 99 years to do so. To this day, I am still left wondering who in their right mind thought this was a good idea. It really doesn’t get any more stupid than this. Anybody who thinks first before they act would have looked into Hoku’s finances before making such a lousy deal with them. The deal that the City made with Hoku showcases the intellect of the Democrat Party.

We cannot forget that the Democrats in the Pocatello City Council obviously failed to vet Hoku because Hoku was a struggling company that was terribly in debt and yet former Mayor Roger Chase still made this ridiculous deal with them. And tax payers were absolutely left footing the bill.

Dave claims that tax payers were not left footing the Bill for this mess. Dave Said, “Pocatello invested over $1.2 million in the Hoku site. The investment agreement requires the Pocatello Development Authority (PDA) to repay every penny of that money from property taxes collected on improvements on the site. Just last month, Mayor Brian Blad asked the PDA for $350,000 to repay part of that investment. He requested even more last year. Anyone who argues that Pocatello taxpayers are left footing the bill is simply wrong.”

Are they wrong Dave? How can you make such a claim when everyone’s power bills went up because of the Hoku mess?

Dave is making the claim that tax payers didn’t have to foot the bill for this disaster because the PDA is apparently paying for it. Does Dave seriously not realize that the PDA is owned by the Government. The PDA is entirely paid for by the tax payers. Everything the PDA does is funded by tax payers. The PDA is using taxpayer dollars to pay for the Hoku mess. So who again is left footing the Bill for Roger Chases Hoku disaster? The taxpayers are left footing the bill.

Dave acknowledged in his column that “power costs did go up in 2013” because of Hoku. But he disagreed with the percentage Mayor Blad supposedly claimed our power Bill increased because of Hoku. Dave said, “Blad is quoted as making the outrageous claim that Pocatellan’s power bills went up 25 percent because of Hoku.”

There is a glaring problem with what Dave accuses Mayor Brian Blad of saying. Mayor Blad never specified the exact percentage Hoku increased our power bills by.

Dave also claimed that candidate Brian Blad supported Hoku in a 2009 debate with Mayor Roger Chase. Dave failed to mention one important fact about that debate. That 2009 debate took place before Brian Blad knew about the things that our former fire chief and others told Roger Chase about Hoku at the time.

Blad said, “The thing about Hoku is there were many people who told Roger (Chase) don’t put that there. I know our former fire chief said you don’t put that there because it’s got toxic chemicals, it’s got waste in it that when there is a fire, not if, but when there’s a fire the prevailing wind blows those chemicals straight over the city. So it was a dangerous thing to do, it was ill-advised, it shouldn’t have happened and it’s cost us a lot of money.”

Candidate Brian Blad did not know what Roger Chase knew during that 2009 debate. Brian Blad was not told by our fire chief and others not to bring Hoku here because it was a terrible idea. Roger Chase was the one who was warned about the serious problems Hoku would cause and yet he still went ahead with it.

The Democrats are attempting to bury the role they played in the Hoku disaster, but they won’t get away with it as long as I am here.

Ben Gregersen of Pocatello is a student at Idaho State University and is the acting chairman of the Bannock County Republican Liberty Caucus. He is also the host of “The Ben Gregersen Show,” which airs on Wednesdays at 9:30 p.m. on Pocatello Channel 12.

If you wish to read Dave the Democrats column click here…