Home Refugees-TF Updated: Much Ado About Something 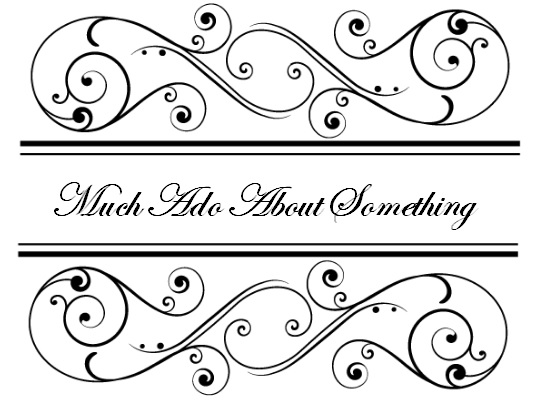 Updated: Much Ado About Something

So… according to the Editor of the Times-News, the denial of the freedom of information request for the Abstract that refugee centers are supposed to file with HHS is “much ado about nothing”.   Somebody should tell him that when a public institution refuses an information request claiming “trade secrets” when the request was not for contract information that might reveal vendor trade secrets, that is clear and convincing evidence that much ado would be made about something if the subject of the “ado about nothing” were revealed.  Since the Times-News Editor doesn’t seem to have the nose for news, we probably should help him out.

A friend and fellow researcher found a very interesting website the other day.  The website is a system:  WRAPS. WRAPS is the Worldwide Refugee Processing System.     It is a global system – just like the iSupport System that was the true purpose behind the Uniform Interstate Family Support Act of 2008 that called for the integration of a Hague Convention into state law in Idaho’s S.1067 legislation.

I’m not sure I ever explained this, but a global system is a computer system that contains the data and does the processing for all countries participating in the system.   In effect, the participation in a global system that our country does not control means that a function of government has been turned over to a foreign power and that foreign power is given managerial control over the process.   In this writer’s opinion, that is treason.

The State Department is apparently responsible for the WRAPS system.   A report about the WRAPS system was found in the FOIA section of the State Dept. website.  It is titled PIA Template.  The State Department has Standards and Procedures.  In the President’s Management Agenda on page 16 in the section titled Expanded Electronic Government, PIA is defined as Privacy Impact Assessment.  So, what the title PIA Template means is that the report is a Privacy Impact Assessment for the WRAPS system presented in the standard template (format).    As you are reading it, see who gets to add data to it.

(Side Notes:  The explanation of the Privacy Impact Assessment process was also found.  It has useful information in it should any further FOIA requests on systems that the State Department administers are needed.    Another interesting page was found.  It is a map of the United States.  If you click on Idaho, you’ll see the State Department activities in Idaho.)

Going back to the WRAPS website (first link above), on the tab labeled CAM Program, at the bottom of the panel is the title R&P Resettlement Affiliate Directory.  This is a directory of all the Resettlement and Placement Affiliates.

Notice the format.  The number in front of the name International Rescue Committee is the code within the computer system by which the organization and location is identified.

Sequence Number:  01     (probably a seq. no incremented for multiple locations in a state.)

On this one, the Organization is the U.S. Committee for Refugees and Immigrants

The U.S. Committee for Refugees and Immigrants is the VOLAG that is operating in Twin Falls.  The following are all the entries for Idaho Affiliates:

Do you see the inconsistency in the coding for the College of Southern Idaho Refugee Programs?

It’s listed as USCRI – but the enterprise name is College of Southern Idaho Refugee Programs.

Underneath the CSI Programs sign, on the supporting structure, there is a symbol and the name Trane.  You can’t see it really well in that picture but it is there – embossed in the concrete.   So, I went to the Trane Corporation website to get the name of the Trane Dealer in Twin Falls.  No joy.  No Trane dealer in Twin Falls.   But I just happen to have an old phone book so I used it to look up Air Conditioning companies.  I found that Terry’s Heating & Air Conditioning used to be the Trane Dealer and they used to be located at 1526 Highland Ave. E.   where the CSI Refugee Program is located now.

And a much smaller ad and with the notation that they are a drug-free workplace (the tell).

Note to self:  Check to see if ARRA funds were used to build any part of Terry’s new building.

So now we get to the money question.    If the College of Southern Idaho Refugee Program is separate from the college, where is their Form 990?   But they are listed in the WRAPS system as USCRI with the 1526 Highland Ave E. address.   So the only thing to do was to find the USCRI Form 990.  But before we look at that, on the CSI Refugee Program history page, it says this:

“Management of the Program, changed in mid-1993 when, Ron Black, CSI Incubator Manager was appointed as Director of the Refugee Program. Beginning in 1993 and continuing through 2008, the program went through an expansion and restructuring that mirrors the reorganization of the national resettlement affiliate (USCRI) in many respects. Federal grant programs through the national affiliate were added, as well as federal grant programs administered through the state refugee service replacement agency, the Idaho Office for Refugees.”

The principal officer is Lavinia Limon.  Be sure to read her story because she’s a piece of work in her own right.

So the College of Southern Idaho Refugee Program is flying under the banner of USCRI, getting $807K from USCRI and $497K from the Jannus Group (formerly Mountain States Group) with absolutely no accountability for where the money goes.   What a deal.   But don’t tell anybody because it’s a “trade secret”.