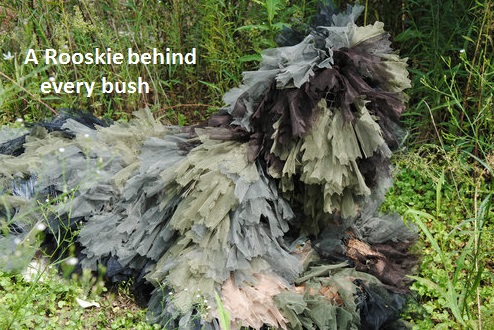 On Monday, September 11, 2017, The Daily Beast published an article titled, Exclusive: Russia Used Facebook Events to Organize Anti-Immigrant Rallies on U.S. Soil that claims Russian operatives hiding behind false identities remotely organized and promoted political protests one of which was allegedly in TWIN FALLS, IDAHO !!!   Don’t these asshats know that Twin Falls is a small rural town?   A VERY small rural town – maybe 50,000 if you include most of the county.  It wouldn’t be possible for the Rooskies to organize anything like that without local activists knowing about it.

The Daily Beast was supposedly told by Facebook that their platform was used to promote events and one of the events was set up in Twin Falls by Rooskie Agents in August of 2016. They have an image for the event that was supposedly recovered from Google’s cache (as if Facebook doesn’t have backups of the data).

“The three-hour protest was titled “Citizens before refugees,” and would be held at the City Council Chambers beginning at 11 a.m. The notice provided the street address and ended with a fiery exhortation.”

… The event was “hosted” by “SecuredBorders,” a putative U.S. anti-immigration community that was outed in March as a Russian front. The Facebook page had 133,000 followers when Facebook closed it last month.

They say that 48 people clicked that they were interested and four people supposedly went to the event. To this writer’s knowledge, there was no such event – and no such group.  If there was an event posted, it had nothing to do with anybody here in Twin Falls – at least that I know.

The local newspaper in Twin Falls published a story today about the Daily Beast story COINCIDENTALLY on the same day that a retired Idaho Supreme Court Judge, Jim Jones is scheduled to speak at the local community college on the subject of why he loves refugees.   I’ll refrain from the cheap shot Kool-Aid joke and just point out that if the Rooskies did organize and carry out such an event, the local newspaper completely missed it because there is no link to local coverage of this alleged Russian sponsored event.

The stretch for the Russian connection seems to be coming from the fact that Lee Stranahan, formerly of Breitbart was an on-scene reporter in Twin Falls covering the story of the molestation of the 5 year-old girl by three refugee boys.  After Steve Bannon left Breitbart to go to work for the Trump Administration, Stranahan left Breitbart.  In April of 2017, he took a job as a reporter for Sputnik news because there is no market for the truth in the American mainsteam media and there is no money in the alternative media save for a few of the biggest outfits like Infowars.

No doubt that Lee is on the Deep State hit list because he continued to research the bogus Russian hacking of the election story.  Lee hit a home run when he made a connection between John McCain, the Ukrainian neo Nazi’s torch march and the Charlottesville torch march.

[Note: the video I had posted here of Lee Stranahan exposing John McCain’s connection to the Ukraine and the neo Nazi’s torch march with the Charlottesville torch march is no longer available at the link I had.  CLICK HERE for a youtube list of Lee talking about Ukraine and the connections to U.S. politics.   Update 10/4/2020]

The story in the Daily Beast and the echo by the Twin Falls paper is a joke.  What possible interest could the Russians have in helping American citizens lobby our own government for secure borders in this country?  It’s ridiculous on the face of it.  An enemy of America would be pushing for open borders, open immigration and the end of our nation-state.  Promoting the opposite as if its truth is twisted and absurd.

What is truly frightening however is the lengths that the Deep State seems willing to go to – to keep the Russian connection story alive and the coordination of stories and events and the twisted propaganda that only a Deep State  STASI could manage.

Message to the Deep State:  Go back and study the chapter on gas lighting because your story this time was just too stupid.  You struck out.