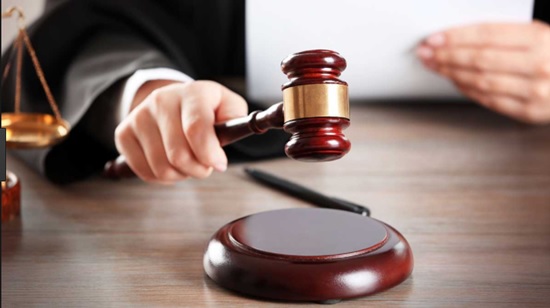 One of the guests on Infowars today was Elizabeth Beck, the attorney who – along with her husband filed a class-action lawsuit against the Democratic National Committee (DNC) concerning the theft of the nomination from Bernie Sanders.   The Judge hearing the lawsuit dismissed the case on the grounds:

“To the extent Plaintiffs have asserted specific causes of action grounded in specific factual allegations, it is this Court’s emphatic duty to measure Plaintiffs’ pleadings against existing legal standards. Having done so . . . the Court finds that the named Plaintiffs have not presented a case that is cognizable in federal court.”

I don’t know what was wrong in the filing that caused the judge to say he couldn’t find a legal basis for the lawsuit without reading it but everybody knows that Bernie Sanders was by far and away the more popular candidate on the Democrat side and by all standards of honest elections, he should have been the candidate on the Democratic ticket.  The voters who chose Bernie were denied their choice of candidate by fraud at the highest levels in the DNC (Debbie Wasserman-Schultz).

From Ms. Beck’s appearance on Alex Jones program today, it is clear that she is very intensely working on a puzzle in Florida.  She is so intense on her fact pattern that she wasn’t able to put her facts into a context that would make sense to an audience.   That’s a hazard with people who are honestly trying to make sense out of our world today.  So what I’m going to do is show you the Infowars segment where she laid out her facts and then I’ll put it into a larger context that I’m sure she doesn’t know but that might help her in her quest.

[Side note:  the cover image on the video was not on the video that I uploaded.  The first image was of Alex Jones. Some kind of youtube magic put that image of the Carwash scandal as the display image for the video.  Here is a link to the story and coincidentally again – I’ve written about the system described and I was going to write about it again in the current story I’m working on. ]

Coincidentally, as I was listening to Elizabeth Beck, I was working on another piece on the history of the NAFTA Superhighway which as it turns out is not about the highway, it’s about a global war and it involves judges.

The global war is a continuation of the Cold War and I was writing about global competition – the great game that world leaders set up amongst themselves in which we are all pawns.  The key to understanding it is to know that Ronald Reagan accepted a challenge issued by Soviet Premier Leonid Brezhnev for a battle of systems and ideas.  At the Helsinki Summit in 1981, Brezhnev alluded to the challenge when he said the following:

Before this exceptionally authoritative audience we would like to stress most emphatically one of the inherent features of the foreign policy of the Soviet Union: the Leninist policy of peace and friendship among nations; its humanism. The decisions of the 24th Congress of our Party are imbued with the ideas of humanism, as is the Peace Programme, which called in one of its items for the convocation of an all-European conference… The understandings we have reached here on many items expand the possibilities for peoples to increase their influence upon what is called “grand policy at a high level“. At the same time they touch upon worldly problems. They will contribute to improving the lives of people, providing them with jobs and expanding opportunities for education. They are relevant to health care… It has been a victory of reason.

In a speech to the British Parliament in 1982, Ronald Reagan revealed the nature of the challenge:

As for the Soviet view, Chairman Brezhnev repeatedly has stressed that the competition of ideas and systems must continue and that this is entirely consistent with relaxation of tensions and peace. We ask only that these systems begin by living up to their own constitutions, abiding by their own laws, and complying with the international obligations they have undertaken. We ask only for a process, a direction, a basic code of decency — not for an instant transformation…

This November in Washington there will take place an international meeting on free elections and next spring there will be a conference of world authorities on constitutionalism and self government hosted by the Chief Justice of the United States. Authorities from a number of developing and developed countries — judges, philosophers, and politicians with practical experience — have agreed to explore how to turn principle into practice and further the rule of law.

At the same time, we invite the Soviet Union to consider with us how the competition of ideas and values — which it is committed to support — can be conducted on a peaceful and reciprocal basis. For example, I am prepared to offer President Brezhnev an opportunity to speak to the American people on our television, if he will allow me the same opportunity with the Soviet people. We also suggest that panels of our newsmen periodically appear on each other’s television to discuss major events.

On June 11, 1982, Reagan traveled to Berlin to give a speech in which he said the following:

“We in the West have made our choice. America and our allies welcome peaceful competition in ideas, in economics, and in all facets of human activity. We seek no advantage. We covet no territory. And we wish to force no ideology or way of life on others.”

Reagan then came back to the U.S. and he established the National Endowment for Democracy (NED).  NED is the puppet master for the global competition.   The Congress provides funding for four institutes representing business, labor, the Republican party and the Democratic party through NED.

On October 19, 1982, Ronald Reagan announced that the White House would sponsor a conference on Free Elections.

…The 3-day international meeting is being cosponsored by the American Enterprise Institute for Public Policy Research and the U.S. Department of State, in cooperation with the United States Information Agency and the U.S. Agency for International Development.

…The conference is designed to provide a forum for the exchange of ideas on the strengthening of the electoral processes and basic democratic institutions in many countries of the world. The discussions are expected to explore practical options for encouraging free elections and constitutional governments.

The conference is a direct result of the initiative launched by President Reagan on June 8 in London to promote the growth of democracy and peace. At that time, he declared “we must take actions to assist the campaign for democracy” and announced the November meeting.

On November 4, 1982, the White House issued a press release about the conference:

…we are here today to celebrate a common vision, a vision of a world where right to self-government is openly acknowledged-where the state is seen as not the master, but the servant of man. In particular, this Conference is concerned with free elections, the very foundation of democracy. There’s no more striking symbol of democracy than the picture of a citizen casting ballot, electing a leader, choosing his or here own destiny.

Earlier this week, elections were held here in the United States. I spent the last 2 weeks on the road working for votes and trying to understand my country’s problems better. And so did thousands of candidates for local, State, and Federal offices with a wide variety of views. On Tuesday of this week, the people gave their verdict in free elections. And the process is the same in your countries.

The free flow and the open competition of ideas is the heart of our free societies. What a striking contrast this is with those nations of the world where the people have no role but must sit weakly by and wait for a small group of men to conclude their struggle for power behind closed doors and then rule without being accountable to anyone.

Now, do you remember the 2000 election debacle in Florida?  Punch cards were used for elections for at least 30 years but in that year, there were issues with butterfly ballots, hanging chads, deadlines and a host of other issues ending up with a lawsuit that was decided by the Supreme Court.  Contrary to the spin of the mainstream media, the issue was whether or not the Florida Secretary of State had the authority to call an end to the election (vote counting) based on written Florida law.  The Supreme Court decided that she did have the authority to follow Florida law.   I can’t quite remember but I think Antonin Scalia wrote the opinion for the majority.    That may not have been the beginning of the color revolution in the United States but it certainly brought it to national attention.

Skipping ahead to 2003, in a commencement speech to a graduating class in South Carolina, George W. Bush talked about his Middle East Free Trade Area (MEFTA) initiative and he mentioned a regional forum on the judicial system.

So America will sponsor, with the government of Bahrain, a regional forum to discuss judicial reforms. And I’m pleased that Supreme Court Justice Sandra Day O’Connor has agreed to lead this effort.

It was sometime after that – that Antonin Scalia started making public appearances speaking out, debating with other judges like Stephen Breyer.  Scalia was an intellectual giant.  The liberals couldn’t beat his intellect so they murdered him in a way they thought would tarnish him.  It didn’t.  All it did was to expose their own depravity.

In a global competition of ideas and systems, ultimately it is the judges who will decide who wins.  This global competition has turned our courts into battlefields where the law is secondary to the political war of ideas.  With an understanding of the courts in that context, Judge Gloria Navarro makes perfect sense.  She’s not sitting there as a judge in the sense of law.  She’s sitting as a warrior of the political left in the war of ideas and systems.  In her world, the government stealing property from a rancher is perfectly acceptable.  Offering any resistance to regulatory racketeering through which the theft was being engineered is not acceptable.  It doesn’t matter what the law says if it doesn’t conform to the ideology of the left – which is generally understood by the public to be communism.

I don’t know if any of this is going to help Elizabeth Beck – if it even reaches her but regardless, it should make clear the value of knowing the history that brought us to this point.  We’ve all been conscripted as warriors in this battle of systems and ideas.  We won’t win if we stumble around blindly lost in the moment of any random day skirmish.