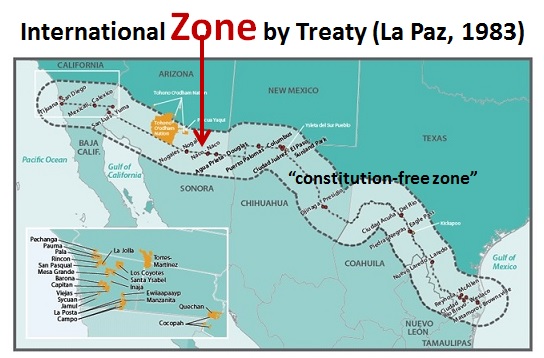 Throughout history, there have been men who have gone to war to take and control territory militarily.  In the 20th century after two world wars, they changed the strategy to be one of administrative conquer using contract and treaty law.

In 1983, President Ronald Reagan signed a treaty with Mexico creating an international zone between the United States and Mexico.  The La Paz Treaty was a cooperative agreement for environmental cleanup of the border region.  The treaty defined a geographically bounded region 100 kilometers on either side of the inland border and maritime boundaries.

The idea for this treaty had to do with the environment only to the extent of being the operative tool for beginning the integration of the United States and Mexico and ultimately Canada to form what is euphemistically called a common market or the North American Community – but the down and dirty truth is the idea was to build a Union of the North American countries just as the European Union was built for European countries.   The concept for the La Paz treaty didn’t come out of the blue.  It was the U.S. response to Willy Brandt’s Independent Commission on International Development Issues.   Brandt’s Commission produced the North-South: A programme of Survival.  The term North refers to the “rich developed countries”  and South refers to the un- and under- developed countries.  The United States is North to Mexico’s South status.

The La Paz treaty was a framework agreement that marked the countdown to the end of the United States as a sovereign, independent nation-state.  The globalist, totalitarian vision is of a planetary administrative management system covering a continental region – eliminating the culturally based nation-state subdivisions.

The following documents were obtained from the public papers of the University of Texas.  They were recovered from the internet archive for ready access here. 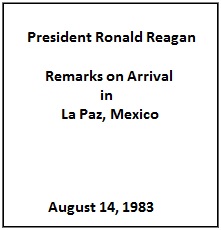 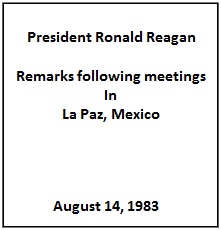 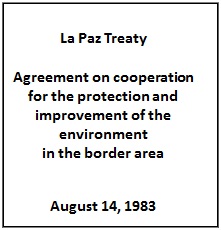 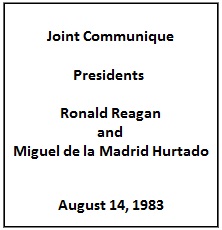 The treaty is documented in the U.S. State Department Treaties in Force as of January 1, 2009 on page 187 (Adobe).  An extract of that report can be viewed HERE.    The FULL REPORT can also be viewed.

What the La Paz Treaty did was to establish an international zone at the border under international management by the U.S. and Mexican equivalent Environmental Protection Agencies.  On the U.S. side, while the Administrator of the EPA is responsible for day-to-day management of the zone, the Secretary of State is ultimately responsible because the Secretary of State is responsible for ensuring that the U.S. is in compliance with treaty obligations.

What this treaty did was to begin the process of bifurcation of our domestic agencies of government into international and national divisions within the same agency.   Others may call it something different, but I would call it setting up for a coup from the inside.