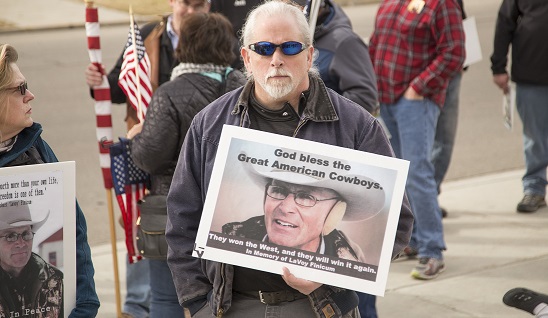 Yesterday on the steps of the Idaho state capitol in Boise, a memorial rally was held to honor the memory of Robert “LaVoy” Finicum.

LaVoy was murdered in an ambush while on his way to a town hall meeting in John Day, Oregon on January 26, 2016.  The video below is a picture story of the rally.

Pictures provided as a courtesy by Keith Couch.  Thank you Keith.

We also have a video of the event provided to TVOI courtesy of Claire Cox.  Thank you Claire.

On January 3, 2016, OregonLive interviewed LaVoy Finicum to find out why he, Ammon Bundy and the others were at the Malheur National Wildlife Refuge.   His message is even more important now as we try to understand LaVoy’s senseless and unnecessary death.

TVOI would like to thank Andrew Chavez for organizing this event.