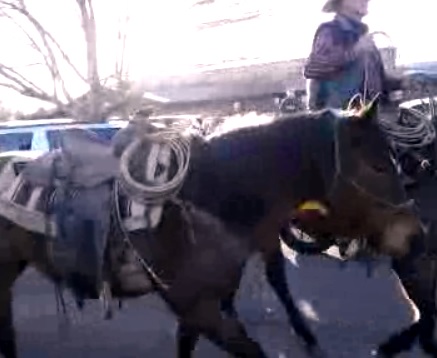 The funeral for Robert “LaVoy” Finicum was held today in Kanab, Utah.  Around 3000 attended even though mainstream media is telling you it was only a couple of hundred.

LaVoy Finicum was murdered in an ambush while on his way to a town hall meeting in John Day, Oregon on January 26, 2016.

The funeral procession included a group of approximately 60 riders on horseback.  Leading the procession was a cowboy horseback leading a riderless horse – LaVoy’s horse.