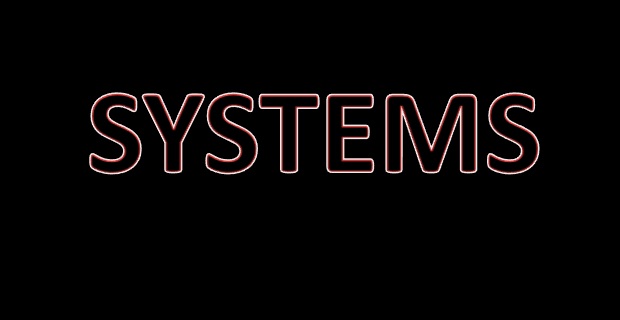 Systems Approach to a Coup

Last night, a friend sent an email to me that said the following:

Ammon walked in to Harney County to protect the Hammons and ranchers.  He picked up a stick and started poking around in what he thought was a hornet’s nest of corruption in Harney County similar to what he found at his Dad’s.  He underestimated the size of the nest as he poked in to deeper and deeper layers of corruption and deceit…

Boy howdy (throwing a bone to our urban friends) did he get that right.   I’ve been looking into the background of the Clinton Administration Secretary of the Interior Bruce Babbitt. I found an oral history interview that was posted on the University of Colorado website. In that history, Bruce Babbitt said the following (p.8-9):

“It’s not about the organizational boxes, it’s about a subversive kind of approach…You can beat your head bloody trying to reorganize government but it’s really a lot more fun just to get out and capture it.”

Because of that, I’m going to throw a bunch of stuff out here because a thousand sets of eyes looking into this is better than one pair of eyeswideOOpen.

“Just Get Out and Capture It”

The above two quotes were in response to a question regarding how Bruce Babbitt came to be in charge of the U.S. Forest Service (FIRE – right Bruce?) that was technically under the U.S. Department of Agriculture but his response applies more broadly towards the activities of Socialist International operatives embedded within our government during the Clinton-Gore Reinvention of Government. I remembered that Carol Browner, the Secretary of the EPA during the Clinton Administration was a known member of the Socialist International. I found an article in the Washington Times:

Until last week, Carol M. Browner, President-elect Barack Obama’s pick as global warming czar, was listed as one of 14 leaders of a socialist group’s Commission for a Sustainable World Society, which calls for “global governance” and says rich countries must shrink their economies to address climate change.

By Thursday, Mrs. Browner’s name and biography had been removed from Socialist International’s Web page, though a photo of her speaking June 30 to the group’s congress in Greece was still available.

… Mrs. Browner ran the Environmental Protection Agency under President Clinton. Until she was tapped for the Obama administration, she was on the board of directors for the National Audubon Society, the League of Conservation Voters, the Center for American Progress and former Vice President Al Gore’s Alliance for Climate Protection.

Commission for a Sustainable World Society was established by the Socialist International.

Bruce Babbitt was a lawyer and his wife was an international lawyer – Ambassador to the Organization of American States (OAS). He originally wanted the position of U.S. Trade Representative but Clinton appointed him to be the Secretary of the Interior instead. Babbitt had been Governor of Arizona and before that, he’d been a lawyer for the Navajo Nation.

Bruce Babbitt at the time of his nomination to be the Interior Secretary was the national president of the League of Conservation Voters.

Somehow in my search, Trevor Loudon’s article on Arizona Representative Raul Grijalva and his connections to the Communist Party USA came up. In the article where I posted links to congressional hearings on Threats, Intimidation and Bullying by the BLM employees, Rep. Raul Grijalva was the ranking member on the committee for Natural Resources that held the hearing.

Reinvention of Government: Systems Approach to a Coup

The subversive kind of approach that Bruce Babbitt talked about when describing how he came to be in charge of an agency of government under a different department was a Systems Approach.   There were 32 agencies of government that were selected to be “reinvention laboratories” during the initial phase of the reinvention of government process and the BLM was one of them. When I was in the business, we used to call meetings like that Requirements Analysis. During that phase of a project, you met with the Users of the system to find out what they do, what they need and what they really want in the way of a new system. A rose is a rose. Call it what you want but the function is the same.

The meetings with stakeholders were facilitated. The designers – “reinventors” of government already knew what they were going to do.

This is a graphic of the BLM logo from the 1950’s – until when I’m not sure but like all good logos, it is a picture story of the purpose of the BLM. 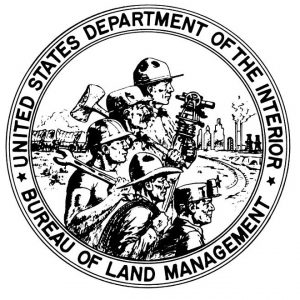 On the BLM website, there is a feature story about Bruce Babbitt and his National Landscape Conservation System (NLCS).  (Notice the picture of Bruce at Steen’s Mountain, Oregon)

“I began thinking seriously about the conservation future of the Bureau of Land Management in 1993. Congress was debating the California Desert Protection Act, a major land protection bill that would transfer 1 million acres from the BLM to the National Park Service.

Preparing to testify in favor of the legislation, I decided to visit the area’s desert valleys, sand dunes, lava flows, extinct volcanoes, and imposing mountains, camping under starlit skies and awakening to landscapes coming alive with spring flowers.  Our guide, Ed Hastey, who was then BLM’s California state director, was not at all reticent about voicing his opinions.  “The Mojave Desert is BLM country, and it ought to stay that way.  We know the land,” he said.  “With a clear conservation mandate, BLM can manage this desert as well or better than anyone else.”

Initially, it didn’t matter to me—and visitors would hardly care—which agency was in charge, but Hastey persisted on a larger issue:  How can you expect the BLM, with the largest land base of all, to get serious about conservation if you continually transfer its “crown jewels” to other agencies?  He had a point.

… Three years later, we began work on a Presidential proclamation to establish the Grand Staircase-Escalante National Monument in southern Utah under BLM jurisdiction.  President Clinton accepted my recommendation, and the first BLM monument—nearly 2 million acres of spectacular landscapes—came into existence.

With that, Bruce Babbitt changed the mission of the BLM to be a second Park Service and he no doubt moved in new management to implement the conservation function – pushing the old BLM managers down and/or out.

In the Reinvention Laboratories, one of the Systems identified included the Forest Service, the National Park Service, the BLM as well as others. It was called the Recreation Information System. It was a national system of recreation locations that provided “one-stop shop” for recreation information.

Reduce red tape and confusion as the BLM, Forest Service and NPS adopt the same procedures and fee structures for permits, reservations, etc.

The BLM hadn’t been in the tourist business before so the National Park Service would have been in the lead.   That’s how you use a systems approach to infiltrate, subvert and subjugate.

New Logo for the BLM 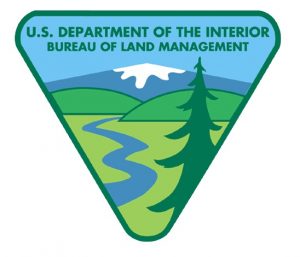 I’m going to stop here and leave you with this thought. Vince Foster was murdered on July 20, 1993 – connected with TravelGate.   Travel Visitors Centers – hubs for the National Recreation Information System.   Surveillance and data collection points for travelers.