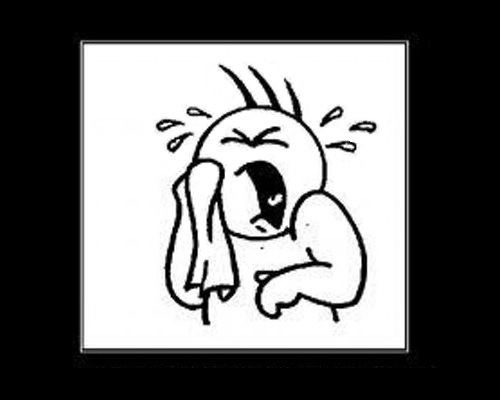 Government scheming continues through the tears

Amidst the celebrations of the acquittal of the Malheur Seven and the crying and recriminations on the other side, there is a subtext to the story that seems for the most part to have gone unnoticed.  The story is class warfare.  The working class in the form of the Malheur Seven had a victory and the elite, intellectual class are suffering the agony of defeat.  They are in shock and can’t believe they actually lost one.

The arrogance and trivialization that permeates the Oregonian Editorial tells the story.  The snobbery in it is nauseating.  The revulsion for the Malheur Seven that literally oozes from every word is revulsion for the working class itself which was represented by the Malheur occupiers and supporters because at the core, for the occupiers it was about the land and working the land.

In another article, a Lewis and Clark law professor, Tung Yin “sees a connection between Bundy and Trump”.

Trump rose to political prominence largely on his appeal to disaffected conservative white men, and Lewis and Clark law professor Tung Yin sees a connection between Bundy and Trump.

Both have built powerful constituencies appealing to those who feel left behind, discounted or ignored by much of mainstream America, he said.

“I thought this was a slam dunk for the government and I was completely wrong,” Yin said of the Bundy case. “Pundits got everything wrong about Trump in the same way. The professional class just didn’t see either one coming.”

I’m having a hard time reconciling a Chinese professor of American law (supposedly) relating Bundy and Trump in the same sentence with the idea of it being a movement of white men.  NOT!  The Yang of it Professor Yin is that most of the work of the patriot community is done by women – patriot women.  And behind every man – white, black, brown, lavendar or whatever that supports Donald Trump and Ammon Bundy, there is probably a woman or woman wanna-be.  Professor Yin’s statement is an insult to ALL women who may not be taking the starring role but you can damn well bet that they are leading the cause and pushing it forward because it’s the future for their children that is at stake. The maternal instinct knows no color Mr. Yin.

And then there’s Grasty McNasty.  The interview with this despicable little rodent is the reason for this article.  You can see in his eyes that he’s been crying himself to sleep every night since the verdict.  And now this rodent is making false statements about Idaho III%.


I don’t even have to ask the Idaho III% about McNasty’s statement because I’m sure they did not ask for McNasty’s permission to participate because there was no “permission” required for participation.  The “let us participate or we’ll bring 15,000 men” is ridiculous nay… let’s be real… it’s stupid.

It was this fake Judge, Steven Grasty’s arrogance, greed and stupidity that caused the whole problem from the start – and probably includes the problems for the Hammond Family as well.  What Ammon Bundy and the Committee of Safety were trying to do with the Redress of Grievance was to try to get the governing officials – meaning Steven A. Grasty to TALK TO THEM!   Grasty IGNORED them as if they were inconsequential.  Mere annoyances to be ignored.

It’s obvious that Grasty’s statement is intended to set the stage for the next round of the government’s conspiracy to make somebody pay the price for daring to speak out against the corruption and abuse of government power and authority.  They need a proverbial sacrificial lamb to use as a “teaching tool” for what happens to ordinary working people who – having had their fill of the bullshit finally stand up and say ENOUGH!  WE’VE HAD ENOUGH AND WE’RE NOT GOING TO TAKE IT ANYMORE!

At the trial of the Malheur Seven, it came out that there were more government confidential informants at the Refuge than there were patriots.  Judge Anna Brown denied the motions of defense council to order the prosecution to produce the informants so that they could be questioned regarding their part in the occupation but there was enough evidence presented to make a case that the entire occupation was an entrapment operation instigated by the government itself.

And when one digs deeper into Michael Emry’s case, there is evidence of entrapment there as well.  Michael Emry was the embedded reporter with the Idaho III% who came to Burns Oregon for the rally and stayed to cover the occupation.   He was arrested on May 6th and he is still in jail being held despite the fact that he was engaged in a journalistic effort in Oregon and he has no criminal history.

Because of Grasty’s interview, I went back and double checked the timeline of Michael’s arrest and the events leading up to Michael’s arrest which I’ve already concluded was a set up – entrapment.  There has always been a question as to why the government went after Michael’s computer when what he was charged with was a gun charge.  I think the question is answered now that we know how many government informants were involved in setting up the scenario and participating in the occupation.

In Michael’s case, the article written by Cheri Roberts – a member of the Stasi network of alternative media shills is the evidence of entrapment in Michael’s case.  She had the information connecting Michael to the Brian Woods (the murderer of Jack Yantis) and the “leak” of law enforcement sensitive bulletin too soon for it not to have been inside information by somebody involved in the entrapment conspiracy.  There was no connection between Michael’s arrest and the Yantis case until Cheri provided it.

And while we are on the subject of entrapment, I have one more piece of information about Mark S. “Doc” O’Dell that I didn’t include in previous articles.  Mark O’Dell is a career criminal government informant who was also involved in the government entrapment schemes in Burns Oregon.

What I have is a facebook post put on Blaine Cooper’s blog by Mark O’Dell.  I’m assuming that “the meeting at the restaurant” was the meeting where they set up Sheriff Palmer by inviting him to a meeting of constituents that included Occupiers after which Les Zaitz and the Oregonian tried to use to connect Palmer to the occupation.  Another set up.

The entire facebook blog can be viewed by clicking on the image below.

Watch for it…  looks like Idaho III% is next.