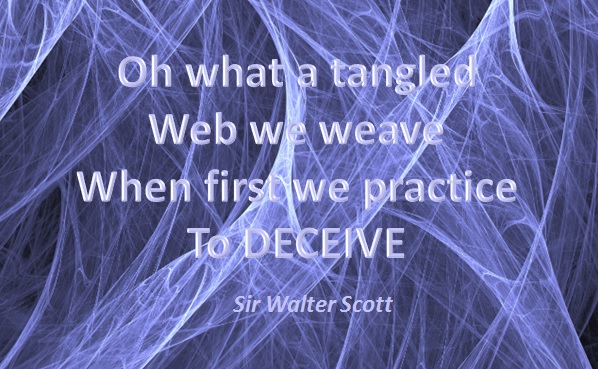 Just when you think things can’t get any more insane than they already are, something happens that demonstrates we are nowhere near the bottom of the pool of insanity.

This morning I received an email from a friend telling me about an article in the Idaho Statesman that mentioned Michael Emry in connection with the Jack Yantis case.  Jack Yantis was the rancher who was murdered by a Sheriff’s Deputy (former FBI sniper) on November 1, 2015.   I know that the prosecutor on Michael’s case in Eugene is working overtime to try and demonize Michael but I thought what the hell? on this one.

The title of the article is Co-worker voiced fear of deputy after rancher Yantis was shot written by reporter Katherine Jones.  The following is the excerpt from the article (emphasis added):

After last spring’s media reports about the officer safety bulletin, Wood’s attorney, Kevin Dinius, of Nampa, filed the tort claim with Adams County on May 6. It read in part:

Dinius declined to comment on the claim’s assertions or Wood’s plans to sue.

“My natural response to slander is to be angry at the person who made up the lies, and to defend myself by getting the truth out. … The man who fabricated the information in the law enforcement bulletin lost his job a couple weeks later, and the man who published the bulletin to the Internet was arrested by the FBI the very same day.”

The second man Wood mentioned might have been Michael Emry in Oregon, whom the FBI arrested on May 5 on weapons charges related to a group’s occupation last fall of the Malheur National Wildlife Refuge.

Emry, founder of the websites The Voice of Idaho and The Voice of Grant County (Ore.), was embedded with the occupiers. The day he was arrested, The Voice of Idaho posted details about the officer safety bulletin issued on Wood. Nothing in Emry’s charging documents connects his arrest to the Wood post.

I remembered that story because the bulletin was faxed to me and I wrote the article – not Michael.  Michael didn’t even know about it.  When I wrote the article however, I did not publish the bulletin.   Why?  Because it was “Law Enforcement Sensitive” and it had personal information about Deputy Wood’s family.  Besides it was old and not newsworthy as far as I was concerned except for the fact that I was told there was on-going concern about the stability of Deputy Wood.  I did not know that it was a “leaked document” otherwise I wouldn’t have written anything at all about it.

Notice that the date I published my story was on May 5th, 2016.  Michael was arrested on May 6th, but the search warrant for Michael’s fifth wheel was signed on May 5th and it was signed by a retired Magistrate Judge, Thomas Coffin, not by the sitting Magistrate Judge Jolie Russo who replaced Judge Coffin upon his retirement.

My head was swimming at this point.  I’m thinking what’s going on here?  Was the intent to set up Michael with a law enforcement bulletin that would have been a punishable offense if it had been published?   Is that why the search warrant included Michael’s computer and all of his papers?   Naturally, I reconstructed the timeline.

I was contacted around May 3rd by a woman who said she had something she wanted me to write an article about.  I thought she was from the Adams County area but I don’t think she was.  I don’t remember her name but I did ask Becky about her – and Becky knew who she was.  The woman said it was very important to get the information out – but she wanted the publication of the story coordinated in such a way that my story was released at the same time as another reporter published his story about it.  I agreed to do it because it was a way to bring the Yantis case back into the public’s mind because it was an important story and TVOI hadn’t written anything about the Yantis case because at the time it occurred, I was busy researching the Hammond case (Oregon).

She wanted to deliver it me because she thought I lived in Boise.  When I told her I was in Twin, she then wanted to fax it to me.  It took her hours to find a fax machine but she eventually did.  On May 4th, she faxed a copy of the Ada County Sheriff’s Office bulletin to the number I had given her.  The number was to a copy store here in Twin Falls.

I wrote the story and published it the morning of May 5th.

On May 6th, Michael was arrested first thing in the morning but Cheri Roberts of the Challenging the Rhetoric blog had already made the connection between the leaked document in the Yantis case and Michael Emry’s arrest.  The following is what Cheri wrote:

“It is unknown to what extent, if any, of Emry’s audio/video equipment was confiscated. It is also unknown, at this time, whether the arrest is in relation to the January’s armed takeover of the Malheur National Wildlife Refuge, or Emry’s ties to the events in Ada or Adams county relating to the #Justice4Jack campaign, or something else altogether. Or regarding Brian Wood leaked info/doxing.

You screwed the pooch Cheri.  The time on the KTVB post is 6:33 pm and there was nothing to connect Michael with the leaked document.   The article that I wrote about the “leaked document” did not include publication of the document – but y’all didn’t read the article.  You just assumed that it would be published on TVOI News website.

Interestingly, Cheri quoted an article written for the Rockland Times by Raquel Okyay.

Emry is in part responsible for creating the Harney County Committee of Safety, telling The Rockland Times, that he …

…became involved with the Hammond family to guide and assist them and the citizens of Harney County in putting together a County Committee of Safety to include III% militia groups (111% refers to the 3 percent of colonists who fought in the American Revolution), who in turn would provide enforcement capabilities to a people’s grand jury. “I also came as an imbedded reporter for the III% militia.

That is a major misquote of what Michael said.  How do I know?   Because Michael was not involved with the Hammond family at all – period, zero, zilch.  No contact whatsoever.  He also had nothing to do with the establishment of the Harney County Committee of Safety either.  The only reason Michael was in Burns at all was because Ammon Bundy asked Michael to cover the rally.  Michael said no initially because he didn’t trust his car to make the trip.  Michael agreed to cover the rally only after Ammon offered to let him use one of his vehicles for the trip.  Ammon is or was a fleet dealer so the loan of an SUV for the trip to Burns was not a big deal to him.

Michael went to Burns, Oregon as the embedded reporter for the Idaho III% to cover the rally exactly as he had covered other rallies sponsored by the III% (videos below).  The Idaho III% was in Burns for the rally.  The intent was to show support for Hammond family, Ammon Bundy and the patriots of Oregon who were tired of BLM harassment of the ranchers.

What the Idaho Statesman story and stories in the timeline prove is that there was an intent to set Michael up.  He was not polished like a lot of the other Alternate Media people, but reporting the truth doesn’t require a degree from journalism school.  It simply requires somebody with the heart and the guts to stand up, show up and to provide an opportunity for people to tell the other side of the story – the side that the mainstream media never tells.

May 4th, I received the fax of the bulletin (i.e. the “leaked documents”)

May 5th, I published the article   https://thetechnocratictyranny.com/idaho-news/the-jack-yantis-case-revisited/

May 6th, Michael is arrested in the morning

May 6th  Cheri Roberts story on her website, Challenging the Rhetoric.  Cheri Roberts links to the KTVB story about the “leaked documents” and speculates that the second man was Michael Emry. (Note:  I had to put the link in brackets to keep wordpress from making it an embedded link).

The best laid schemes of Mice and Men
oft go awry,
And leave us nothing but grief and pain,
For promised joy!