Home Michael The Irony of Ironies 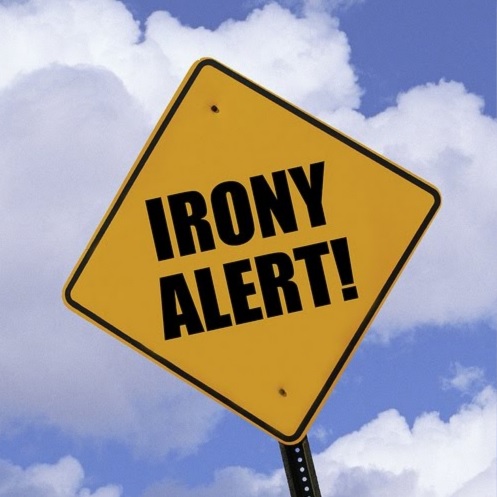 The Irony of Ironies

[Correction:  Apparently the III% of Idaho stayed in Burns for a couple of days after the rally before returning to Boise but it doesn’t really matter – it doesn’t change anything else I said. 9/6/2016] 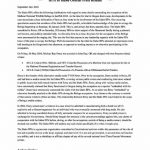 As the trial for the participants of the Malheur National Wildlife Refuge Occupation draws near, the Idaho III% seeks to publicly clarify some persistent misinformation as it relates to how the Refuge Occupation unfolded on Saturday, 02 January 2016.

Anthony Dephue, the Public Information Officer refutes the “recurring speculation” that members of the Idaho III% had specific, articulable foreknowledge of the plan to occupy the Refuge beginning on Saturday, 02 January 2016.  That is and has always been patently false.”

No argument there.  My information was that the III% of Idaho pulled out of Burns and went back to Boise that evening.   Michael Emry who drove in a convoy to Burns with the III% of Idaho to cover the rally, stayed in Burns to cover the events as they unfolded after Ammon’s surprise announcement.  He did that because that’s what media does.

The timeline is your defense Mr. Dephue.   If III% of Idaho had advance knowledge of the occupation and if they were “in on the plan“, it is highly unlikely that they would have pulled out of Burns the evening of the rally.  Since they weren’t, it is more likely that had they known about Ammon’s plan, they wouldn’t have even attended the rally to start with.

In TVOI’s first article about the occupation, that was published on January 5, 2015 I wrote:

On the day of the rally, the plan had been to meet after the rally at the Harney County Fair Grounds to discuss how to proceed with the Committee of Safety and the failure of the Harney County officials to respond to the Redress of Grievance.  On the table for discussion was the possibility of creating a Citizens Grand Jury and possibly an enforcement arm for the Committee.   But when Ammon made his announcement that they were already occupying the Malheur Headquarters, confusion reigned.  He was asking supporters to move from a peaceful and legal demonstration to an unlawful occupation of a federal building with plans to hold that building until the Feds agreed to return the Refuge land to the control of Harney County and for the Feds to GET OUT of Harney County and leave the people to live in peace as they had in the past.

Then Mr. Dephue begins with the real purpose of his press release which is to distance the Idaho III% from Michael Emry – specifically:

“On Friday, 06 May 2016, Michael Ray Emry was arrested in John Day, OR and charged with two firearms related CRIMES (they are violations actually Mr. Dephue.  A crime requires a victim but there are no victims in what Michael did).

On Friday, 06 May 2016, Michael Ray Emry was arrested in John Day, OR and charged with two firearms related crimes:

Emry is the founder of the alternative media outlet TVOI News. Prior to the occupation, Emry resided in Boise ID and had been a media contact for the Idaho III%, covering various public events and conducting interviews related to public issues that held mutual interest with Emry and the Idaho III%. Emry, along with various media outlets have consistently claimed that Emry functioned in Oregon during the occupation as a reporter “embedded with the militia”.  Some have erroneously connected this claim with the Idaho III% during the Refuge occupation.  Any claims to the contrary or outside of that narrow window of fact are false.  The relationship between Emry and the Idaho III% was limited to the scope of media contact.

The statement in red is patently false.  Neither Michael Emry personally nor has any article appearing on TVOI News ever at any time called the III% of Idaho a militia.  In fact, when the Southern Poverty Law Center and their sister operation, Raw Story wrote hit pieces on the III% of Idaho and the Drudge Report carried their stories, TVOI News jumped to correct the record.

In 2004, Emry turned state’s evidence in a case where he admitted to manufacturing both a bomb out of C4 explosive and a silencer/suppressor for an individual who was eventually connected with drug trade. He also admitted to having assembled dozens of fully automatic weapons for an acquaintance.  Emry avoided prison in exchange for his testimony.

From the sentence that follows, it would appear that Anthony Dephue and the III% of Idaho are suffering from extreme paranoia or they are being suckered by a classic divide and conquer strategy.  Rather than standing tall for the truth, Dephue not only throws Michael under the bus by repeating mainstream media lies, he stoops to the duck and cover position unnecessarily.

Should Emry bargain for leniency in the current proceedings against him, any claims of cooperation with the Idaho III% before, during, or after the occupation; outside of being a media contact, should be deemed not credible. The Idaho III% will address any such claim specifically if or when it might arise.

It’s sad.  It makes the idea of standing shoulder-to-shoulder against the tyranny that coming down on us – a lie.

The entire archive of articles written by Vicky Davis, originally published on TVOI News can be found here:

Tyranny and Rebellion in the West  –   Hammonds and Occupation