Home Malheur The Inside Story of Occupy Malheur 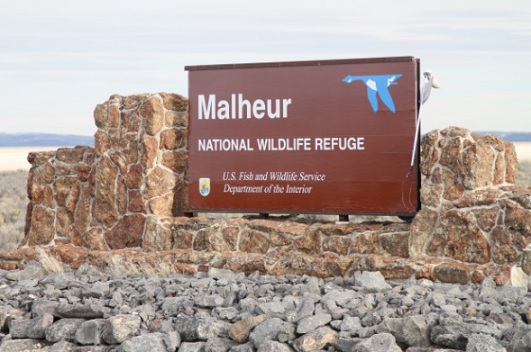 The Inside Story of Occupy Malheur 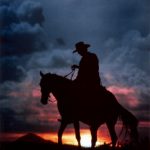 Last night, the mainstream media was filled with stories about the “armed takeover” of the Malheur National Wildlife Refuge by people who have been termed anti-federalist or anti-government militias.  The truth is there is nothing that dramatic going on.  I was at the Malheur Headquarters yesterday and was able to walk around freely.   There were lots of media trucks and crews and even one government guy – Fish & Wildlife.  The environment couldn’t have been more relaxed but there were some serious conversations going on between different clusters of people.

TVOI News owner/cameraman Michael Emry has been on scene in Burns, Oregon since the day before the rally was scheduled.  He came with a group of other Idahoans who intended to provide an expression of concern for the Hammonds and support for the Harney County Committee of Safety.  Today I was finally able to talk to Michael to find out what really happened here.

The rally went on as scheduled and it was a huge success.  Everyone was delighted by the turn out and the mood.  But what happened at the termination of the march, was that Ammon Bundy announced that they were taking a hard line and that a separate group was  already at Malheur National Wildlife Refuge.  They intended to occupy the Headquarters until the federal government returns the Refuge land to Harney County for productive use.

Harney County is a resource rich area but the agencies of the federal government over the years have used their bully authority to force ranchers, lumberers and farmers out of business at which point the feds take over the land and lock it up in the Refuge. This takes the property off the tax rolls and out of productive use.

The Hammond Case follows this well established pattern of abuse.  The BLM used false and scurrilous charges of eco-terrorism to put Dwight and his son in prison which obviously puts them out of the ranching business.  The Feds forced them to sign a Right of First Refusal as a condition of their probation after they were released from prison having served the time that the original judge gave them.   A Right of First Refusal means that the Hammonds must allow the BLM to buy the property first before it is offered to any other potential buyers.

At the time the Hammonds were released from prison, they were on their knees but would have been able to continue their ranching business so the BLM through the U.S. Attorneys office went after them again – appealing their sentence to the Ninth Circuit Court.  The liberal Ninth Circuit overturned the original judge’s sentence for the Hammonds and he applied the mandatory minimum under the Antiterrorism and Effective Death Penalty Act of 1996.  That was the coup de grace for the Hammonds.  They went back to prison and their land will go to the BLM to be locked up in the Refuge.

According to Ammon Bundy who has done extensive research both on western land issues and the Hammond Case, as late as the 1980’s, Harney County was one of the wealthiest counties in the state and now it is one of the poorest and it’s due to federal acquisition of western lands.

Dwight and Stephen are not arsonists bent on destruction.  They were ranchers trying to run their ranching business.  The BLM viciously pursued the Hammonds on charges that the county prosecutor wouldn’t prosecute because there wasn’t any evidence that they did anything wrong.  The fire in 2001 which was to burn off dead grass went a little farther than intended.  It happens all the time both to the ranchers and to the BLM when they do controlled burns.  The 2005 fire was a back burn fire.  There was a fire on BLM land that was started by lightening.  That fire was out of control and was coming towards the Hammonds home and buildings.  The Hammonds lit a back fire which did exactly what it was intended to do.  It burned toward the wild fire and when the two fires met, the fire went out because there was no more fuel (unburned grass).  It put the wild fire out and it saved the Hammonds buildings.  And for those two events, the Hammonds were convicted of eco-terrorism.

Rally for Support of the Hammonds

On the day of the rally, the plan had been to meet after the rally at the Harney County Fair Grounds to discuss how to proceed with the Committee of Safety and the failure of the Harney County officials to respond to the Redress of Grievance.  On the table for discussion was the possibility of creating a Citizens Grand Jury and possibly an enforcement arm for the Committee.   But when Ammon made his announcement that they were already occupying the Malheur Headquarters, confusion reigned.  He was asking supporters to move from a peaceful and legal demonstration to an unlawful occupation of a federal building with plans to hold that building until the Feds agreed to return the Refuge land to the control of Harney County and for the Feds to GET OUT of Harney County and leave the people to live in peace as they had in the past.

True to form, the mainstream media – rather than digging to find the truth of the Occupy Malheur story, chose as they always do to demonize conservatives who having had their fill of government abuse, finally act out to call attention to it.  The media does bleeding heart stories 24/7 for urban protestors who act out against government abuse, but God help anybody from a productive sector who complains about the government putting them out of business.

At this point, it’s not known how this story will end.  It’s really up to the Ranchers of Harney County.  As one Rancher who was at the headquarters said today, we’ve all been complaining about BLM, Forest Service and the Bureau of Reclamation for years.  Now that the world is watching the question is – will those Ranchers finally take a stand and speak out or will they allow the opportunity to pass that Ammon Bundy and the other men at the Malheur Headquarters put their lives on the line to provide to them.  If they allow this opportunity to pass, they will be picked off one by one as their former fellow ranchers have been leaving the western way of life to die a painful and disgraceful death for the lack of courage to stand up for themselves.