Home Michael Michael Emry: A Notch in the Gavel of a New Judge 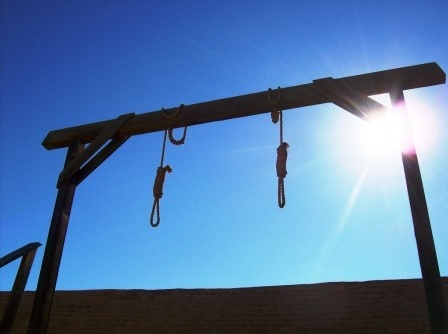 Michael Emry: A Notch in the Gavel of a New Judge 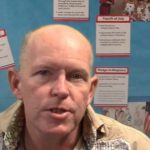 On the morning of May 6, 2016, the FBI executed a search warrant on the property of Michael Emry, owner of The Voice of Idaho News and The Voice of Grant County Oregon  News.   Michael was the embedded reporter for the Idaho III% during the occupation of the Malheur National Wildlife Refuge.  After that ended with the murder of LaVoy Finicum, Michael moved over to Grant County to establish a media operation to support a citizen’s Committee of Correspondence.  Committees of Correspondence were the American colonists trusted lines of communications in the years before the Revolutionary War.

Michael is a foreign weapons specialist.  He knows how to rebuild and re-manufacture weapons discarded by the military after they have been used in combat.  He loves guns and he loves to talk about guns.  He also has a natural talent for organizing people.  That’s a skill he honed during his military service to our country.   As a middle-aged man with personal knowledge of the horrors of war, he uses his knowledge of weapons for street “creds” and in a kind of benign bait and switch way.  The message he was trying to convey was “yes… there are guns – I know all about them,  but we have something even more powerful – we can be our own media”.   And everybody who knows Michael knows that’s the truth.

When the Bundy Ranch situation in Nevada happened in 2014, it was a watershed event.  The alternate media explained the issues – not the mainstream media.  The mainstream media painted the Bundys and all of the people there as outlaws but when the intricacies of the abuse of regulatory authority were explained by the alternate media, the entire picture of the Bundy Ranch Stand Off changed.  The mainstream media was completely discredited.  The Bundys were the victims.  The federal jackboots were the aggressors and they were being used to defend the criminality of the administrative-bureaucratic state and politicians like Harry Reid.

As an observer to the Stand Off and as a man who had seen combat in third world countries, Michael didn’t want to see it here.  He knew that ultimately, the only solution for government corruption is to inform public opinion – to become the media.  As a result of the Bundy Ranch Stand Off, he established an alternate media operation in Boise, Idaho called The Voice of Idaho News (TVOINEWS.COM).

Years before the Stand Off, I saw that our country had taken a wrong direction and I couldn’t in good conscience stand by and do nothing.  My chosen path was to become an information resource for the young people who I knew would inevitably rise up against the tyranny and injustice that was coming at them.   I was a Lone Ranger when I started a website and started researching and writing so I maintained a low profile.   In a time of universal deceit, telling the truth is a revolutionary act ~ Eric Blair aka George Orwell.  Even when working with other people over the years I preferred to stay more underground than above ground.  That changed when I met Michael.

Michael’s wife, Becky Hudson is a social media expert.  When they started TVOI, she went on a mission to find writers.  I wasn’t on Facebook but someone who knew me and knew that I was in Idaho told her about me.  Becky emailed me to tell me what they were doing and to get my phone number.  I gave it to her and Michael called me.  I talked to him for a long time on the phone before I said I would write for them.  Over the next year or so, I continued to probe Michael – looking for hidden motivations and ulterior motives because I’m not a person who trusts easily or quickly.  I’m always on guard but I never, not even one time detected any malice or self-interest in Michael.  His pureness of spirit and good intention shines through his rough masculine exterior.

Though we’ve had our ups and downs – mostly due to my mercurial temperament, we have been three amigos on a mission to challenge the mainstream narrative by bringing a new perspective to the news.  Michael’s support gave me the courage I needed to step out of the shadows – at least partially.  And though I cringe as I write this, I am 100% on Michael’s team and I intend to tell his story.

Most American men don’t have enough calcium in their spine to meet the standard of a loaf of Wonder Bread but not Michael.  Michael Emry is an ordinary man who was doing something extraordinary and he is in jail for his trouble. To all the lounge lizard arm chair quarterbacks, the mainstream media and alternative media with their million dollar setups who say there had to be a better way, I say damn you all to hell!   If there was a better way name it!  When the government is corrupt and the media is their partner in the corruption… when the politicians are for sale to the highest bidder, where do you turn?  What do you do?   Put up or shut up!