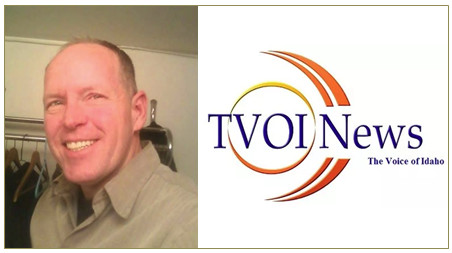 Michael Emry was arrested in John Day, Oregon on May 6, 2016 following a search of his Fifth Wheel that was parked at a local RV Park.  The search warrant was executed early in the morning.  Michael received a phone call from the office of the RV Park that they needed to talk to him.  He drove his car over to the office and was greeted by an FBI swat team of about six officers according to Michael’s Significant Other, Becky Hudson.   Michael has been in custody ever since – 188 days as of today.

Michael has had three public defenders:

Mark Sabitt, Appointed 5/16/2016, terminated by Michael for failure to engage in a defense of Michael.  Sabitt went on vacation for the first hearing and used his partner who was unfamiliar with the case to stand in for him.  The prosecutor introduced into evidence Michael’s 2004 testimony as a government witness in a Tennessee case, it was done without objection from the defense side of the table. At a status conference on 7/20/2016, Sabbit withdrew from the case as requested by Michael.

Lynn Shepard, a family law attorney was appointed by  Magistrate Judge Jolie Russo at the July 25, 2016 Status Conference.  Oregon is a Mandatory Arbitration state for family law issues – divorces, child custody, etc.  In Michael’s case, Ms. Shepard thinks her duty is to negotiate an amicable solution to this little family dispute between Michael and the U.S. Government.

Unlawful Possession of a Machine Gun not registered to him in the National Firearms Registration and Transfer Record.

Unlawful Possession of a Firearm with an Obliterated Serial Number.

Ms. Shepard has been meeting with the prosecutor to discuss issues such as what the defense will be allowed to present at trial.  Since when does the prosecution direct the defenses case?  That’s a stacked deck.  If it’s true, then the public defender is not much more than a warm body with a bar license sitting in the chair where the defense attorney should be.

Since this is my first exposure to the “justice system” (Thank God and knock wood), I’ve had to start from scratch learning about the process, the players and their roles and authorities, the Rules and Laws.  One thing I learned is that there are two kinds of judges in the federal system.  There are Federal District Judges known as Article III judges.  They are appointed for life by the President, confirmed by the Senate.  Then there are Magistrate Judges that are employed by the District Judges to perform administrative tasks.  They are essentially civil service employees with authorities defined in the Federal Magistrates Act of 1979 (P.L. 96-82).

Magistrate Judges can hear civil cases with agreement from both parties but they are not authorized to hear felony cases.  A couple of the administrative tasks they perform are to evaluate probable cause for search warrants, to sign search warrants and to preside at pretrial hearings for felony cases.   In Michael’s case, the prosecution entered into evidence at the pretrial detention hearing, Michael’s testimony as a witness for the prosecution in a 2004 case in Tennessee.  It’s completely irrelevant to the current Matter, but the Magistrate Judge allowed it and Michael’s warm body in the defense attorney’s chair didn’t object.

I realized as I was writing this, that what they do here is very slick.  The Magistrate Judge can only decide whether or not to allow the defendant pretrial release.  She can make no other rulings because she is not authorized to hear a felony case.  This allows the prosecution to present “evidence” that the judge can’t rule on.   The prosecution can lie through his teeth (and he did), bring up irrelevant material and, on the basis of his representations to the court, can leave the defendant sitting in jail on issues that would not be allowed at trial.

The prosecution uses this unconstrained power in a kangaroo court proceeding to keep defendants in jail so that they can’t participate in their own defense.  It gives the prosecutor an advantage in the game of Let’s Make a Deal to get the defendant to plead guilty to something even when they are not guilty.   Considering all of this makes me wonder about the legality of a Magistrate Judge signing a search warrant for what will be a felony case if the officers find what they are looking for as described in the Affidavit when the officer applies for the warrant.

I attended the May 24, 2016 pretrial release hearing fully expecting Michael to be released.  He has no criminal history – violent or otherwise and there were Affidavits from solid law-abiding citizens concerning Michael’s character and his benign activities of establishing a media operation in Grant County.  None of that mattered when the Prosecution introduced Michael’s 2004 testimony from the case in Tennessee.  The case the prosecutor put forward without objection from the defense side was so over the top, that I began serious heads-down research on the system of criminal prosecution.

By October 6, 2016, I had a Writ of Habeas Corpus ready to mail to the Ninth Circuit Court of Appeals.

Latin for “that you have the body.” In the US system, federal courts can use the writ of habeas corpus to determine if a state’s detention of a prisoner is valid. A writ of habeas corpus is used to bring a prisoner or other detainee (e.g. institutionalized mental patient) before the court to determine if the person’s imprisonment or detention is lawful. A habeas petition proceeds as a civil action against the State agent (usually a warden) who holds the defendant in custody. It can also be used to examine any extradition processes used, amount of bail, and the jurisdiction of the court.

Habeas corpus originated in English common law as a means to protect individuals from illegal detention. An individual who had been held in custody could file a petition seeking a writ which would require the custodian to provide adequate legal justification for the detention. If the custodian failed to do so, the court could order the petitioner’s release.