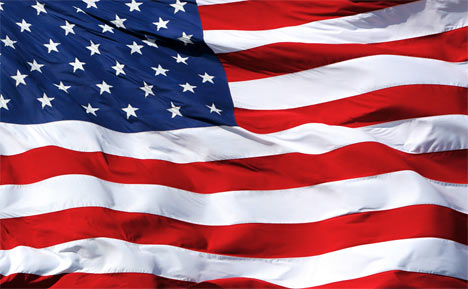 BREAKING NEWS: Governor Butch Otter is expected to call a special session of the legislature to try and pass the Idaho version of the UIFSA which call for state participation in The Hague Convention on the International Recovery of Child Support and Other Forms of Family Maintenance. Idaho Statesman

There is a malady that affects institutions whether they be corporations, government bureaucracies, non-profits, it doesn’t matter. The malady is institutional inertia. It occurs when an institution has been operating for many years with an established system of operation. Any suggestion of change is met with, “this is the way we do it”; “this is the way we have always done it”. For the people inside the system, it’s rather like being in a trench. They see only one way to go and it’s the way they’ve always gone.

Over the past month, I’ve been working on an issue concerning uniform legislation produced by the National Conference of Commissioners on Uniform State Laws (NCCUSL) – more commonly known as the Uniform Law Commission (ULC). They are located in Chicago, Illinois. The legislation written by the ULC is an update to the Uniform Interstate Family Support Act of 2008 (UIFSA). The requirement imposed on the states by federal extortion (withholding program funds) is that all states must replace their existing law with the updated version of UIFSA. The updated version includes reference to an international treaty called the Convention on the International Recovery of Child Support and Other Forms of Family Maintenance concluded at The Hague on November 23, 2007. Simply stated, what this legislation does is to create a global system of Child Support Enforcement under international law. It effectively transfers sovereignty of a process of government to a Special Commission appointed by the Secretary General of the Hague Conference on Private International Law.

For over a century there has been a movement to build an international system of law that began with border issues between nation-states. Andrew Carnegie built the Palace of Peace at The Hague to provide a permanent location for the International Court of Arbitration that was established by treaty in 1899. Taking our thinking about our country back to the late 1800’s, if the intent was to build an international system of law, the first order of business would have been to build a uniform system of national law first – and then to integrate that national law into the international system. The Uniform Law Commission was founded in 1892 and since that time, they have been writing uniform law for the states with the states bending to federal pressure – ceding their independence and ours to the collective that we call the United States. Regardless of the significance of the child support issue in terms of the big picture of things, the point is that the Uniform Law Commission has moved to the international arena and is writing law ceding the independence of our nation to the global collective centered in Europe. QED – it is … what it is.

The question is, what are we going to do about it? My suggestion is that we put a stop to it NOW and that we shut down this seditious operation of “harmonization and integration into international law” through the calcified system of uniform state law. If you don’t think there is a need, then consider this – how independent are the states from the federal government? How much does the federal government rule our lives? How many obnoxious, offensive and oppressive laws has the federal government put on us? Do you think the global collective system of law run by European socialists and communists will make things any better? Will we have any more control over government? Will we have an easier time of dealing with an international bureaucracy than we do with the federal and state bureaucracies?

In Idaho, the legislation written by the Uniform Law Commission to provide model legislation for the Uniform Interstate Family Support Act of 2008 (UIFSA) was in Senate Bill 1067. It failed here due to the quick action on the part of the grass roots activists and the bravery of nine Idaho legislators who refused to succumb to institutional pressure that stopped the bill in the Idaho House Judiciary Committee. 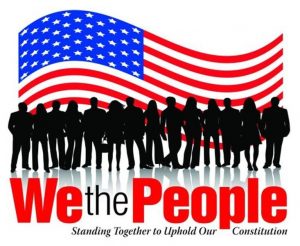 The legislatures in all the states are being extorted to put this model legislation into their state law. The Uniform Law Commission has a webpage on the status of this legislation along with the bill numbers in the respective states (below the map). We need a national effort to stop this legislation and to get it repealed in the states where it was slipped into law without notice.

It should be noted that in some states where it has passed, they have included an amendment or two. Those amendments don’t change the essential, objectionable elements of the legislation. The issue is including our states into the system of international law through the inclusion of a specific reference to The Hague Convention that limits the jurisdiction of our state courts and forces them to recognize foreign court (tribunal) orders.

The states where it was introduced but has not yet passed include:

The states where it has not been introduced include:

If you live in any of the above states and you care about our national and state sovereignty, please contact ALL of your grass roots organizations and call their attention to this legislation.

The organizations that should have an interest would be the Tea Party, 9-12, Eagle Forum, Oath Keepers, the Three Percent, John Birch Society just to name a few.

Tell them, this is NOT about child support. This is about independence.

OUT of the night that covers me,
Black as the Pit from pole to pole,
I thank whatever gods may be
For my unconquerable soul.

In the fell clutch of circumstance
I have not winced nor cried aloud.
Under the bludgeonings of chance
My head is bloody, but unbowed.

Beyond this place of wrath and tears
Looms but the Horror of the shade,
And yet the menace of the years
Finds, and shall find, me unafraid.

It matters not how strait the gate,
How charged with punishments the scroll,
I am the master of my fate:
I am the captain of my soul.