Home Trojan Triangle Pulling the Curtain Back on the Trojans 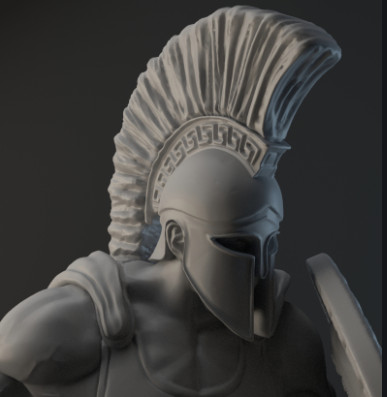 Pulling the Curtain Back on the Trojans

Yesterday, Diana West was on Jason Goodman’s Crowd Source the Truth. This is a must hear interview. West talked about a 2017 article in the Guardian about a meeting between Barack Obama and Chinese President Xi Jinping a few weeks after Donald Trump’s visit to China. She has an article on her website about the Guardian article where she highlighted the fact that Chinese media dubbed Obama and Xi “veteran cadres” – essentially comrades in common cause – for the party.

In 2010, we here in Idaho brought national attention (for as far as we could reach) to the attempt by local government officials to bring Communist Chinese money into our state after spending months trying to reverse engineer the system that had been developed for use of the communist money. It was a complex, layered system under the heading of ‘economic development’ using foreign money, involving cross-jurisdictional agreements, the establishment of a special zone (port/foreign trade zone) with connections to the universities, workforce development, and transportation. The effort was multi-year and it included expansion of city land use planning to regional land use planning with Agenda 21 (aka Smart Growth) as the guiding principles. The strategy was so big and complex, it needed a name to encompass all elements as I was finding them so I called it a Trojan Triangle.

This link is the page where I was posting my research as I was trying to define the design of what I was seeing.

In January of 2011, a few days before the National Governor’s Association conference, I wrote an article about the Communist Chinese company Sinomach that intended to invest in the Meridian/Boise area. My analysis was that the exchange of foreign direct investment was a criss-cross, double cross.

A friend of mine ran with the ball on Sinomach. She produced a beautifully done compilation of articles and information about the Communist Chinese party and Sinomach. She titled her report after a poem of unknown origin: One Man Awake.

It was terrifying to watch communist money flow into Idaho – into private hands through the sale of American citizenship via the EB-5 visa program. The Idaho Department of Labor had certified to the U.S. Department of Labor that large sections of Idaho were qualified to be Targeted Employment Areas (TEA Zones) – hence qualified to receive foreign direct investment and worst of all, it had to be – and was approved by the Department of Homescam Security. (It should be noted that this conspiracy of treason didn’t start with the Obama administration. It started in Idaho during the George W. Bush’s administration when the woman I call Chairman Chao – Elaine Chao was the Secretary of Labor).

Cities, census tracks, blocks or townships with rates of at least 150 percent of the national average unemployment rate located inside metropolitan statistical areas are automatically designated as targeted employment areas.

At the time, I didn’t have a good enough understanding of international trade policy to be able to write about it but I did wonder – Where were the FEDS while Idaho was being sold out? Where was the military that was supposed to protect us? Where was the CIA who were supposed understand communist infiltration and subversion? Where was the FBI while our local officials were being corrupted by foreign money? It was like Idaho had been abandoned and surrendered to communism and the official government policy was invincible ignorance about the whole thing.

So that’s the intro as it were, for this section of the website. The subject is communist infiltration of Idaho orchestrated by our own government. It could never have happened without the enabling legislation and the cooperation of government employees at all levels of government.

So how does all this relate to Diana West’s research about Robert DeNiro and Aras Iskenderovich Agalarov and Donald Trump?   My description of the Trojan Triangle system was from a domestic point of view of a citizen on the ground.  West’s description of  the activities of DeNiro, Agalarov and I’m adding Donald Trump (foreign direct investment in Scotland) is of the activities of the wealthy Trojan investors from the point of view looking outward towards a foreign site of Trojan infection and the partnership of wealthy foreign and domestic investors.  When my stories of foreign investment in Idaho are juxtaposed with the activities of  wealthy investors, it should present a whole picture of the global scheme and it should be obvious that the intent is a global system of economic domination through the system of Trojan Triangles (economic choke points).  Inherent in the design is the strategy of disintegration of the nation-state.

To test my theory, I chose to look at Evelyn Lieberman first because I wanted to know if Evelyn was in any way related to Joe Lieberman who was the Senate Representative on the Clinton Administrations ‘Reinvention of Government’ program.  I didn’t find a connection because after reading an article on Breitbart: Witness: Fusion GPS, Trump Tower Participants Met with Clinton Associate Ed Lieberman and seeing that he was connected to the Albright Group, I pursued that angle.  My suspicions were confirmed when I read a one page description of the principals and the activities of the Albright Group LLC on a website called Tech-Insider.   In particular, this paragraph is the reveal:

We have supported industry leaders in health care, telecommunications, entertainment, consumer products, water, information technology, energy, emergency response and environmental protection, among others. Our clients have ranged from Fortune 50 companies and venture-funded startups, to foundations and not-for-profit organizations.

The above are all interconnected elements to the Trojan Triangle system located in port zones and global cities creating economic chokepoints where they are located.  The Trojan Triangles connected globally constitute a strategy of economic warfare for domination against the interests of the Westphalian nation-state system. 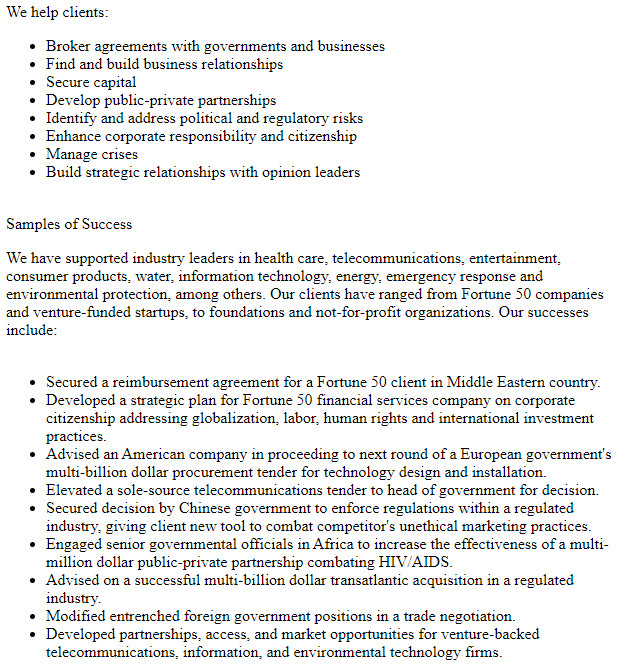