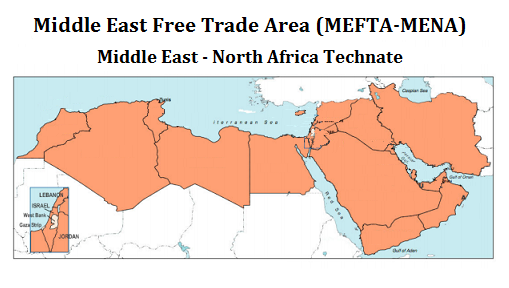 The Road To Benghazi – Part 1

The road to Benghazi actually began in Amman Jordan.  In 1995, Secretary of State Warren Christopher gave an Address at the Amman Economic Summit in Jordan.  The title of Christopher’s speech was: Transforming the Middle East through a Public/Private Partnership.  What Christopher was announcing was a State Department plan to promote regional economic development and integration.   He listed three initiatives for the region:

In 1994, the State Department and Jordan announced that Jordan was Open for Business.  At the 1995 Summit where Warren Christopher spoke, he said there were 125 American corporations “leading the way”.  Lockheed-Martin would conduct a feasibility study for a regional airport.  Sprint and AT&T announced a joint venture with Jordanian partners to hook Jordan up to the “information superhighway”. Culligan Water Technologies was to sign an agreement to “manufacture bottled water” in Jericho.  And General Electric was close to finalizing a large contract to supply Egypt with locomotives.

In 2000, Jordan joined the World Trade Organization.  The U.S. International Trade Commission published a report on the Economic Impact of the United States of a U.S. Jordan Free Trade Agreement.   The Jordan FTA was signed by George W. Bush on  September 24, 2001.  On September 28, 2001, the Bush White House released an announcement that the Jordan Free Trade Agreement was going into effect.   According to the press release, this agreement was the third free trade agreement and the first with an Arab country.

The agreement with Jordan is important because it provided the beachhead in the Arab world for the U.S. multinationals and the regional strategies of the global institutions – IMF, World Bank, United Nations, the European Commission and the United States.

It appears that the first step is get the target country to establish a free trade zone aka foreign trade zone, aka special economic zone – different names for the same construct.   It is essentially an island of international territory within a country.  If the country is on the ocean, it is adjacent to the port.  If it is inland, the island becomes an inland port.

September 11, 2001 was used as the excuse to bring the American military into the Middle East – first to Afghanistan but it became painfully obvious that Afghanistan was not the target.  Iraq was the target – but it wasn’t the only target.

In 2003, the military took down Saddam Hussein’s government, L. Paul Bremer was named the head of the Coalition Provisional Authority and they proceeded to rebuild Iraq’s critical infrastructure while attempting to drop into place a turnkey system of “democracy“, economy and governance under the international system.

Also in 2003, George Bush gave a commencement speech  at the University of South Carolina.  In that speech, he announced his proposal for a U.S.-Middle East free trade area within the next decade:

In Iraq, we are restoring electricity and water and providing medicines and supplies and removing the thugs who threaten the peace and order of the country. Iraqi citizens have conducted two major conferences to discuss their country’s future and place themselves on the path of self-government.

Soon, Iraqis from every ethnic group will choose members of an interim authority. The people of Iraq are building a free society from the ground up, and they are able to do so because the dictator and his regime are no more.

America is working with governments and reformers throughout the Middle East. We are strengthening ties through our Middle East partnership initiative. As a further step, Secretary Powell and Trade Representative Zoellick will meet with regional leaders in Jordan next month to discuss an agenda of economic and political and social progress. Progress will require increased trade, the engine of economic development.

The combined GDP of all Arab countries is smaller than that of Spain. Their peoples have less access to the Internet than the people of Sub-Sahara Africa. The Arab world has a great cultural tradition, but is largely missing out on the economic progress of our time. Across the globe, free markets and trade have helped defeat poverty, and taught men and women the habits of liberty. So I propose the establishment of a U.S. -Middle East free trade area within a decade, to bring the Middle East into an expanding circle of opportunity, to provide hope for the people who live in that region.

We will work with our partners to ensure that small and mid-sized businesses have access to capital, and support efforts in the region to develop central laws on property rights and good business practices. By replacing corruption and self-dealing, with free markets and fair laws, the people of the Middle East will grow in prosperity and freedom.

Making the most of economic opportunities will require broader and better education, especially among women who have faced the greatest disadvantages. We will work to improve literacy among girls and women building on similar efforts in Afghanistan, and Morocco, and Yemen. We’ll provide resources for the translation of early reading books into Arabic and donate those books to primary schools in the region.

And, ultimately, both economic success and human dignity depend on the rule of law and honest administration of justice. So America will sponsor, with the government of Bahrain, a regional forum to discuss judicial reforms. And I’m pleased that Supreme Court Justice Sandra Day O’Connor has agreed to lead this effort.

Every word in that speech is important to understand – not just the words, but the ideas behind the words because they tell you what is happening to our nation and more importantly to our state.

Do you remember when General Wesley Clark said this?

They were taking out the leaders of the countries so that the region could come under the management of the international system of commerce.   The management is technocratic –  comprised of lawyers and IT people to install telecommunications systems to connect to the global control grid. 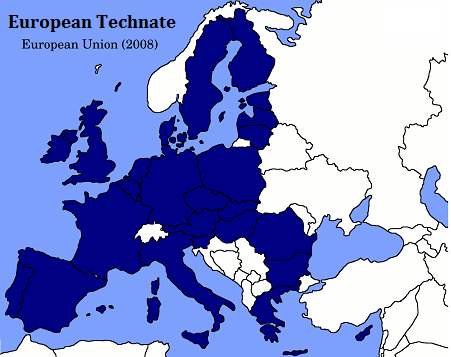