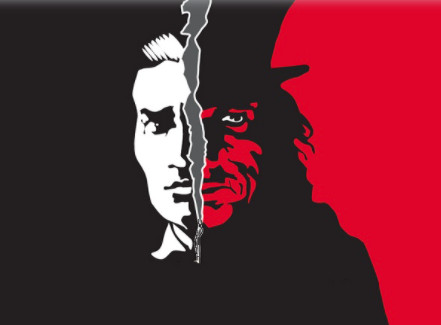 On December 30, 2020, Tom Fitton of Judicial Watch did a special interview with General Michael Flynn.  In the interview, General Flynn said referring to when the Obama Administration first came into office, “it felt like a hostile takeover by a hostile force“.  I have no doubt of that.

It’s a very important interview but what drew my attention was the mention of a report produced by the Defense Intelligence Agency (DIA) on September 12, 2012 concerning the attack on Americans at the State Department compound in Benghazi.  I believe General Flynn was head of the DIA at that time.

To the right is the interview with the time set at the point when Fitton mentions the report and then Flynn talks about it.

The parts of the report that are significant to me and my research are the following highlighted excerpts:

AZUZ was to set up bases in Libya

AZUZ established a college in Derna

It was located near the hospital 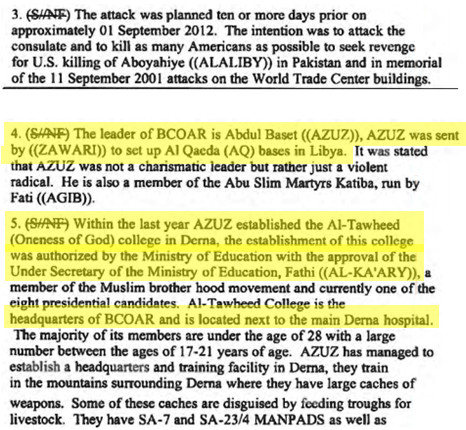 Hospitals, bases and colleges.    They are key elements in the globalist cookie cutter economic development plans.  The bases (transportation hubs) relate to the global transportation system for international commerce, the hospital (emergency room in particular) is an element of the global health system and global emergency management system.  The colleges have a special role as “workforce developers”, they are the beneficiaries of the “innovation economy” – research dollars, foreign dollars, corporate dollars – king makers in the global system of work.

To understand the significance as I’ve understood it requires reading my prior research on Benghazi, the Undeclared War for Ports and the G7 Global Systems and in particular, the Global Emergency Management Information Network Initiative (GEMINI).

The punch line is that the global mafia is creating conditions of insecurity (insurgency) and then they offer security (embedded security insurgency).   I came to that conclusion after hearing the Fitton-Flynn discussion, reviewing my own research and then going back to 2011 it becomes obvious for reasons that you will see – and that you are now living.   Remember, I’m an Analyst – not a journalist so I’m walking you through my logic.

I searched on the word:  BCOAR  Brigades of the Captive Omar Abdul Rahman (the Blind Sheik)

That search located a website called the Clinton Foundation Timeline, on which is located this article by Katie Weddington:

September 12, 2012 – The day after Benghazi attack in Libya, the Defense Intelligency Agency (Michael Flynn) releases a report saying the attack was planned 10 days in advance

The July 14, 2011 article is about one of Sid Blumenthal’s  emails to Hillary about a security company called  Osprey Global Solutions  headed by Army Major General David Grange.  The following are the significant passages from the article:

He adds, “Grange can train their forces and he has drawn up a plan for taking [the Libyan capitol of] Tripoli… This is a private contract. It does not involve NATO. It puts Americans in a central role without being direct battle combatants.

Blumenthal is a private citizen, journalist, and Clinton Foundation employee at the time. “Tyler” is Tyler Drumheller, who worked for the CIA until 2005. “Cody” is Cody Shearer, a longtime friend of Clintons. Blumenthal, Drumheller, and Shearer formed a business relationship to help Osprey.

The information on Osprey’s website in 2011 had to be extracted because the formatting they used at the time is not easily readable now.

Bio’s of Leaders of Guardian 24/7, partners of Osprey

Now, go back to the extracted website of Osprey and read the list of services under the category:   Life Support Services – Medical.

There you have it –  Global Health and Global Emergency Management at a transportation hub/ with a privatized paramilitary team building the global force structure.  The public side is diplomatic and philanthropic.  The dark is psychopathic. 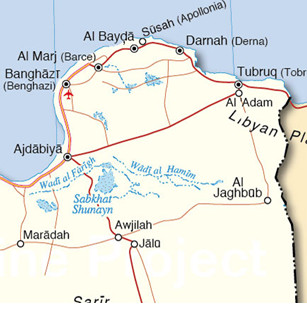 Obama, Hillary Clinton and the people in the upper reaches of his administration knew what happened at Benghazi but they chose to fabricate a story.  Why?