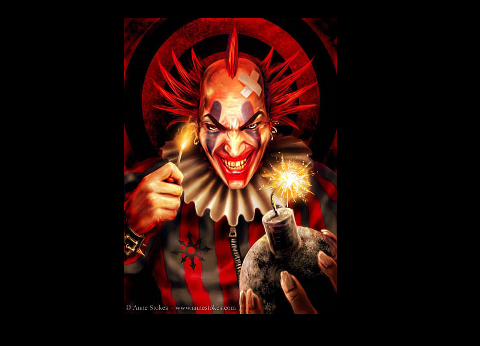 The Road To Benghazi – Part 2

Libya:  The Clowns Come to Town

When George Bush announced the plan for a Middle East Free Trade Area (MEFTA), he was declaring social war on them.  Social war is a different kind of war.  It uses actors and social theatre, outside change agents and domestic insurgents, media for propaganda and social manipulation, overt financial assistance for “economic development”, covert financial assistance for anti-government factions, and the injection of non-governmental organizations that purport to represent “community consensus”.  All of these groups and individuals are clowns in the circus of social transformation.

Social war invariably leads to armed conflict because the introduction of artificial social change brought into an area by the clowns of the global social community must necessarily sow their seeds of discontent quickly so that they can move to another location to destroy.  They have a playbook from which they draw their scripts, objectives and strategies.  Libya is a good country to study because there is a clear beginning and because for better or for worse, Muammar Qaddafi was always larger than life on the global stage.

I did a search on PBS – Frontline to see if they had any documentaries on Libya.  They did have one probably not coincidental to George Bush’s announcement of MEFTA-MENA.  It’s an excellent view of Libya in 2003 – before the clowns came to town.  It has a date on it of August 3, 2006 so presumably that’s when they posted it as a brief.   At the end of the video, the producer mentions that a few weeks after the video was shot, the US removed Libya from the list of sponsors of terrorism and would begin the process of restoring full diplomatic relations.

2002 Before a President makes an announcement like that, there are diplomatic negotiations that go on before that. According to this webpage, the U.S.-Middle East Partnership Initiative began in 2002.

2003 Libya: Out of the Shadows   Frontline Video   Link to PBS page 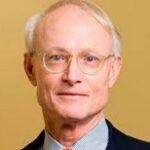 2004 Mr. Cluster Ph…k arrives in town. Michael Porter, Harvard Professor, teaches fascism – monopoly control under the label “competitiveness”. Porter founded the Institute for Strategy & Competitiveness and the Monitor Group. The first step in conversion to a fascist organizational structure is to do a Cluster Study. Herr Porter and his group provide the clowns for the circus.

Side note: I first encountered Michael Porter and his Cluster (^&% Study reports when I was analyzing a construct in Boise, Idaho that I called a Trojan Triangle because I needed a name for it. It turns out that what the construct is – is an inland port, zone of economic domination for a city. It comes with fascist leadership – public-private partnership just like Warren Christopher described in his 1995 speech. You’ll notice that in Boise they were going to try to use Chinese money.

Inland Ports – Chokepoints for the Economy

From Ivy League Rackets to Treason to Crimes Against Humanity

The question that comes to mind after seeing what happened in Libya, since a stadium always seems to be on the standardized list of cluster study recommendations, does Michael Porter bring the Muslim Brotherhood with him? Or does he pave the way for them to come? That’s not as outrageous as it might seem – research it – starting with the Minneapolis Airport.

Countries (where the Institute for Strategy & Competitiveness have done their dirty deeds).

2006 The Monitor Group (Michael Porter and Mark Fuller, co-founder) offered to help Qaddafi update his security. The plan was to establish a new agency called the National Security Organization – no doubt the Libyan version of the Department of Homescam Security.

2010 In 2010, right before the Libyan revolution, Qaddafi gave an interview to a British journalist.

The facility where Stevens, Smith, Woods and Doherty were murdered was not a standard State Department facility for diplomats. The facility was called a ‘Special Mission Compound’.

What might a ‘Special Mission Compound’ have been? How about a USAID facility?

2014 The Frontline Club of London which apparently is the British version of the National Press Club produced a video of a discussion group to talk about Libya. The title of the video is Libya: A Failed State? 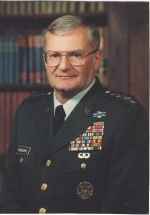 Gen. John M. Shalikashvili, Chairman of Joint Chiefs of Staff 1993-1997, “He also serves on the board of directors of The Boeing Company, United Defense, L-3 Communications Corporation, the Frank Russell Trust Company, United, Inc., as well as the Atlantic Council and various military organizations.”

From 1993 through 1997, the Polish-American General John Shalikashvili was Chairman of the Joint Chiefs of Staff. This was in the critical timeframe when the technocratic tyranny – reinvention of our government was being implemented.

Shalikashvili’s initiative was called Focused Logistics. If you compare the elements of Shalikashvili’s plan with what was being done in Libya – and as Herr Porter’s turnkey economic program is dropped into location after location around the world, then you will see the parallels. It’s unmistakable.

Road to Benghazi – Part I