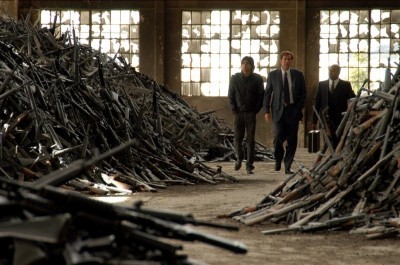 The Road to Benghazi – Part 3

Part 3 of this series connects the international zone in Benghazi – probably foreign trade zone with the military/business strategy of regional domination with the “economic development” strategy in the U.S. in the form of intermodal commerce zones aka foreign trade zones.

Benghazi:  The Business of War

A couple of weeks ago, Judicial Watch released a few documents they were able to obtain through FOIA requests from the Department of Justice. Most of the information is redacted but not all of it. One of the documents contained the following report on the weapons transfers from Benghazi to Syria.

In another report, it says the following:

The important part is “international sheltering similar to what transpired in Libya when Benghazi was chosen as the command center of the temporary government”.

The murders of Ambassador Chris Stevens, Sean Smith, Tyrone Woods and Glen Doherty  occurred on September 11, 2012. In some of my research on the health care system, I came across information that one purpose of Chris Stevens’ trip to Benghazi had to do with “modernization” of the hospital.  I wrote about it in January of 2013.

Benghazi Bamboozle:  The Story Within The Story

Until a few days ago, I was unable to reconcile the weapons part of the Benghazi story with health care part of the story but I see now how they are related.   If you refer back to Part 1 of this story concerning the strategy expressed by Warren Christopher, you’ll see that multiple countries are involved in pressuring the target country to join the proposed “union” or Technate as I’m now preferring to call it.  Ultimately, what is set up is a foreign trade zone.  The foreign trade zone is international territory even though it might be in the middle of a country with no water borders as in the case of Idaho.

You can read about how it was set up in the U.S. here:

How the U.S. Became a Land Bridge Between Two Bodies of Water.

One of the other requirements for a foreign trade zone is computerized access to the World Customs System.  This system is the “market hub” for shipping documents transfers, transportation (rail, ships, trucks, highways, port-to-port connections, freight tracking, etc.).    In other words it is a global logistics system.  Referring back to Part 2 of this story – General John Shalikashvili’s plan for Focused Logistics and you’ll see that Health Services is a part of the plan.  When the plan is presented in the military context, it’s to be able to patch up the fighters quickly to get them back to the battle – or to evacuate them out to a hospital out of the area.

In the civilian context, the transportation plan for the United States includes a provision that was passed into law in 1966 requiring emergency medical facilities and transportation for people injured in accidents on the highways.

It’s pretty obvious that weapons are being shipped through the foreign trade zones (aka free trade zones, aka special economic zones, etc.) which are international territory under the control of customs agents.   Customs agents – while they might wear a national uniform are still working under an international system of law.

The weapons are being used for progressive destabilization of the countries of the Middle East.  The global plan as presented in the business arena is the “free movement of goods and services across borders”.   In military and political terms that means the elimination of national borders and national laws.  The replacement for national laws are international laws and “rules” which give foreign businesses and foreign workers equal access to the “business” elements of the economy.   But the plan is mirrored here in the United States – because it is a global military plan masquerading as a business plan.

It’s not only guns that can be shipped into a foreign trade zone.  During a hearing on the Port of Los Angeles a number of years ago, Representative Loretta Sanchez was questioning a customs officer regarding inspections of the containers. Her district included the Port.   I forget the number of containers that were inspected – it was a very small percentage of containers coming from China that were inspected.  Representative Sanchez made a comment about some of the containers having air holes in them.    I don’t think you need to be a military strategist to figure this one out.   We know that guns come through the foreign trade zones – unchecked and unregulated.    If the enemy is patient – and we know they are, they can ship enough foreign fighters into the trade zone warehouses for temporary quarters until they can be distributed around – waiting for the moment to strike – and they strike at the speed of a Cobra.   “Joint Deployment and Rapid Distribution”

In an area like Idaho, the refugee centers serve as “cover”.  They import enough foreigners as refugees making them visible in the community so that people get used to seeing them.  From that point, it’s just a matter of slowing increasing the numbers – making sure they don’t congregate until the right time and then overwhelming and terrorizing the community at the takeover point.   “Joint Theatre Logistics Command and Control”.  Fusion Centers.

That’s what was done to Libya.  We have only the word of the media saying that the people who killed Qaddafi were Libyan rebels.  They could have been fighters from anywhere in the Middle East and we wouldn’t know.

After Qaddafi was murdered – Mission Accomplished – Ambassador Chris Stevens was assigned the task of gathering up the weapons from the revolution.  They were put into an international facility (off limits to local law enforcement) for shipment to Syria in preparation for the destabilization of Syria.  It’s similar to a frog jumping from lilly pad to lilly pad except that it is a program of destabilization hoping from country to country in the targeted region.

The entire global free trade agenda with the international port concept is a business façade on a military strategy for a global totalitarian control.   The “free trade” agreements were never about trade in the economic sense.  They were about building an international system of law and international institutions for enforcement.   It’s like Hitler’s alleged plan but instead of uniforms, the soldiers wear are suits, ties and skirts.  As long as the media puts a business face on it with the messages of “it’s just business – go shopping” the public is kept passive and unaware of the danger ahead.

Getting back to Libya, one of the Wikileaks documents (recovered from the internet archive) was a cable message from Tripoli by Chris Stevens.

Summary: In a strongly worded speech at what was characterized as a mini Arab League summit, Muammar al-Qadhafi sharply criticized a French-backed Mediterranean Union proposal, claiming that attempts to incentivize southern Mediterranean states with investment schemes were insulting.”

Qadhafi opposed the idea of participation in a Mediterranean Union (aka MEFTA-MENA) until the day he died.

In an article in The Atlantic written by Jacqueline Frazier who worked for Qadhafi’s eldest son, she wrote:

…Saadi had talked to me often about his complicated relationship with Muammar. Despite a childhood of immense wealth and privilege, Saadi still lacked the thing he wanted most: his father’s approval. He had resented Muammar’s lack of support for his free-trade zone, and the rift between the two had deepened over the course of the war. They hadn’t spoken to each other in three months. Now Saadi appeared to realize that he would never have his father’s approval, or even another conversation with him. And so, while I privately celebrated Muammar Qaddafi’s exit, I grieved for this other man, a friend who in just six months had lost three brothers and his father.

As his dominion over Libya crumbled with surprising speed, Colonel Qaddafi refused to countenance the fact that most Libyans despised him. He placed blame for the uprising on foreign intervention — a United Nations Security Council resolution intended to defend civilians became the contentious basis for NATO airstrikes on his troops.

“I tell the coward crusaders: I live in a place where you can’t get me,” he taunted defiantly after the uprising against his rule started in February. “I live in the hearts of millions.”

That attitude endured to the end. In one of his last speeches, made weeks after Tripoli fell and he was a fugitive, he exhorted Libyans to defeat the uprising.

“The people of Libya, the true Libyans, will never accept invasion and colonization,” he said in remarks broadcast by a Syrian television station because he had lost control of Libya’s airwaves. “We will fight for our freedom, and we are ready to sacrifice ourselves.” 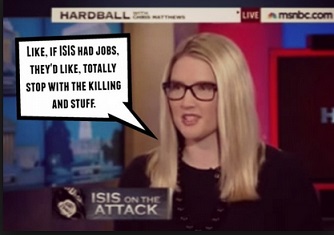 The ultimate irony of it is that all of the documentation for the strategic plan – both military and domestic is in the public domain making the national security curtain as transparent as a piece of glass for anybody who bothers to read it.

Please read it.  Our country’s future and the future for America’s children depend on it.

A lot of it can be found on my website:  Channeling Reality