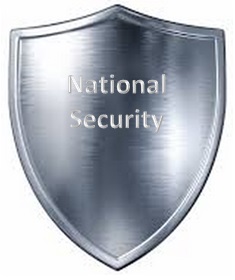 The Shield of National Security

One detail concerning the refugee resettlement programs that I hadn’t paid much attention to until this week was the fact that the programs in Idaho are being run under the Wilson-Fish amendment.   Ann Corcoran who has the Refugee Resettlement Watch website, has a good article on Wilson-Fish.   The Wilson-Fish Amendment to the Immigration and Nationality Act was passed in 1984 and included a series of programs – specifically for California because they were receiving 22 percent of the incoming refugees and a disproportionate number of them were ending up on the welfare rolls.

The Wilson on the Wilson-Fish Amendment was Senator Pete Wilson of California.  The following are the significant dates when Pete Wilson was in office:

It should be noted George Deukmejian was born in New York – but to Armenian parents who “fled the Ottoman Empire to escape the Armenian genocide (wiki)”.

This is a point of convergence with some of my earliest research on a true villain – a traitor to America named Harris Miller.   Harris Miller is an immigration attorney and lobbyist.  The following is from Miller’s bio on Wikipedia, (note: link to Fragomen was added by me)

“Early on, Miller was an aide on the U.S. House Judiciary Committee; a legislative director for former U.S. Senator John A. Durkin (D-NH; 1975-80); the Deputy Director of Personnel Management for Congressional Relations in the Carter Administration; and a legislative assistant for the Subcommittee on Immigration, Refugees and International Law.

Harris Miller’s firm, Immigration Services Associates (ISA) was hired by the National Council of Agricultural Employers  and in 1982, the Council raised a million dollars for the campaign of George Deukmejian.  Deukmejian was the State Attorney General before he became governor and he is the one who began shutting down enforcement of the state’s historic farm labor laws.  According to the UFW, “Thousands of farm workers would lose their UFW contracts.  Many were fired and blacklisted”. 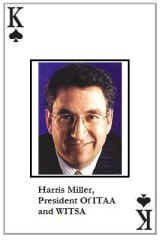 During that period in the 1980’s, Miller used a blitzkrieg strategy of media propaganda to create the illusion of ‘shortages’, which he then used as evidence to lobby for increasing the supply of imported migrant farm workers.  He supplied the media with stories “fields full of crops, just lying there, rotting in the sun because of the ‘crisis’ – a ‘shortage’ of farm workers.”  There was no crisis.  There were plenty of migrant farm workers.  Miller invented the “shortages” story and used images and planted news stories to break the back of the United Farm Workers Union.

In 1995, Harris Miller became president of a new organization – the Information Technology Association of America (ITAA).   On Fragomen’s timeline posted on wiki, they opened an office in Silicon Valley in 1995 – corresponding to when Miller became President of ITAA despite his complete lack of knowledge of IT.   Harris Miller repeated the strategy of shortage shouting   of IT workers that he’d used against farm workers.  (See Zazona shortage shouter archive).   He lobbied the Congress for huge increases in H-1B visas for Indian IT workers.

Backing up a little more, on December 8, 1994, the U.S. Senate voted to approve the Marrakesh Agreement that was the conclusion of the Uruguay Trade Round of the Generalized Agreement on Trade and Tariffs (GATT).  The bill number – H.R. 5110 called for the creation of the World Trade Organization under the United Nations System.   This agreement included Trade In Services – which means employment .   The ultimate objective of the WTO is free movement of goods and services across borders.     A service represents a person or a job.  It was an act of treason for the senate to vote to approve the Uruguay Round of GATT.  It was an act of economic warfare on the American people and an invitation to a walking invasion of our country by people who intend to displace us in our own country.

IndiaPAC – The tech industry and the Indian government bought our congress.   And they are still handing out the money.

On April 19, 1995, the Murrah Building in Oklahoma City was bombed.  The bombing of this federal building was the trigger pull for the initiation of one of the largest IT projects in world history and the takedown of the American government – handing over “management” to IT industry leaders who were bringing in foreign IT workers to replace American IT workers.  That was the beginning of police state America.   The project for the protection of critical infrastructure was the direct result of the Murrah Building bombing.

In view of the bombing of a federal government building, that would make sense – except for one thing.   The ITAA – Harris Miller, the traitor immigration attorney turned Information Technology industry leader, was selected to be involved in the Critical Infrastructure Protection Center, the Fusion Centers – panopticons of surveillance and data collection.

For over 30 years, the NSTAC has brought together up to 30 industry chief executives from major telecommunications companies, network service providers, information technology, finance, and aerospace companies. These industry leaders provide the President with collaborative advice and expertise, as well as robust reviews and recommendations. The NSTAC’s goal is to develop recommendations to the President to assure vital telecommunications links through any event or crisis, and to help the U.S. Government maintain a reliable, secure, and resilient national communications posture.

Another IT related propaganda campaign that was kicked off in 1995 that worked in the favor of ITAA shortage shouting was the Netscape IPO.   It was the beginning of the Silicon Valley dot.con game.  Netscape was just a browser – not a big deal.   It was the media hype surrounding it and the pumping of the stock that made it a big deal.

John Doerr, a Silicon Valley venture capitalist backed Netscape.  The media hype was magnified when in 1996, Netscape sued Microsoft.  In the history of the internet story below, the back story is told by somebody who was there.

In 2001, John Doerr apologized for helping to fuel the dot.con game.

Harris Miller’s media propaganda campaign served to flood the IT job market with foreign IT workers. John Doerr’s media propaganda campaign fueled the stock market bubble creating and selling the illusion of a new type of economy on the horizon.  When the bubble burst, our economy collapsed.  IT jobs were among the best, high paying middle class jobs we had.  When a company fires their entire IT staff, replacing them with foreign workers, it has a huge impact on the economy where it occurs and the multiplier effect works in reverse rippling negatively throughout the economy. 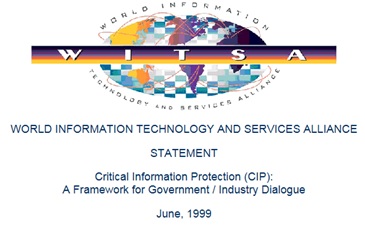 Harris Miller, the lobbyist immigration attorney traitor to America was also the president of WITSA.   In a WITSA publication recovered from the Internet Archive, the paper named above begins like this – emphasis added:

What Harris Miller did was to engineer an administrative coup d’etat on our government through the flooding of our job markets with foreign IT workers.  These foreign workers operate in the bowels of government and behind the shield of national security.  That’s why the American people are considered the enemy on our own soil.