On July 9, 2015, TVOI News got a tip that there was a large plane bearing the emblem of the United States at the Boise Airport. We were told that the plane looked like an official United States plane – like Airforce One but somewhat smaller. 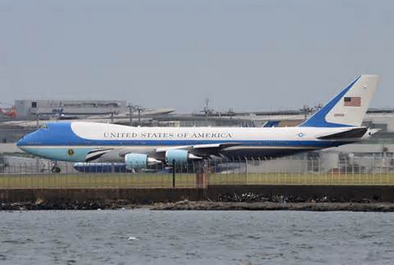 When she inquired about the plane, she was told that it was the Secretary of Defense.  I immediately thought about the annual meeting that is held in Sun Valley by a guy named Allen.  I remembered the meeting because Katharine Graham, the powerful publisher of the Washington Post fell down, hit her head on the sidewalk and died at the meeting in 2001.   Freak accident supposedly.  She died at Saint Al’s in Boise after being air lifted to the hospital.

“To discuss the collective media agenda for the coming year”.

Somebody should tell Ashton Carter that he doesn’t need to go to the Middle East to find ISIS.  They are here… slow walking in like an army of ants invading a food pantry.